The “Pinocchios” of United States’ politics 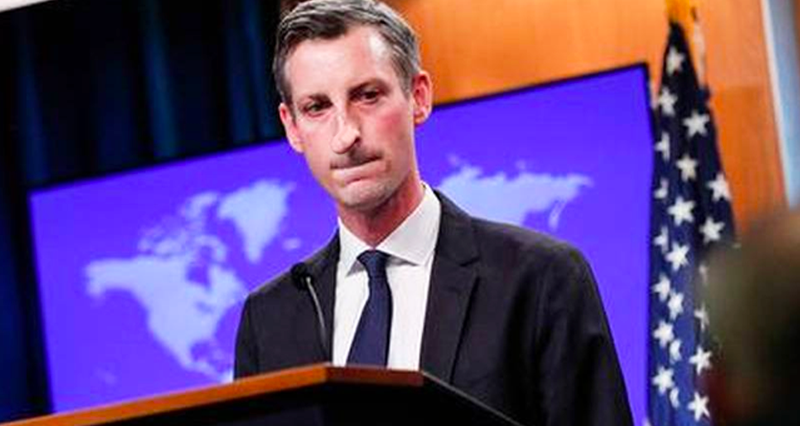 Today, we will approach the urgent need to prevent an absurd war from the perspective of how a lie is manufactured from the collusion between Western governments and transnational media.

Last week, the United States Department of Defense declassified a video of the suicide attack perpetrated by the Islamic State (IS) on August 26, 2021 at one of the entrances to Kabul International Airport, causing hundreds of victims. The investigation carried out in this regard concluded that, contrary to initial declarations, this was not an organized and structured attack with high technology by IS terrorists, who apparently, after the explosion, would have shot at the crowd that concentrated at the airport trying to leave the country after the arrival of the Taliban to power. In reality, what happened was that a suicide bomber detonated “a single explosive device”, according to the head of the United States Central Command, General Frank McKenzie.

However, the recognition that the information provided at first hand was false, does not hide the following fact: Affirming anything without any responsibility, organizing media campaigns, mobilizing public opinion and even making government decisions based on these “mistakes” has become daily practice in the West. In the background, it becomes clear that everything goes – including lies, stupidity and deception – when it comes to obtaining the desired objectives.

Almost at the same time that this aberrant lie was revealed, during a press conference on February 4, the journalist Matt Lee from Associated Press put State Department spokesman Ned Price in serious trouble by requiring him to present evidence about the “imminent attack” that Russia would be preparing against Ukraine, especially after the spokesperson tried to defend the non-presentation of evidence or sources on the information obtained by intelligence agencies.

Price’s “Hollywood-like” exposition did not convince Lee, a veteran journalist with long experience, who asked the spokesperson to present evidence about the false flag actions that Russia was supposedly organizing and the serious accusation that was being presented. Observing the obvious discomfort of Price, who seemed to catch with a lie, Lee reiterated the questions. Price wanted to satisfy the journalist by telling him that this was information known to the US government, he called it “intelligence information that we have declassified.” It is worth referring verbatim to the dialogue that ensued below:

Matt Lee: Well, where is it? Where is this information?

Ned Price: It’s intelligence information that we have declassified.

Matt Lee: But where is it? Where is the declassified information?

Ned Price: I just delivered it.

Matt Lee: No, you made a series of allegations…

Ned Price: What do you want, Matt?

Matt Lee: I want to see some proof that you can show in order to confirm that the Russians have been doing this.

Ned Price: You’ve been doing this for…

Matt Lee: That’s right, I’ve been doing this for a long time…I remember the WMD [weapons of mass destruction] in Iraq, and I remember that Kabul wasn’t going to collapse…I remember a lot of things. So where is the information, apart from statements made by you?

Price was caught in his lie, that has been documented in front of the public opinion, no matter the attempts made to hide it. He and Jen Psaki, spokeswoman for the White House, are the official hustlers of the United States government, they play the same role as Joseph Goebbels in Nazi Germany. Just like the Nazi government, the US government organizes a propaganda machine in order to confuse public opinion, creates false reflections of reality and tries to lead citizens as if they were sheep into the corral of the corporate interests of imperial power.

The US governmental truth

When Price had no arguments left, he tried to counterattack Lee, urging him to assume positions based not on journalistic ethics, but on the unrestricted defense of the “truth” of the US government. He told him: “…I am sorry if you do not like the content, I am sorry that you are doubting the information that the American government has…If you doubt the credibility of the American government, the British government and other governments and want to trust the information that the Russians emit, you can do it”. In this way, Price, acting in line with his previous employment as a CIA agent rather than as a spokesman for the United States State Department, issued an open threat insinuating that repeating what the Russian government says placed the journalist on the threshold of treachery. Goes freedom of the press!

In this context, on Saturday 5, the same agency Associated Press disclosed that its trust in the US government had sharply declined “because of its misstatements, lies, falsehoods, and lack of transparency.”

In addition to what happened with Lee at the press conference two days ago, the agency points to another issue related to the death of civilians in the operation that the United States armed forces have carried out to liquidate Abu Ibrahim al Hashemi al Qurash, leader of the Islamic State (IS). On this occasion, the White House reported that a bomb that the terrorist exploded caused the civilian casualties, but it has been leaked that it was actually the attacking military forces that caused the deaths. In any case, the lack of transparency, the loss of credibility and the pursuit of its objectives at any price, exposes the opaque actions of the United States government.

When this situation is transferred to the border between Russia and Ukraine, where the president of the latter himself has denied any possibility of a pre-war situation, the evident artificial construction of the conflict becomes more and more evident. In this context, some European leaders were forced to stand up to Washington’s militaristic madness.

Hungarian, Croatian and German leaders forced to reject militarist lies of the US

After a visit to Moscow on Tuesday, February 1, the Hungarian Prime Minister, Victor Orban said his trip was “a bid for peace.” Orban assured to President Putin that “no leader of the member states of the European Union wants war [because they were] in favor of a political solution”.

A week earlier, on January 25, the President of Croatia, Zoran Milanovic affirmed that the current crisis had nothing to do with Ukraine or Russia but was connected “with the dynamics of the internal politics of Joe Biden and his administration.” Milanovic argued that the crisis should be resolved taking into account Russia’s security interests.

In the same vein, the German Defense Minister, Christine Lambrecht, assured that her country has no intention of providing weapons to Ukraine while the possibility of using dialogue as a way to resolve the conflict is still maintained. The minister considered that: “For a long time, the clear position of the federal government has been that weapons will not be delivered in crisis areas, so that there is no further escalation there.” Likewise, she added that the possibility of negotiating both in the framework of the NATO-Russia Council and in the Normandy format was still on the table and insisted that her country intends to contribute to the de-escalation of the conflict and its resolution by peaceful means.

But the one who went further in characterizing and resolving the dispute through negotiation was French President Emmanuel Macron. After speaking in Moscow with his Russian counterpart, Macron stated that “Russia’s geopolitical objective today is clearly not Ukraine, but to clarify the rules of coexistence with NATO and the European Union”. Macron argued that “The security and sovereignty of Ukraine or any other European state cannot be compromised, while it is also legitimate for Russia to raise the issue of its own security.”

In a relaxed atmosphere, the French president assured the press that he had always had a deep dialogue with his Russian colleague, since they are united by the commitment to generate solutions that point to the future and are permanent. Emphasizing the need for the peoples of Europe to feel protected, he considered that a new balance should be built that preserves sovereignty and peace, which should be done “with respect for Russia and with an understanding of the contemporary traumas of this great people and this nation”.

Meanwhile, there are only days left concerning the forecast of the United States Undersecretary of State, Wendy Sherman, who made public her consideration that Russia would invade Ukraine by mid-February at the latest. In less than a week, we will confirm that this official will have joined the constellation of liars who seem to deceive themselves to climb the structure of imperial power.

* Sergio Rodríguez Gelfenstein is a Venezuelan international relations expert, who was previously Director of the International Relations of the Presidency of the Bolivarian Republic of Venezuela, his country’s ambassador to Nicaragua and an advisor for international politics for TELESUR. Gelfenstein has written numerous books, among them “China in the XXI Century – the awakening of a giant” which has been published in several Latin American countries.You can follow him on Twitter: @sergioro0701