African Liberation: Why the Military is taking control of African countries 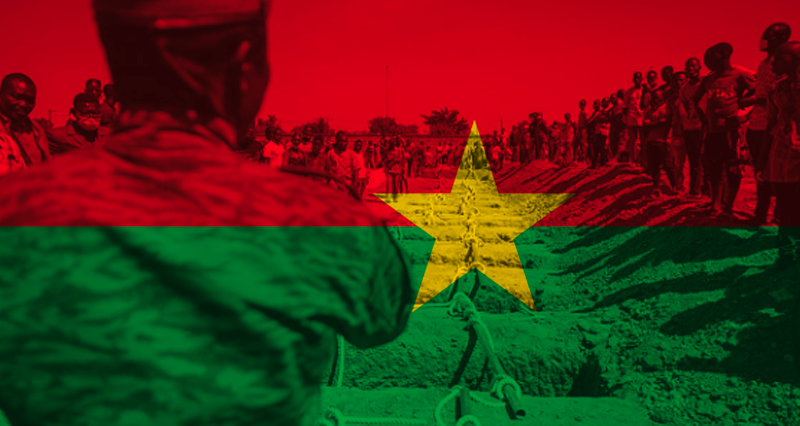 The military’s rise to power in Burkina Faso on January 24 marked a trend. In the countries of West Africa, from which France siphons off resources and where terrorist groups thrive, serious changes have begun. Young military patriots are taking charge of their countries.

Reasons for the change of power in Burkina Faso

Serious changes are taking place in France’s sphere of influence on the African continent. Burkina Faso is already the third country where the military took over the power. On January 24, a group of security forces announced the ouster of President Roque Marc Christian Kabore. The military’s decisive action was prompted by the country’s security problems. The government was clearly unable to cope with the terrorist threat and the army did not receive the necessary funding and weapons. Assistance from France, a major foreign policy partner, left much to be desired. Paris dragged Burkina Faso into the global confrontation with jihadists in the Sahel, but could do nothing to help ensure the security of its ally.

Under these circumstances, young Lieutenant Colonel Paul-Henri Sandaogou Damiba and a group of like-minded men decided to save the country and take its salvation into their own hands. Paul-Henri Sandaogou Damiba is a graduate of a military school in Paris.  In 2021, he published a book titled “The West African Army and Terrorism, Uncertain Answers?“.

Public anger erupted in November when al-Qaida-linked militants killed 49 military policemen and four civilians in an attack on a gold mine in the northern town of Inata. Residents were angered by reports that troops had not received food rations for two weeks. The fight against the Islamists has depleted the resources of Burkina Faso, which, despite being a gold mining country, is one of the poorest nations in West Africa.

In November 2021, protests broke out in the capital of Burkina Faso, Ouagoudougou, demanding the resignation of the president and government. The unrest against the government also took place against a backdrop of anti-French sentiment. On November 19, hundreds of demonstrators in the city of Kaya surrounded a French military convoy as it crossed into Burkina Faso on its way to Mali via Niger. According to some reports, two people were killed among the demonstrators and 18 others were injured, including 11 seriously.

In Burkina Faso, as in neighboring countries, the French operation “Barkhane” formally continues, despite of having failed to produce any positive results in the fight against jihadist groups in more than six years. The people of Burkina Faso are demanding change. They demand security and accuse the French military of supporting terrorists.

January 27 Lt. Col. Damiba addressed the nation on behalf of the Patriotic Movement for Safeguard and Restoration (MPSR). In his address, the new head of state said the government’s top priority is restoring security, regaining lost territory, and mobilizing the army.

“Fatherland or death, we will win!” he ended his speech with a phrase referring to the famous slogan of the Cuban revolution: “¡Patria o muerte, venceremos!” The phrase, first used by Fidel Castro in 1960, became globally popular when Ernesto ‘Che’ Guevara uttered it on December 11, 1964 at the 19th session of the United Nations Assembly in New York. The speech was devoted to the struggle against imperialism and colonialism in Africa and Latin America.

As in neighboring Mali and Guinea, where the military has also recently come to power, Burkina Faso’s new leader, Lieutenant Colonel Paul-Henri Damiba, is from a group of young well-educated military professionals. The leader of Mali, Assimi Goyta, the new head of Guinea, Mamadi Dumbuya, and Paul-Henri Damiba have all charted the path of African nations to freedom: through the use of army mobilization mechanisms. In this they echo the path of revolutionary nationalism of Mustafa Kemal Atatürk. The creator of modern Turkey was the first to propose this path for peoples enslaved by Western colonialism. As in Turkey under Atatürk, in Burkina Faso and many other African countries the military is now the most progressive part of society. They have received an excellent education and a mandate from the people for their actions.

It is no coincidence that Ibrahim Ikassa Maïga Minister of Refoundation of Mali recently also stressed that Mali has a positive attitude towards the legacy of Mustafa Kemal Atatürk and has learned from his experience.

Burkina Faso has a special symbolic meaning for the African continent. The name of this country is inextricably linked to the figure of the outstanding fighter for national liberation, Captain Thomas Sankara. The young army captain and Marxist Sankara came to power in a coup d’état in 1983, when he was only 33 years old. He changed the name of the country from Upper Volta, a legacy of the French colonial era, to Burkina Faso, meaning “land of honest people”. He promoted a socialist program of nationalization of resources and opposed France, for which he was assassinated. Thomas Sankara has been called the “African Che Guevara”.

Now, after a new coup in Burkina Faso, people have taken to the streets with portraits of Sankara along with those of Colonel Assimi Goïta, the leader of Mali. In the public mind, the new military leaders look like continuators of the old leaders who also fought for sovereignty.

The growth among the youth of self-awareness, pan-African sentiment, and an increasing demand for justice are putting elites and their ties to former metropolises at risk. In Africa, a new pan-Africanism and new military elites are emerging. The so-called coups in Mali, Guinea, and Burkina Faso took place against a backdrop of mass protests against ineffective “democratic” regimes. The military enjoys popular support.

Already three of the five countries of the G5 or G5S are in the hands of transitional military regimes, and ECOWAS is losing leverage. This is evidence of the collapse of the former structures of French influence in the region. France is seen in Africa as a power that siphons off resources from Africa, above all gold and uranium. However, Paris is unable to provide even minimal security. Moreover, the neo-colonial approach itself implies that French and, more broadly, Western companies are concerned about minimizing costs. That is, the worse the situation in the country, the less workers can be paid, the poorer the people, the lower the level of education, the better for the neocolonialists.

The military coup in Burkina Faso can be seen in the context of a series of similar coups on the Black Continent, when a young military leader overthrows a corrupt failed government. The new leaders fall out of the established institutions of engagement with Paris. As a result, their countries are able to reorient themselves away from France toward other centers of power. In the emerging multipolar world, China is seen as the main economic alternative to the West. Russia is seen as the main exporter of security. It is no coincidence that military supporters in Burkina Faso marched under Russian flags. The new African authorities, as Ibrahim Ikassa Maïga notes, are also interested in Turkey.

Thus, the coming to power of the revolutionary military could also be beneficial for Turkey, as it gives it an advantage to gain a foothold on the African continent. The pressure of Paris and its allies to impose sanctions will encourage countries that have taken the path of independence to seek new political, security and economic partners, including Ankara.

Where is the next coup?

Analysts are now asking the question: where will the next coup d’état take place that will dislodge the next ineffective pro-French government in Africa? The most likely candidate is Niger.

There was already an attempted coup in Niger on March 31, 2021, but it ended with the arrest of the participants. It is possible that the examples of Mali and Burkina Faso will provoke another, more successful attempt. Niger, like Mali and Burkina Faso, also suffers from terrorist attacks. Niger is part of the French Operation Barkhane, which in more than seven years has shown no tangible results.

African states are trying to get rid of the influence of the West, which suppresses the national interests of the peoples of these countries. It is possible that in 2022 we will see the patriotic military taking power in other countries of the region.