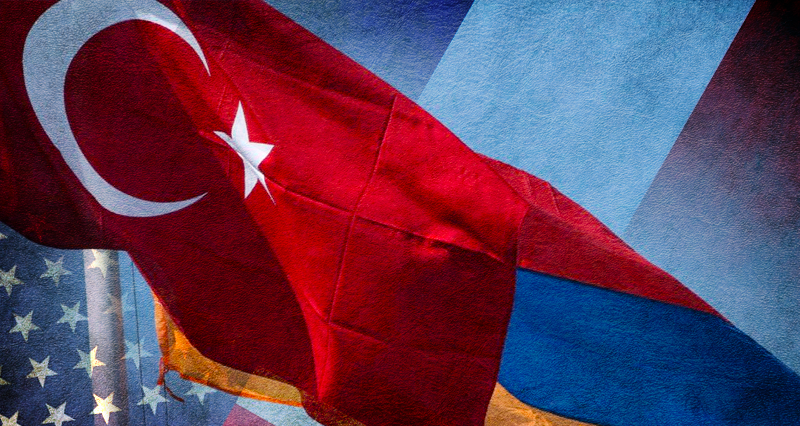 The normalization process between Turkey and Armenia came to the fore again when Armenian Prime Minister Nikol Pashinyan announced that he could attend a political event to be held in Turkey.

United World International expert Onur Sinan Güzaltan commented on the process in an interview given to Russian news outlet news.ru.

Below we present the interview as published by news.ru, the original text can be read here. Subtitles were set by UWI.

“This normalization is useful not only for the two countries, but also for the entire Caucasus – a strategic region. We are neighbors and must live in peace by achieving stability and establishing cooperation.”

The Turkish political scientist Onur Sinan Güzaltan in an interview to a journalist from news.ru expressed this opinion.

The end of the Karabakh occupation was a critical turning point

According to Güzaltan, Ankara’s primary condition for normalization with Armenia was the end of the occupation of Karabakh and now that the occupation has come to an end, Turkey is ready to normalize relations.

Güzaltan emphasized that the stability in the Caucasus, a strategically important region, is in favor of not only Turkey and Armenia, but also for all the countries in the region.

Güzaltan stated that the Armenian political elite is aware of the mistakes they have made in the past and that they are showing a will towards normalization today.

Güzaltan believes that the stabilization of the situation will allow the countries of the region to stop “foreign interference”. Accordingly, there are “non-regional powers and their accomplices” that are not interested in ending conflicts in the Caucasus.

Another name that News.ru consulted was Stepan Grigoryan, the director of the Armenian-based Analytical Center for Globalization and Regional Cooperation.

Grigoryan evaluated that the social reaction regarding the normalization with Turkey in Armenia after the Karabakh war was at a critical stage and that the Armenian diaspora living abroad was completely against normalization.

Another Armenian political expert, Edgar Arakelyan, emphasized that the commercial relations between Turkey and Armenia have been going on for many years, and stated that the steps taken by the special representatives of the two sides should be followed for normalization.

Russian expert Alexei Malashenko, who approached the issue from the perspective of Moscow, evaluated that the politics of Armenia are multi-vectored, and stated that Armenia is and will be Russia’s natural ally, unaffected by the steps taken with Turkey.

According to the Russian expert “neither France nor Californian Armenians will replace Russia for Yerevan, especially since the Russian Armenian diaspora itself is very large and influential.”