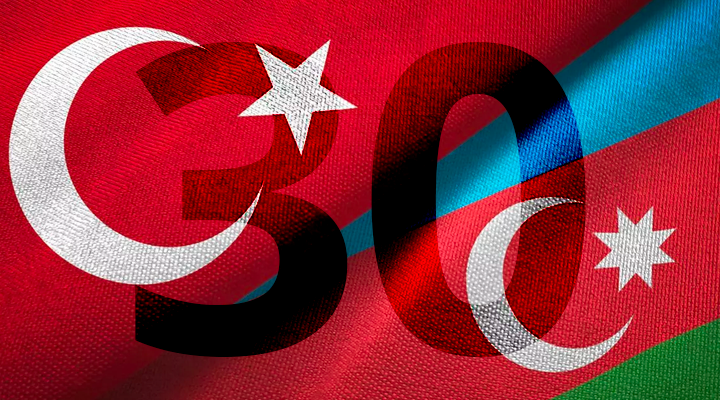 Turkey and Azerbaijan are celebrating the 30th anniversary of establishing diplomatic relations. On that occasion, United World International expert Mehmet Perinçek gave an interview to the Azerbaijani news outlet day.az. Below we present the interview as published by day.az.

“Solidarity and cooperation between Turkey and Azerbaijan are important not only for our countries, but for the entire region. And what is more, Turkish-Azerbaijani relations are significant for the Eurasian region as a whole.”

Well-known Turkish publicist, political scientist and historian Mehmet Perinçek said the above in an interview with Day.Az, commenting on the 30th anniversary of the establishment of diplomatic relations between Turkey and Azerbaijan.

Turkey and Azerbaijan have always supported each other in their most difficult times, our interlocutor stressed. This began, according to him, not 30 years ago, but much earlier. Azerbaijanis and Turks have supported each other many times in history. For example, during the liberation war in Turkey, Azerbaijan and the plenipotentiary of the Azerbaijan SSR and the Transcaucasian Socialist Federative Soviet Republic in Turkey, Ibrahim Abilov, contributed to the victory of the Turkish people.

“The people of Azerbaijan, who were themselves going through difficult years, raised money to help Turkey in its fight against the Entente. With the assistance of Abilov, Azerbaijan sent kerosene to the Turkish army at our most difficult moment. We will never forget this support, this solidarity. This is very important for Turkey and the Turkish people. This cooperation and solidarity continues today. Azerbaijan liberated Karabakh not only for itself. The liberation of the territories occupied by Armenia by the Azerbaijani army was also in the interests of the Turkic world. Baku’s victory was very important for Turkey and other Turkic states. It was also important for the entire Eurasian space. After the liberation of Karabakh, there was a chance to establish a lasting peace and ensure stabilization throughout this space,” the Turkish political scientist argued.

Today Azerbaijan and Turkey’s relationship is at a new level. At this level, Turkish-Azerbaijani cooperation will not only be about helping each other, it will play a vanguard role in establishing regional peace and developing the regional economy. In this regard, our relations are important not only for our peoples, but also for all countries in the region, Perinçek noted.

“It should be emphasized that cooperation between Baku and Ankara – both military, political and economic – is not directed against any of the regional countries, rather, it has a positive content. This cooperation is for peace, development and stability in the region. Of course, it is against outside interference, but it is beneficial not only to our two countries, but also to everyone in the region. Turkey and Azerbaijan are now at a new level of strategic partnership. Our countries will play a leading role in the region and contribute to the stabilization and development of all their neighbors,” Perinçek stressed.