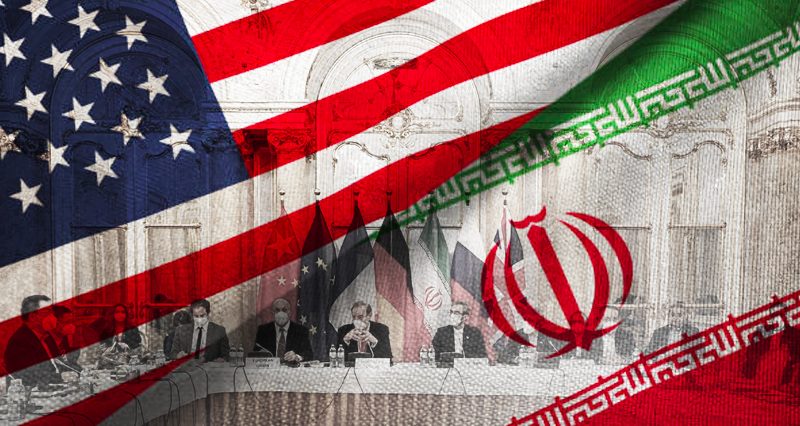 A new round of Vienna talks to lift sanctions on Iran began after a five-month hiatus on Monday (November 29). The participants in the talks between Iran and the P4 + 1 group (France, Britain, Russia, China and Germany) discussed the texts in meetings at various levels in the two areas of lifting sanctions and nuclear issues.

Following these meetings, the Working Group on Lifting Sanctions and then the Nuclear Working Group met at the expert level, and finally the Iranian negotiating team, chaired by Ali Bagheri, presented two documents to the other side, including the lifting of sanctions and nuclear issues. These intensive talks were temporarily suspended after five days with the agreement of the parties to consult the negotiating delegations with high-ranking officials in their country.

Representatives of Iran and the P4 + 1 group (Britain, France, Russia, China and Germany) resumed talks on Thursday, December 9, after a short break of several days. Iran has been present at the talks with a full hand and its goal is to reach a good agreement. Tehran insists on the complete and effective lifting of the oppressive sanctions that have been imposed on the country and the people of Iran for many years, and has repeatedly stated that it is serious about reaching a good agreement. The proposals made by Iran show the seriousness of the country in terms of negotiations and agreement.

Mehr correspondent had an interview with Mehmet Perinçek, United World International expert and professor at Moscow University, about this issue, which you can read below.

The interview was published in Farsi here.

While Iran has repeatedly stated that it is ready for a good deal, Westerners blame Iran for not being serious about reaching an agreement. What do you think about this, and how do you think a “good deal” can be from the point of view of the United States and its allies?

Mehmet Perinçek: The United States is working to protect the unipolar world that emerged after the 1990s and to maintain its role as a gendarme in this unipolar world. Washington does not want the developing countries of the region to pursue an independent path to maintain their hegemony in the region and the world. In particular, it seeks to weaken or weaken them in the energy and defense industries.

Iran insists on lifting all sanctions agreed in the UN Security Council. Do you think the United States will comply with Iran’s request? In other words, do you see the real political will in the United States to reach an agreement?

Mehmet Perinçek: The United States does not only use its missiles and bombs as weapons. One of America’s biggest weapons is unilateral economic sanctions. Through economic sanctions, Washington seeks to punish countries that do not follow US orders.

These sanctions have a serious inhuman aspect. Millions of people are unable to meet their basic needs due to these sanctions. So this is one of the most cruel aspects of sanctions policy, but it should be noted that not only the people and governments of those countries, but the whole world suffers from US sanctions because there are other countries that trade with countries that the US seeks to eliminate. In other words, it is not just Iran that suffers from US sanctions. US sanctions are imposed on Iran, but on the other hand, Turkey and Turkish manufacturers are also affected by these sanctions. In addition, Turkey will be deprived of the opportunity to buy cheap energy from Iran.

It can be said that Europe has also suffered from sanctions against Iran. Following the withdrawal of Donald Trump from the nuclear deal with Iran, the European Airbus on May 12, 2018 canceled its contracts with Iran. After the cancellation of the contract for the sale of 118 civilian aircraft to Iran, only two of them were delivered to Iran; the French company Total was also forced to cancel its transactions with Iran. Therefore, the sanctions are not only against Iran, but also Europe, Turkey and the Eurasian region.

When they ban trade with Iran, when they boycott companies from other countries, they can not trade with Iran and ultimately suffer serious losses. The same goes for sanctions against Russia. Germany is one of the countries most affected by the economic sanctions imposed on Russia. Therefore, unilateral sanctions are completely unacceptable and should be lifted immediately. Neither Trump nor the Biden administration has presented a positive image on this issue. They have shown that they do not have the serious political will to reach an agreement.

Iran emphasizes that Borjam 2015 should be the basis of negotiations, but the other side tends to present their new demands in the form of what was previously called “Borjam Plus”. How do you evaluate these excessive demands?

Mehmet Perinçek: After the US unilaterally withdrew from the nuclear deal with Iran during the Trump era, Iran increased its uranium enrichment to 16 times the allowable level. On the other hand, Iran’s membership in the Shanghai Cooperation Organization and the 25-year agreement with China also show Iran’s strength.

In addition, the new Iranian government is much more decisive than in the previous period, and the president of Iran has shown that he is not willing to make any concessions. However, signing a new agreement is unacceptable for Iran. Trump also stressed the new deal, but Iran does not seem to want to back down from its red lines. Therefore, these demands are too much for the United States to impose on its own terms, rather than to compromise and agree. If no agreement is reached, Iran will become stronger because a new world is being formed and Iran is developing regional cooperation in the new world. America is now a declining power. With the formation of a multipolar world, the center of the economy is slipping from the Atlantic to Eurasia and the Pacific, which even Western economists accept. US sovereignty is also declining in terms of military power. Recent events in Afghanistan clearly show this.

On the other hand, US sanctions, which are a crime against humanity, should not be allowed to be imposed. The countries of the region must revive the economy by creating common markets.

In addition, the opening of transportation and energy routes that improve regional trade is of great importance. Steps must be taken in the banking system and new systems must be developed to eliminate all US control mechanisms.