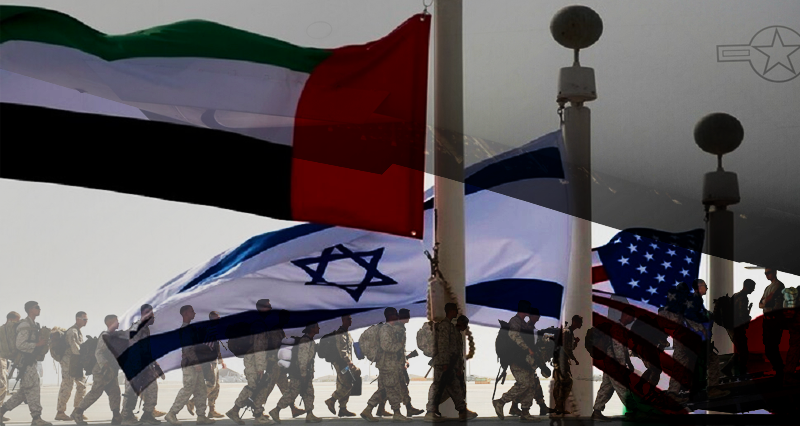 The Middle East is undergoing a new experience of regional diplomatic dynamism. Various meetings have taken place between the Arabic countries with Iran and Turkey. There have been significant negotiations between Iraqi and Syrian officials and other countries. All these regional movements seem to promise the beginning of a new chapter in Middle East regional relations which can lead to a new regional order.

The most important feature of the new order is its non-American characteristics. The US as a hegemon power has been the most important absentee in all these initiatives. In other words, although the United States still remains an important political actor in the Middle East’s current order, it is undoubtedly no longer the determining regional factor. This means that indigenous factors are gradually moving towards mutual interests in bilateral and multilateral regional cooperation. The evaluation of cooperation can lead to creation of a new regional order.

An important example of these movements was the visit of Tahnoun bin Zayed Al Nahyan, national security advisor of the United Arab Emirates to Tehran, visiting Ali Shamkhani, the representative of the Supreme Leader of Iran and the Secretary of the Supreme National Security Council. Considering that the National Security Council in Iran is one of the most important governing and strategic institutions that has an important role in determining the macro policies in Iran, and also considering the position of Tahnoun bin Zayed in the UAE domestic policy, regardless of the possible results, we can consider the meeting by itself as an important event in the politics of the Middle East.

Regarding the possible results of this visit or the goals of the UAE, a few key points can be considered:

Efforts to spark a new wave of positive balance in all areas of the UAE’s foreign policy have been a significant feature of the country’s diplomacy in recent years. One important instance is the UAE’s cooperation with Russia versus the United States. In parallel, the same pattern was implemented in cooperation with France and other European countries to prevent Russia’s complete domination of the Persian Gulf. In this context, we have witnessed the visit of Emanoel Macron, the French President to the UAE after the visit that was concluded by the Prime Minister of Russia. It seems that the UAE is adopting the same policy in its Middle East policy. After increasing cooperation with Turkey, Israel and Syria, UAE leaders are trying to improve and expand relations with Iran to implement a new positive balance in regional relations. Economic power in the Middle East is Abu Dhabi’s most important trump card to bring different parties all together.

The UAE is well aware of Iran’s concerns about the cooperation with its regional rivals and the possibility of excluding Iran out of regional economic cooperation, which has been accelerated due to the US secondary sanctions. Therefore, along with expanding relations with Turkey and other Middle Eastern states, Abu Dhabi is trying to inform Iran of any concern about the unpleasant consequences.

In the meantime, Iran’s economic cooperation and the significant geo-strategic position of Iran that affects the maritime security of the UAE’s trade, is a key factor for more convergence. Iran is also a key regional factor for connecting the UAE to Russia and Turkey.

In 2020, the United Arab Emirates took its most sensitive diplomatic step with Israel through the pact known as “Abraham Accords”, which provoked a sharp reaction from Iran and increased tensions in the Persian Gulf region. After this agreement, various arsons broke out in the UAE’s port facilities, for which Iran was accused and blamed.

From Iran’s point of view, this step meant threatening Iran’s strategic interests and the UAE’s cooperation with Israel was considered as open hostility against Iran. Hence, Tehran considered preemptive measures in this field as a primary right.

Now, after a period of initial tensions, the UAE is trying to neutralize concerns about Iran as one of the most powerful regional states that is capable of easily harming the UAE’s economic and political interests in the region. Undoubtedly, Iran’s reaction in this regard will depend on the level of tension between Tehran and Tel Aviv. The level of Israeli activities in the UAE territory against Iran is a critical issue for Iran. We should mention that the UAE will also be sensitive to the limitation of Israeli activities against Iran within its territory.

The arsons at UAE ports and the failures of Abu Dhabi policies in Yemen and Syria have all led the country to conclude that a hard-fought military confrontation with Iran is by no means beneficial, and that the UAE’s vulnerability is extremely high.

The political rivalry between The UAE and Saudi Arabia over the past two years has been obvious, especially after the failure of bin Salman’s political plans. For these reasons, Abu Dhabi has separated its route from Riyadh since the US elections. An obvious result can be seen in the issue of Yemen and Syria. The same approach has been adopted by the UAE in the Lebanese case, so that some information indicates the UAE’s decision not to interfere in the Lebanese parliamentary elections. In this regard, in addition to direct contacts with Syria and Iran, Abu Dhabi has also expressed its desire to hold direct talks with Hezbollah officials.

While in all the mentioned cases Iran’s position has been a critical issue, it is natural that the UAE is trying to increase its level of success by increasing coordination with Tehran in regional security.

Furthermore, the thaw in Saudi relations with Iran, which started from bilateral security meetings in Iraq, is another reason for Abu Dhabi’s efforts to increase cooperation.

Considering the recent political movements in the Middle East, we should mention some remarkable points. Middle Eastern states are well aware of the disadvantages of tough rivalries after the Arab Spring, that have been provoked by the US. On the other hand, the difficult critical situation of the United States in Afghanistan, Iraq, Syria and the Mediterranean shows the impossibility of trusting Washington. Finally, These countries are also paying attention to their strategic position in the future of the world order. Hence, they are trying to promote relations with Asian countries in the global agenda. As a precondition, they seek to find a constructive balance to reduce and control the level of tension in the region.