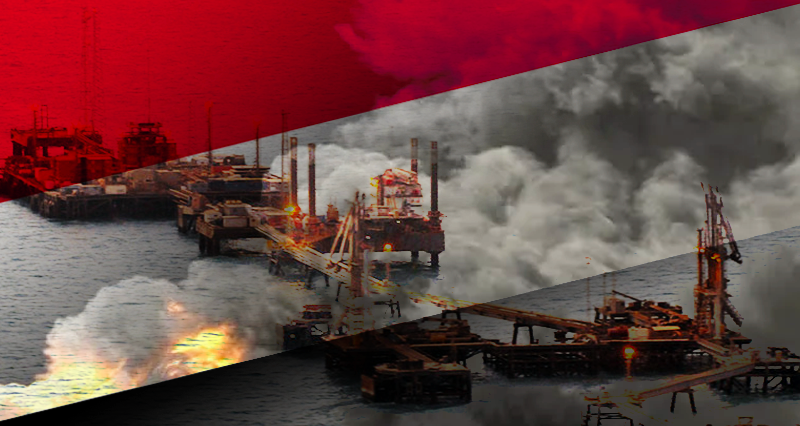 Turkish journalist working on the Middle East in general and on Iran, in particular. Bursa represented Al-Quds Tv in Iran for many years. He also worked for TV 5.

Yemen is getting poorer day by day due to the attacks carried out by the coalition led by Saudi Arabia in 2015. Even the United Nations’ data reveals that the people of Yemen are struggling with hunger and epidemics. According to a statement from the UN from October, 2021; Yemen remains “the world’s worst humanitarian crisis.”

This is in spite of the fact that Yemen is an oil rich country and with large oil reserves.

Most of the Yemeni oil is located in Marib, Al Jawf, Shabwah and Hadramawt. According to economic reports, Al Jawf has one of the largest oil resources in the country. Marib is the city where the first Yemeni oil was discovered. Safer opened 90 of 738 wells in Marib. The Safer company extracted 200 million barrels of oil from the wells it operated between 2005 and 2013.

Yemen also has 106 oil fields that have been declared concession zones. In 13 of these fields, exploration studies were carried out: 12 of them are productive fields and 81 of them have exploration study licenses. US, French and Korean based companies are currently working in Yemen oil fields. According to reports, only 20% of Yemeni oil has been extracted thus far.

That means 80% of the country’s oil fields are still waiting to be extracted. According to Ultra consulting company, 3 billion barrels of known and proven oil reserves are located in Shabwah, Marib, Seiyyun and Al Messila basins. On the other hand, it is believed that there are 16 trillion cubic feet of gas reserves in Yemen.

Since the beginning of the oil studies, 1851 wells have been drilled in Yemen, and 55 international oil companies have carried out exploration activities. According to Yemeni official sources, before the coalition attacks, oil reserves accounted for 70% of the gross national product.

Naturally, Yemen’s biggest foreign currency inflow was oil revenue. According to official reports, Yemen was producing 127 thousand barrels of crude oil per day before 2015. In November 2021, the  numbers show that this year, Hadramawt, Shabwah and Marib oil fields (under management of Mansur Hadi Government) brought $156.5 million in income to the country.

Again, the oil fields in Yemen are centered in 3 cities, Hadramawt, Shabwah and Marib. There are 12 oil fields in total. In recent years, because of the attacks of the Saudi Arabian led coalition, in 6 fields investments could not be made and oil could not be extracted.

Aden Refineries Company is engaged in the international trade of petrochemical products, and also provides refueling services to the ships arriving at the port of Aden. The Marib refinery was established in 1986. 10,000 barrels of crude a day were produced at the oil refining operated by American based Hun Oil Company until 1998.

In Yemen, 3 ports are used to transport crude oil from refineries to international markets. These ports are the Ras Isa oil terminal, Ash Shihr Port, and the Balhaf Port. After the oil extracted from the city of Marib is processed in refineries, the engine oil obtained is exported by a giant tanker ship called Safer. The Tanker ship is operated by Hunter Oil Company.

Ash Shihr Port was established after the discovery of the Al Messila oil field, and in 1993, the port opened. The port plays an active role in the export of crude oil and oil products from Shabwah and other regions. The port is 15 km from Al Mukalla and 426 km from Aden. Ash Shihr Port is 1.790.000 square meters excluding the floating part of the port. The port is operated by Canadian based Nexen Petroleum which operates on parcel 14 of the Al Masila oil field.

Al Balhaf port, on the other hand, began to be constructed in April 1987 after the discovery of oil in the city of Shabwah, and was opened in 1990. The port is located in the middle of the cities of Aden and Al Mukalla.

Yemen’s economy is weakening day by day in accordance with the attacks of the Saudi led coalition, who began their assault in 2015. The fact that the oil regions were especially targeted in the attacks dragged Yemen into economic crises, given that the oil revenue provided a large part of gross national product. The coalition’s attack negatively affected new oil operations also. Exploration work has mostly stopped, while oil extraction has fallen by 40%.

In addition, the UAE stole oil from the areas that are under the control of the groups it supports. Due to both the war and the theft of foreign powers, Yemen has lost $45 billion dollars in oil and mineral trade in 6 years.

It’s clear that Saudi Arabia and the UAE are trying to take control of the Yemeni oil fields. The UAE is also trying to control Yemen’s ports. Abu Dhabi occupies touristic and strategic islands such as the island of Socotra. The UAE, which wants to control the island of Socotra which because it is strategically located at the entrance of the Red Sea, aims to strengthen its hand in the Arabian Sea, the Red sea and Suez.

Although the UAE withdrew from the war, it remains present in strategic areas. However, it also faces the continued people’s resistance.