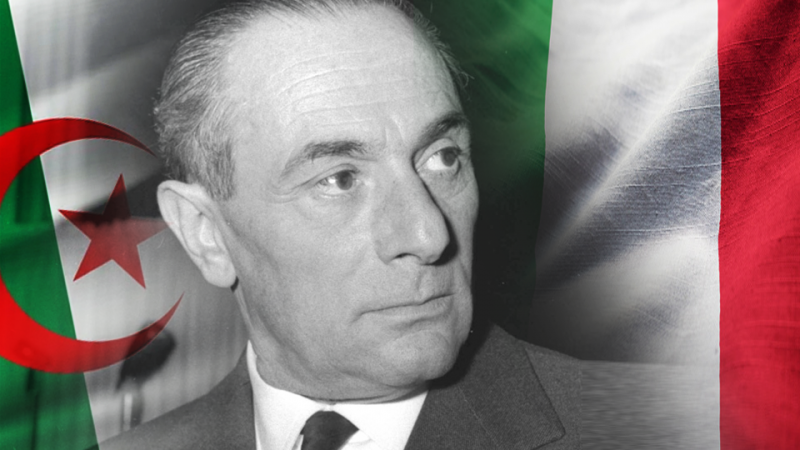 “The visit to Algiers was a great success from every point of view: it took place in a particularly friendly, warm and constructive atmosphere. There is a long friendship between Italy and Algeria that has its roots in history”, said Giovanni Pugliese, Italian ambassador to Algiers, commenting on the recent visit of the President of the Italian Republic Sergio Mattarella to Algeria.

The first visit by a European head of state since the inauguration of the new Algerian president Abdelmadjid Tebboune. “Yet another seal of very strong bilateral relations, not only economic but also political and cultural”, reiterates the Italian ambassador in an interview with the Ansa agency.

President Sergio Mattarella said that Italy “pushes for collaboration with the countries on the other side of the Mediterranean which are the gateway for collaboration between the EU and Africa. I think that the future of Africa and the EU is necessarily common and in this context Algeria has a decisive role”, then underlining that from this point of view that “the happy relationship between Algeria and Italy can be inspiring.” For this reason, “Italy is pushing the European Union for ever greater relations with Algeria, because it represents the gateway to the African continent, which is fundamental for Europe.”

Among the countries of the southern shore of the Mediterranean, Algeria is of particular strategic importance for Italy. The background to bilateral relations on the political and cultural sides is economic and commercial relations. Italy is Algeria’s third largest trading partner globally (first customer and third supplier). Algeria is Italy’s first trading partner on the African continent and in the Middle East – North Africa (MENA) area.

In 2020, the value of the Italy-Algeria trade was equal to 5.83 billion euros, of which 3.14 billion (-27.6%) for imports and 1.94 billion for Italian exports (-33.5%). Gas constitutes almost all of Rome’s imports, while Italy mainly exports machinery, refined petroleum products, chemicals and steel products.

On the Algerian side, the desire to arrive at a collaboration plan for development of small and medium-sized enterprises and the strengthening of cultural, scientific and technological cooperation emerged.

Given the importance for both countries, it is now surprise that a figure like Enrico Mattei has emerged. He was a former partisan, political leader and founder of Eni.

“There is no political independence without economic independence”, claimed Mattei. This is why he had decided to bring Italy back to the center of the Mediterranean at a geopolitical level and challenge the oil multinationals, the Seven Sisters.

One of Mattei’s greatest successes corresponds to what is considered one of the greatest attacks launched on the system of the so-called Seven Sisters: the unhinging of the fifty-fifty rule imposed by the Anglo-American oil companies on oil-producing countries.

The name of Enrico Mattei is also of great importance for Algeria: his actions contributed to the success of the Algerian Revolution. In Algeria, Enrico Mattei is widely recognized as having an important role of support, friendship and closeness during the years of the war of national liberation (1954-1962). Mattei has historically supported both the National Liberation Front and the Provisional Government of the Algerian Republic, to which he has provided a significant contribution in the negotiations of the Evian Accords. His name also evokes the large number of Algerian students, future executives and managers of the oil and energy industry, trained on his initiative in Eni’s schools in San Donato Milanese.

It is well known that Mattei financed and supplied arms to the Algerian FLN (National Liberation Front) which fought against the French army. Some say that the then president of ENI recognized himself in the struggle of the Algerian people; he had been a partisan. Others say that a free Algeria would have allowed ENI to be among the first buyers of post-independence Algerian gas.

On the other hand, the FLN took advantage of Mattei’s clandestine support for two symmetrically identical reasons: the desperate need for economic support to face a bloody war in their own country and the parameters of the agreement that Mattei would submit to the authorities of Free Algeria. The parameters essentially summarized as 75% to the producer country, 25% to the buyer country, a policy appreciated in all producing countries of the time, which had allowed ENI to gain positions within the race for energy resources.

In this regard, the Italian ambassador to Algiers, Giovanni Pugliese, points out that “Algerians have not forgotten that since the times of war of independence a substantial Italian solidarity has developed, which has seen in Enrico Mattei one of the most significant figures. The founder of Eni aided the Algerians in the Evian negotiations with the French and supported a ‘win-win’ model for hydrocarbon producing and recipient countries. A friendship that during this visit became concrete with the inauguration ceremony in Algiers of a beautiful garden dedicated to Mattei and a medal in honor of him who wanted to dedicate President Tebboune to him as a ‘friend of independence’. In short, a beautiful testimony, also in the presence of the CEO Eni Descalzi, to seal this very strong relationship.”

At the entrance to this garden, a plaque was placed on which significant words were engraved: “Italian personality, friend of the Algerian revolution, tenacious and convinced defender of freedom and democratic values, committed to the independence of the Algerian people and the fulfillment of its sovereignty.”

Mattei’s vision is condensed in these notes for a speech given in Tunis in June 1960:

“I too fought against the fixed idea that existed in my country: that Italy was condemned to be poor for lack of raw materials and energy sources. These energy sources I have identified and I have put in value and I have obtained raw materials. However, before doing all this: I too had to do some decolonization because many sectors of the Italian economy were colonized, indeed, I would say, that southern Italy itself had been colonized by northern Italy! The colonial fact is not only political: it is also, and above all, economic. There is a colonial condition when there is a minimum of industrial infrastructure for the transformation of raw materials. Does a colonial condition exist when the game of supply and demand for a vital raw material is altered by a hegemonic power: even private, monopoly or oligopoly? In the oil sector, this oligopolistic hegemonic power is the cartel. I fight against the cartel not only because it is oligopolistic but because it is Malthusian and Malthusian against the producing countries as well as against the consuming countries.”

An inept, incapable and subservient ruling class, beholden to Euro-Atlantic interests, has turned back the clock of history. Italy is once again what it saw as being “condemned to be poor for lack of raw materials and energy sources.” A newly colonized country, without independence or a shred of sovereignty. However, the strong ties that persist with a country like Algeria show us that not all is lost, especially in this phase of history where the world is experiencing a great change: the US’ unipolar era is ending as the world enters a multipolar phase. Italy has the opportunity to fully enter the multipolar order and work with countries such as Algeria so that the Mediterranean becomes a sea of opportunity, peace and stability.