US’ dogmatic discourse of democracy and China’s democratic practice 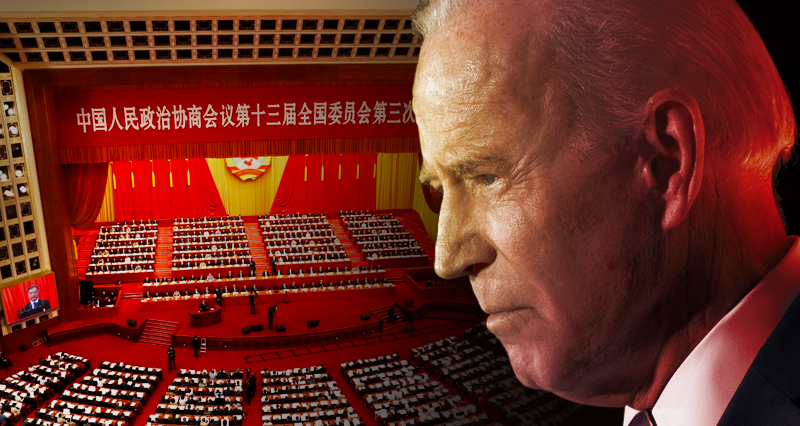 The Atlantic, a well-known news and analysis website in the United States, published an outstanding article last week. The sentence highlighted in Anne Applebaum’s review piece headlined ‘The Bad Guys Are Winning‘ perfectly summarized the topic: “If the 20th century was the story of slow, uneven progress toward the victory of liberal democracy over other ideologies—communism, fascism, virulent nationalism—the 21st century is, so far, a story of the reverse.”1 These and similar remarks have become standard fare in Western media and think tanks. They can be read in the media nearly every week, if not every day.

There is no doubt that there is intention and direction in these publications. In fact, the US administration’s present strategy is built on the goal of polarizing the world under the guise of “democratic discourse.” As a result, on the one hand, there are the United States and its allies, who execute democracy in the Western style, and on the other, the states that do not fit these standards and are classified as rivals or adversaries. US President Joe Biden, who has been vocal about this strategy since taking office, made the following words in June of this year: “Western democracies are in a race to compete with autocratic governments.”2

The essence of this strategy is based on creating a climate of fear and an image of the enemy. For this, the discourses are created from a dogmatic point of view. The central dogma is that ‘good state administration is only possible in Western-style democracies’! This is an attempt to monopolize the concept of “democracy,” which the United States imposes according to its own criteria. The United States determines whether a country is democratic or not. Naturally, this has led to global polarization, with China positioned as the primary adversary; not to mention the frequent use of disinformation while following this policy.

The latest book by Kishore Mahbubani, a well-known and respected Singaporean former bureaucrat and professor in the West, has been hotly disputed for months. Knowing both the West and Asia well, Mahbubani interpreted the Americans’ dogmatic point of view in his book “Has China Won?” in a startling way: “Is it wise to believe that there is only one road for all societies to travel on if they want to grow and progress? Are we now turning a new corner of human history where alternative models of social and economic development are emerging? … American thinkers and public intellectuals have a particularly closed mind when it comes to grasping and understanding China. When it comes to analyzing political systems, American analysts tend to veer toward a black-and-white view of the world: open or closed society, democratic or totalitarian society, liberal or authoritarian. Yet, even as we move away from an aberrant two-hundred-year period of Western domination of world history, we are also moving away from a black-and-white world. Societies in different parts of the world, including in China and Islamic societies, are going to work toward a different balance between liberty and order, between freedom and control, between discord and harmony.”3

The most vital human right

With a few simple points, it is feasible to reject the United States’ premise that “China is not democratic.” First of all, the Chinese people are at the forefront of the societies with the fastest rising welfare level today. In the fight against poverty and economic progress, historical developments have been realized. China has no people living in absolute poverty by the year 2020. 100 million people have been taken out of poverty in the last eight years, and more than 700 million people have been lifted out of poverty in the last 40 years. The average life expectancy has grown (While it was 44 in 1960, it is close to 80 today), access to education increased as malnutrition rates fell. China became the world’s first country to eradicate absolute poverty. Poverty alleviation is one of the key goals of the UN’s 2030 Sustainable Development Agenda.

In China, disposable income per capita (annual) rose from 98 yuan in 1956 to 171 yuan in 1978 and 28,228 yuan last year. This means an annual growth of 6.1%. As a result of all these economic breakthroughs, China experienced the greatest enrichment in its history and today has the largest middle class in the world. According to Mckinsey’s research, in 2000, only 4% of China’s urban population was middle class, but by 2012, that percentage had risen to 68%.4 It’s worth noting as an interesting contrast that, when considering the lower-income half of society, the United States is the only industrial country whose average income has fallen in the last 30 years.

As stated in the Universal Declaration of Human Rights of the United Nations; every individual has the right to social security, to work, to protection against unemployment, to a favorable remuneration that ensures an existence worthy of human dignity, housing, health and education (Article 22-26). This is the primary and fundamental duty of every state that claims to be democratic.

While the number of Chinese tourists traveling abroad was around 5 million in 1995, this number reached 169 million in 2019.5 This data unmistakably indicates that the Chinese people’s income has risen. More importantly, every single one of these 169 million Chinese tourists returned home. They chose not to settle or seek refuge in Western nations where they traveled. They would not have returned to China if they were living under extreme pressure and if they were deprived of their liberty in their own country, as has been stated. In the meantime, it is worth noting that 145 million foreign tourists visited China in the same year. Higher education has another interesting statistic. When we look at the figures of 2011, only half of the Chinese who studied abroad returned to their country, today this rate has exceeded 80%.

On the other hand, some data on commercial life are also indicative. According to the data of the World Intellectual Property Organization (WIPO), China ranked first in the list of countries with the highest number of patent applications in 2020. While China has 68,720 applications in 2020, the USA has 60 thousand applications.6 Establishing a company and doing business has become easier in China, especially in recent years. An important report published by the World Bank in 2019 points out the facilities provided especially to small and medium-sized companies.7 These and similar data show the vitality of Chinese society and the high level of individual creativity. Does a person who does not feel free and does not see the will to make independent decisions take any economic or commercial risks?

People’s support to the government

The survey’s findings, which were based on face-to-face interviews with over 31 thousand people from both urban and rural locations in China between 2003 and 2016 and examining the Chinese people’s perceptions of the Chinese Communist Party and the state, were released in 2020. While 86.1% of the Chinese stated that they were satisfied with the CCP and the Government in 2003, when the research started, this rate reached a record level of 93.1% in the last year of the research. The survey, prepared by the Harvard Kennedy School Ash Center for Democratic Governance and Innovation, found that Chinese citizens found the CCP cadres and the Government more capable and influential than ever before in many issues.8

According to the Pew Research Center, 85% of Chinese people in 2013 were satisfied with their government, while only 35% of Americans felt the same about their government. In May 2020, a University of California survey found that 88% of Chinese people preferred their country’s political system. According to the Edelman Global Trust Barometer Report, the rate of public trust in the Chinese government was 84% in 2018, 86 percent in 2019 and 90% in 2020. Over the same period, Americans’ trust in the US government ranged from 37 to 40%. These studies are carried out by Western organizations.

In China’s administrative structure, the country’s highest advisory and legislative authorities play a crucial role. China’s highest political advisory body, the Chinese People’s Political Consultative Conference (CPPCC), consists of 2,158 members from various segments of society. These members present proposals on various issues and the approved ones are forwarded to government departments. The CPPCC has no legislative power, but its influence over Chinese politics is growing. With the constitutional amendment in March 2019, the CPPCC was given the authority to prepare a bill. The CPPCC’s role can be summarized as putting ordinary citizens’ concerns and expectations on the government’s agenda. In addition to well-known names from the entertainment, sports and business world, representatives of parties other than the CPC are also included in this mechanism.

The National People’s Congress (NPC), which is the highest legislative body in China, carries out the tasks of regulating the laws. It appoints key state officials and managers of administrative units. The NPC consists of 2,980 delegates, of whom 742 are women and 468 are workers and farmers. Representatives of the NPC, China’s highest legislative body, are made up of elected representatives from provinces, autonomous regions, central cities, and the military. CPPCC members are elected from political parties and independents. On the other hand, there is a mechanism called two sessions, a term that refers to the annual meetings of these highest legislative and advisory bodies of China. For example, in this year’s Two sessions, 81 changes were made on the Government Working Report and 55 changes were made on the drafts of the 14th Five-Year Plan and 2035 Vision, in line with the opinions of representatives and members.

Each system has its own set of benefits and drawbacks, which can be discussed. However, the debate should be pursued using scientific and real-world data. Saying that there is no democratic administration in China, that elections are not held, that political negotiation processes are not implemented and that people do not have individual freedoms may either be due to ignorance or prejudices. Western intellectuals and politicians should accept that ‘Western-style democracy’ is not the only correct option for societies in the world.

As a result, contemporary Chinese society is more vibrant and dynamic than it has ever been. Let’s give the final word to Kishore Mahbubani. In his most recent work, Mahbubani, an intellectual who is well-versed in every geography of the world, provided the following succinct evaluation of the nature of societies, particularly today’s China: “At the end of the day, a society can only thrive when people feel that they have sufficient freedom to chase their own personal dreams.”10