Iran on the eve of new nuclear talks 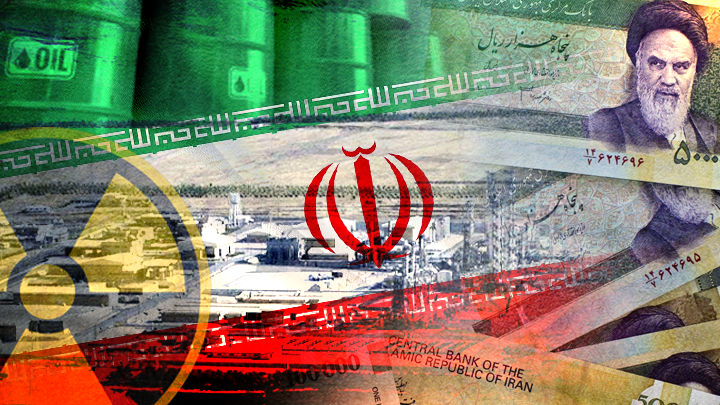 After six rounds of unsuccessful negotiations in Vienna, the new round of nuclear talks has been planned for November 29. The sides are trying to cope with the “Trump curse” that has been imposed on the negotiation process.

After Trump’s withdrawal from the nuclear agreement known as the JCPOA, the US unilaterally imposed new sanctions against Iran. Iran considered the sanctions an attack on humanity and a step of full-scale war against the Iranian nation. The European companies were compelled to fulfill the new sanctions and hence, they canceled most of their new contracts and agreements.

The first cancellation of a commercial contract between European companies and Iran was by Airbus on May 12, 2018. The company agreed to cancel the contract for the sale of 118 civil airplanes to Iran and delivered just two of them. Subsequently, the Italian Danieli steel company stopped trying to find a financier for the €1.5 billion orders it had already won in Iran. The CEO stated “With US withdrawal from the nuclear deal, international banks are no longer ready to finance Iranian projects due to fears of secondary sanctions.”

Soon, the withdrawal of European companies increased exponentially, and in the following period, two Japanese companies active in the field of auto parts announced that they would also leave Iran. The French company Total also announced on May 19, that by imposing new US sanctions, any cooperation runs the risk of losing access to banking systems, which Total can not accept.

In response to the US unilateral sanctions and European conformity, Iran restarted its suspended/limited nuclear activities. By increasing the quantity and quality of its nuclear activities and strengthening the military power, Iran proved that the idea of maximum pressure does not work anymore. In the new situation, the secondary sanctions have lost their initial destructive effect and Iran has shown that the new government can run the country even in the new situation. As a result, Iran has increased its reserved enriched uranium to 16 times more than the agreed in the JCPOA, in order to have an upper hand in the forthcoming negotiations.

Negotiations will resume on November 29: the new government in Iran has changed and claims to apply a different approach toward the nuclear talks from the previous team. In fact, this is one of the problems of next week’s talks. While the Iranian side wants to offer a new proposal, the Western side insists on continuing negotiations from where it had left off with the former Iranian team. Just a week before the talks begin, the question of how the negotiations will start and go on has become an ambiguous issue.

The French Foreign Minister earlier emphasized in a telephone conversation with Iranian Foreign Minister Hossein Amirabdollahian that a new round of negotiations on reviving the JCPOA should start from the previous point. But Iran has rejected France’s request to resume nuclear talks from a stalled point in the sixth round, saying that Iran will not return to the previous point and has another plan to offer. Iran insists that a new government has come to power in Tehran and does not accept the policies of the previous government in this regard. The Western side will have to cooperate with this government for at least the next 4 years, so they will have to accept the new condition.

In fact, the forthcoming negotiations will be the first serious interaction between the conservative government of Raisi and the West; hence, the outcome of the forthcoming negotiations will determine the entire future of Iran-West relations in the next four years. From this point of view, the negotiations are significantly important for the new government. The importance can be seen in the implicit withdrawal of Raisi’s foreign policy team from its statements and positions before coming to power. The conservative faction considered the JCPOA as a mere loss and blamed Rouhani’s team for the cessation of Iran’s nuclear activities and granting the West a superior position through the deal. However, the foreign policy team of the Raisi government introduces the JCPOA as an acceptable document. The behavior can be considered a significant signal for the Western sides to continue cooperation and proves Iran’s readiness for peaceful relations based on the previous nuclear deal.

Iran’s approach for the forthcoming negotiations

Iran has officially announced two main conditions for continuing cooperation in the framework of the JCPOA: first, the simultaneous and effective lifting of all secondary sanctions imposed by the Trump administration; second, and a guarantee for prevention of other possible withdrawal. In the face of these two conditions, Iran will be ready to return its nuclear obligations included in the JCPOA. In this regard, Iran believes that the best option is lifting the sanctions and returning to JCPOA including resumption of monitoring and inspection of the UN and IAEA. It will also address the western side’s alleged concerns. Iran believes that since there is no plan for a nuclear warhead, there will be no reason to be strict on Western demands.

What makes the situation fragile is the nature of Washington’s behavior. Iran cannot count on the statements of the American side, and according to the experience of the Rouhani administration, Raisi will certainly not be willing to gamble its political charisma based on the US’ verbal position. Therefore, it seems that Iran has considered the scenario of focusing on minor agreements instead of trying to reach a comprehensive agreement in the first stage of negotiations.

It seems that in these partial agreements, the issues that are considered vital for both sides would be formulated and resolved, and then steps would be taken towards a more comprehensive deal. Such agreements could include issues like 60% enrichment by Iran in exchange for the lifting of banking sanctions. Both demands are considered necessary, urgent and important for both sides.

Accordingly, Iran will try to move towards a temporary and multi-stage agreement with the aim of controlling the level of tension, and after verifying the commitments of the other side to negotiated obligations, move towards comprehensive cooperation.

Time: the factor that is working against Iran

Iran has suspended negotiations for the past three months and has tried to use the time to bolster its trump cards. However, the reality is that time is running out. Iran’s economic situation is not good and the value of the national currency is experiencing its most unprecedented devaluation. Almost no foreign investment has taken place in the country and domestic and private micro-capital has also significantly left the country. As a result of this economic situation, social pressures have increased to a considerable extent, and all these factors have limited the possibility of Tehran’s maneuvering to prolong the negotiations. Iran has to reach an agreement in the short term. The internal situation of the country will be significantly affected by the results of these negotiations.