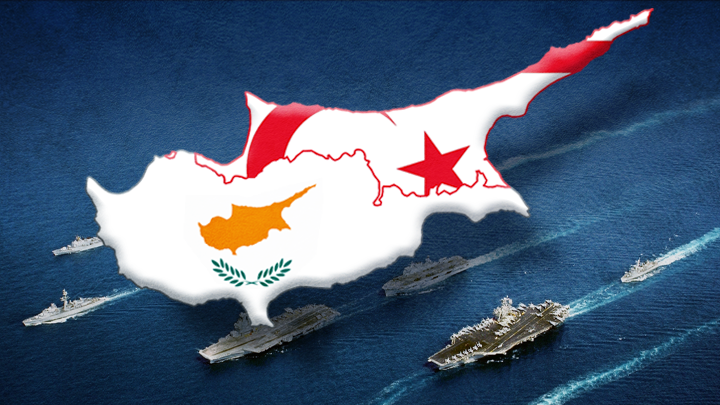 38 years ago, the Turkish Republic of Northern Cyprus (TRNC) was proclaimed on November 15, 1983. On this occasion, United World International expert gave an interview to the Azerbaijani news outlet zerkalo.az.

UWI presents below the article as published by the news outlet. The original text can be read here. Subheadings were set by UWI.

“Live peacefully on one island, but in two separate states”

November 15, 2021 marks the anniversary of 38 years since the proclamation of the Turkish Republic of Northern Cyprus (TRNC); Turkish Cypriots celebrate this date. Official events kicked off at the Ataturk monument in Nicosia.

The Vice-President of Turkey Fuat Oktay also took part in the celebrations dedicated to the founding of the TRNC.

In the summer of 1974, the Turkish Armed Forces conducted a peacekeeping operation in Cyprus. The operation was launched upon the personal instructions of the Turkish Prime Minister Bülent Ecevit and Deputy Prime Minister Necmettin Erbakan in response to the violence and pressure against ethnic Turks in Cyprus.

The actions of the Turkish military stopped the bloodshed in Cyprus and brought peace to the island, and on February 13, 1975, the Turkish federal state of Cyprus was created.

On November 15, 1983, the Legislative Assembly of the Turkish Federal State of Cyprus proclaimed the Turkish Republic of Northern Cyprus.

According to the constitution of May 7, 1985, the form of government here is semi-presidential. The President is elected by popular vote for a 5-year term. The unicameral parliament consists of 50 members, elected for a 5-year term on a proportional basis. The economy of the TRNC is dominated by the service sector and tourism.

Negotiations on the future of a bi-communal Cyprus have been underway since June 3, 1968 and were repeatedly interrupted due to the destructive position of the Greek side, which drastically slowed progress.

Today, it is appropriate to ask the question: what is the most likely future for northern Cyprus? Can we expect that over time the number of states recognizing the independence of the TRNC will grow? Turkey itself never declares a desire or intention to incorporate Northern Cyprus. At the same time, hopes that a common state with the Greek part of the island will be created are also illusory. What other options for the future remain for Turkish Cyprus?

Mehmet Perinçek, a Turkish political scientist, Doctor of Historical Sciences, a visiting researcher at the Institute of Asian and African Studies at Moscow State University, answered these questions in an interview with Zerkalo:

Turkey’s confrontation with the Atlantic

“Turkey is in a very big, tough confrontation with the Atlantic world. Especially with the United States, which supports terrorists and separatists in Syria that threaten the territorial integrity of Turkey. Everyone is aware of the United States’ ties with the PKK. They even refer to these terrorists as their ground forces. On the other hand, the United States is encircling Turkey from Thrace, and American forces are already stationed there. President Erdoğan spoke about this recently. Such a confrontation still exists in the Eastern Mediterranean. The United States has created an anti-Turkish bloc. It consists of France, Greece, South Cyprus. Together they are conducting exercises in the Eastern Mediterranean, and it is clear without a doubt that these are directed against Turkey.

In addition, the crisis related to the exploration of natural resources around Cyprus is also a big problem between the Atlantic world and Turkey. In this case, the Cyprus question plays a vital role. The Atlantic world and the Atlanticists want to destroy the sovereignty of the Turkish Republic of Northern Cyprus. Therefore, the sovereignty of Northern Cyprus is the guarantee of the security of Turkey and Turkish Cypriots. But the TRNC is resisting American interests not only because of this. The sovereignty of the TRNC is beneficial to all Eurasian countries, because if the United States becomes dominant in the Eastern Mediterranean, then they will be able to find a convenient basis for passage through the Bosporus and dominate the Black Sea or other regions around Turkey. Therefore, all countries that suffer from American aggression must support the sovereignty of Northern Cyprus, and even must recognize it. This reality cannot be ignored. There is already a real state there, and in no case will this state disappear. Therefore, the TRNC is a factual state despite the lack of recognition. Even Turkey and Russia can find a common language on the Cyprus issue, because the Black Sea and the Eastern Mediterranean are a united front against American aggression.

US surrounds Turkey and Russia at the same time

The United States surrounds Turkey from Cyprus and the Eastern Mediterranean and it thus surrounds Russia. And the situation is the same in the Black Sea. The Americans, surrounding the Russian Federation from the Black Sea or Ukraine, are also surrounding Turkey. Therefore, Turkey, Russia and other regional countries have the same interests. Therefore, it is imperative to find a common language on these issues.

Here we should also mention the recent summit of the Organization of Turkic States. One needs to ask, why Northern Cyprus was not represented? This is also an independent state. The TRNC must take its place in this organization. First of all, the Turkic states must recognize the sovereignty of the TRNC. And this will not be a gesture towards Turkey – it must be done for the sake of their own interests. Because if Northern Cyprus loses its sovereignty, its positions on this island, then the positions of Azerbaijan will be worse in Transcaucasia, and Russia’s situation in the Black Sea will become more complicated. Therefore, for the sake of their interests, other countries besides Turkey must also support the sovereignty of this state.

High time for Eurasia to recognize the TRNC

It is no longer possible for Greek Cypriots and Turkish Cypriots to live together in one state. They can live peacefully on one island, but in two separate states. This is the only possible solution. Therefore, it is high time that all Eurasian countries that face the American threat recognize the sovereignty of the Turkish Republic of Northern Cyprus.