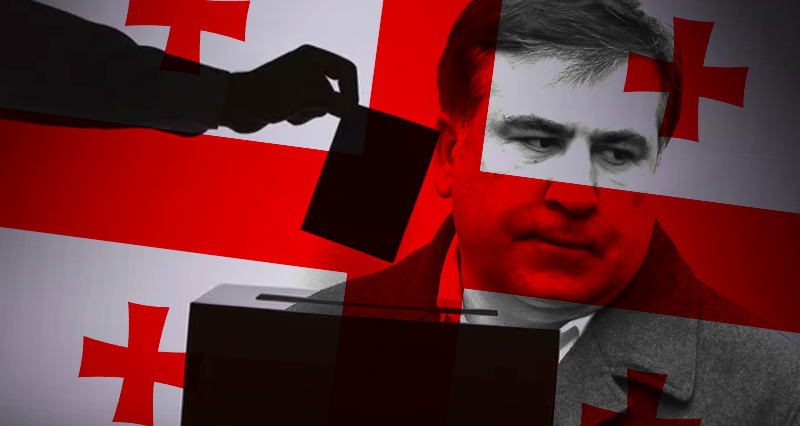 It is uncommon when municipality elections become top stories in the global media, but the recent elections in Georgia have been an exception. On October 2 in Georgia, municipal elections were held and attracted the attention of international media.

1- Six months ago, the Georgian Government had promised to hold early parliamentary elections if the ruling “Georgian Dream” Party gets less than 43% of the votes: the opposition perceived these elections to be the first phase of the parliamentary elections. However, the ruling party got more than 46% of the elections, thus, there is no obligation for it to hold early parliamentary elections. On the other hand, in 21 municipalities, including the capital Tbilisi, none of the candidates managed to get 50% of the votes and according to the Georgian legislation, in these municipalities, second round elections must be held. They will be held on  October 30. For this reason, the tension of these municipality elections will continue at least until November.

2- This election process was marked by the unexpected visit of the former president of Georgia Mikheil Saakashvili, and his arrest by the Georgian court. Nowadays, Saakashvili is staging a hunger strike in prison. Saakashvili once again has managed to attract the attention of the world media.

In order to understand this extraordinary election process, it will be good to take a look at some past events:

The domestic political crisis in Georgia

The promise of the government to hold early parliamentary elections is related with the inner political crisis in Georgia, which erupted last year. (For the detailed background, please look at my previous article, “Permanent Political Crisis in Georgia”: https://unitedworldint.com/18200-permanent-political-crisis-in-georgia/ ) On October 31, 2020, the second round of the parliamentary elections were held in Georgia.

Although the ruling Georgian Dream Party was declared to be the winner of the elections (according to the official results, it got 43% of the votes), the opposition refused to recognize the results and began boycotting the parliament. The crisis further escalated when the leader of the main opposition party, United National Movement, Nika Melia was arrested in February. Since Georgia is an important country for the West owing to its location, the political crisis had also attracted the attention of the Western countries and as a result of the mediation efforts of the European Union, an agreement was reached between the government and the opposition. The government was undertaking to organize early parliamentary elections in the case that the ruling party gets less than 43% (the amount of votes that the ruling party reportedly took in the parliamentary elections), there would be early parliamentary elections in the spring of 2022.

However, this political crisis has deeper roots. As it is well known, Georgia is the first former Soviet country where a color revolution occured: In 2003, the “Rose Revolution”, a revolt against the then president Eduard Shevardnadze during the presidential elections, was apparently supported by the US and the EU and this revolt brought Mikheil Saakashvili to power. Saakashvili served two terms as president from 2003 to 2013 and during this period, he managed to transform Georgia in along the desires of the US. For this reason, the US used to present Georgia as a model country to the other former Soviet countries. However, he miscalculated the support of the West in 2008 and he launched an attack to the breakaway region of Georgia, South Ossetia. However, contrary to his expectations, Russia intervened immediately and the subsequent “Five Days War” between Russia and Georgia resulted in the defeat of Georgian forces. The expectations of Saakashvili did not turn out to be true: The West did not render real support to Georgia in this war. Moreover, the consequences of this war almost annihilated all of the achievements of Saakashvili and it was one of the main reasons why he lost his popular support. In the elections of 2013, the candidate from Saakashvili’s United National Movement’ Party could not win the presidential elections (According to the constitution, a person can serve as president only for two subsequent terms, and so Saakashvili did not become a candidate at those elections). At the parliamentary and presidential elections of 2012 and 2013, the former opposition party “the Georgian Dream” came to power and soon afterward, they started investigations against Saakashvili.

Nonetheless, soon after the defeat of Saakashvili in Georgia, another pro-Western revolution occured in another ex-Soviet country: In 2014, the then president of Ukraine Viktor Yanukovych was toppled by pro-Western forces. After that, early presidential elections were won by the pro-Western candidate Petro Poroshenko. After the elections, The US urged Poroshenko to employ foreign consultants in Ukraine in order to perform the necessary reforms. In this framework, Saakashvili came to Ukraine and became the main consultant of the president. Soon after that, in the spring of 2015, he obtained Ukrainian citizenship and was appointed as the governor of Odessa Province of Ukraine (a former president of another country had obtained citizenship of another country to serve as a governor of that state). However, the new government in Georgia annulled his Georgian citizenship, when it was learned that Saakashvili was given Ukrainian citizenship.

It was clear that such a figure – a former president and leader of a revolution – would not act like an ordinary governor. Indeed, Saakashvili soon came into conflict with the Ukrainian government and then with the president and in November 2016, he had to resign. After that, he declared that he would act as an opposition leader and he established his political party in Georgia. The next year, he gathered nationalist forces and began protest actions against President Poroshenko. However, when he was abroad, the Ukrainian Government canceled his Ukrainian citizenship and banned him from entering Ukraine. However, Saakashvili managed to enter from Poland to Ukraine with the help of Ukrainian nationalist militant groups. He continued to hold protest meetings every weekend. But Poroshenko managed to capture him one more time and deport from Ukraine. Saakashvili could return to Ukraine and obtain Ukrainian citizenship again only after the presidential elections in 2019 were won by Volodymyr Zelensky. However, his plans to become the prime minister of Ukraine were not realized. Saakashvili one more time had miscalculated the political situation.

After the new forces came to power in Georgia in 2013, Saakashvili was found guilty for a few cases related to abuses of power. He was sentenced to 6 years of imprisonment. But despite the fact that the Georgian Government warned that Saakashvili would be detained as soon as he returned to Georgia, he returned to Georgia on the eve of the municipality elections. He was detained and arrested. From the prison cell he called Georgians to take to the streets, but the protest meetings in support of Saakashvili were attended by only a few hundred people. Although the recent meeting in support of Saakashvili gathered tens of thousands of people in Tbilisi, it can hardly be expected that this protest will turn into a revolution. This imprisonment has not made Saakashvili a national hero, at least not yet.

Second round elections However, in the recent elections, in Tbilisi none of the candidates managed to get 50% of the votes and in Tbilisi and in other 20 cities, a second round of elections will be held on October 30. This second round election may trigger a new political crisis, since the party of Saakashvili has great support especially in the capital. In the case that the elections in the Georgian capital are won by the main opposition party or in the case that they do not recognize the results may cause a new turmoil. Needless to say, it is worth keeping a close eye on upcoming events in this South Caucasian country.