Mali: France is behind terrorism 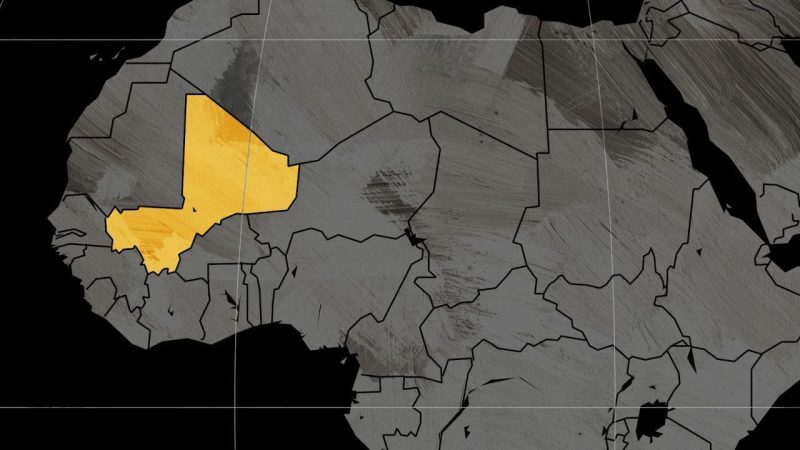 Prime Minister Choguel Kokalla Maiga of Mali said that France has failed to fight terrorism in his country and accused Paris of helping terrorists. The head of Mali’s government said this in an interview with several world agencies.

According to Turkish news agency Anadolu, Maiga said the outcome of the French military intervention in the country was a triumph for the terrorists:

“After 8 years, the terrorists have won 2/3 of the country’s territory, after 8 years, we find that the territorial integrity of Mali has not been secured.”

In another interview, for the Russian news agency Sputnik, the Prime Minister of Mali accused France of training terrorists in the Kidal region, in the north of the country.

“Mali has no access to Kidal, this is an enclave controlled by France. They have armed groups trained by French officers. We have evidence. We do not understand this situation and do not want to tolerate it,” he stressed.

The statements were made amid a new strain in relations between Mali and France. A few days ago, the Malian Foreign Ministry summoned France’s ambassador to Bamako because of offensive remarks by French President Emmanuel Macron, who spoke of the Malian authorities as “not even a government”.

In September, speaking at the UN General Assembly, Choguel Kokalla Maiga accused France of leaving his country at the mercy of terrorists. In the same days, the media reported that the Malian authorities had decided to conclude an agreement with the Russian military company Wagner to fight terrorism. The Russian military specialists have proven themselves as effective in another African country, the Central African Republic. Mali’s current government came to power after a patriotic military overthrew pro-French President Ibrahim Boubacar Keita last year.

Accusations of support for terrorism by the prime minister of Mali confirm suspicions expressed by journalists and experts in Mali and other African countries.

The region of Kidal, “dominated by the French military, has become an epicenter of lawlessness and violence completely beyond the reach of the Malian state”, reported Al Jazeera. In this region, the French were formally collaborating with the Coordination of Movements of Azawad (CMA), a separatist coalition of Arabs and Tuaregs.

The Malian media has also accused France of illegally extracting the country’s natural resources in the region. “One of Mali’s partners in resolving the northern conflict has already started work on some deposits, particularly uranium in Kidal,” Mali Jet wrote back in 2015. The journalists hinted directly that they were talking about France, stressing that the French military promptly appeared in the north of the country after the Italian company ENI and Algerian SONATRACH, not the French, had obtained exploration licenses in the gas and oil-rich Taoudenni region.

Nigerian analyst J. Tochukwu Omenma also accused France of supporting Boko Haram terrorists in order to provide a cover for the takeover of oil, gas and uranium-rich areas in Nigeria. Nigeria is not a French-speaking country, but Paris is now trying by all means to establish itself as a key partner of the country.

In another African country, the Central African Republic, the French Castel Group paid money to militants of the Union for Peace in the Central African Republic (UPC) group, which together with other bandits, the Coalition des Patriotes pour le Changement (CPC), tried to overthrow the democratically elected president late last year and early this year. In this case, the Paris-sponsored bandit attack was repelled by CAR troops trained by the Russians.

In Syria, France openly supports PKK terrorists. French cement giant Lafarge is known to have paid money to both PKK and ISIS terrorists.

Turkey is a friendly country

Against the background of French support for terrorists and bandits, it is not surprising that African countries are losing confidence in Paris and are looking for new partners. These partners turn out to be Turkey, Russia and China. Mali has shown it can do without French support. Interaction between Mali and Russia is currently being actively discussed. However, judging from Choguel Kokalla Maiga’s interview for Anadolu, Maiga stressed that Mali also needs Turkey’s help in combating terrorism:

“Today, the Malian government says: we are looking for partners to help fight terrorism. No country is excluded. Those who are willing to meet us, who can help fight terrorism and ensure their territorial integrity, are all welcome. We need a friendly country like Turkey.”

Also according to the prime minister of Mali, his country intends to actively develop trade and economic relations specifically with Turkey. “The supporters of liberalism reject fair trade,” he said, criticizing the policies of Western countries, which impose unequal trade relations on countries like Mali.