Why did Soros open Pandora’s box? 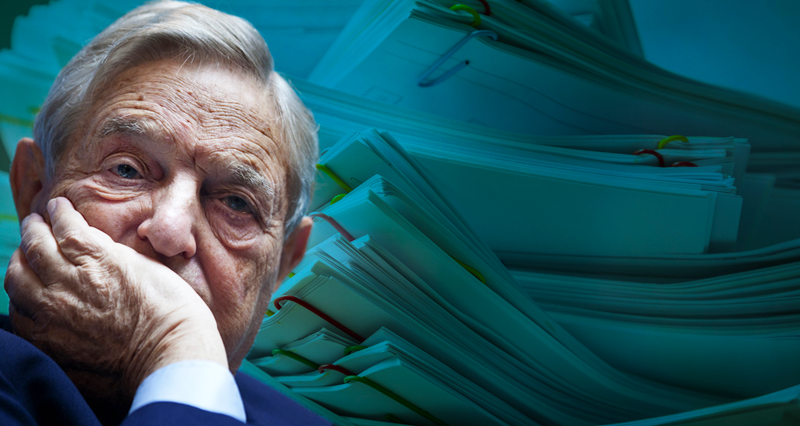 The Soros-funded International Consortium of Investigative Journalists (ICIJ) has published the Pandora Papers, claiming to disclose the secret offshore affairs of 35 world leaders, including current and former presidents, prime ministers and heads of state. The publication has sparked a debate.

While the Washington-based ICIJ reports on leaders of developing countries in the Pandora Papers, it is noteworthy that no disclosure has been made on any notable name from the US. The insistence of ICIJ’ journalists to keep their sources secret also raises questions. More than 600 journalists from 117 countries are said to be working on the documents. However, there is not a single leak of original document in this process, with the concerning documents only open to the journalists’ eyes! Additionally, it draws attention that it is news agencies such as the BBC and the Guardian, outlets closely linked to intelligence services, which lead the Pandora research and reporting.

Many critics have pointed out that these ‘corruptions’ predominantly concern cases in Russia or Latin America, where ICIJ maps point. For example, not a single corrupt US politician is politician named. The ICIJ notes that the countries most prominently represented in the filings are Argentina, Brazil, China, Russia, and the United Kingdom. This rhetoric is remarkable, because the Consortium itself identified over $1 billion held in US-based trusts, key instruments for tax avoidance, evasion, and money laundering.

The same organization, the ICIJ, also published so-called documents targeting the Beijing administration under the name of China Cables in 2019. It was revealed that the documents published by ICIJ, claiming to contain confidential information about the “Vocational Training Camps” in China’s Xinjiang Uyghur Autonomous Region, were distorted and interpreted.

What purpose do the leaked documents serve?

The published documents are widely disputed for the reasons mentioned above. Additionally, the credibility of an organization like ICIJ raises doubts. Questions about the purpose of the network that leaked and published the documents also raise doubts about the reliability of the documents. The Washington-based ICIJ is known to be funded by George Soros’ Open Society Foundation, which is famous for organizing coup attempts and domestic strife in different countries. The CIA-backed Ford Foundation, one of the world’s largest foundations finances ICIJ as well as eBay founder Pierre Omidyar.

On the other hand, when we look at the political and economic relations of these media organizations working on the Pandora Papers, their networks of interests and the interstate interests and policies of these countries, a much more complex situation emerges. Is journalism the lone motivation that drives media organizations with such complex and possibly conflicting interests, corresponding to a large network of economic relations in total, to work together and publish such ‘secret’ documents? Moreover, all this while the published documents do not harm the dominant market interests…

One response to “Why did Soros open Pandora’s box?”