Military tensions in the Black Sea and beyond 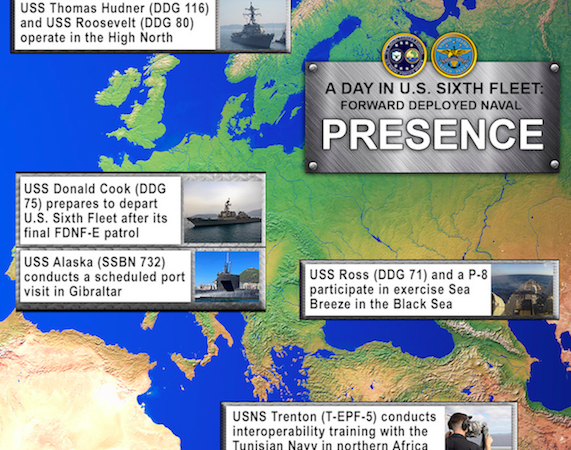 NATO and its allies have started the military exercise See Breeze 21 in the Black Sea on Monday, June 28th. The exercise, co-hosted by the US and Ukrainian navies, takes place amidst rising political and military tensions between western countries and Russia.

NATO stated that 32 countries will take part in the exercise, providing 5,000 troops, 32 ships and 40 aircraft. NATO states the political goal of the exercise as follows:

“Since Russia’s illegal annexation of Crimea in 2014, NATO has increased its presence in the Black Sea. NATO supports Ukraine’s sovereignty and territorial integrity within its internationally recognized borders, extending to its territorial waters. NATO does not and will not recognize Russia’s illegal and illegitimate annexation of Crimea and denounces its temporary occupation.”

In a press conference, the US navy commanders of the exercise described the military targets as follows:

– Explosive hazard and wreck clearance with our EOD divers

– Intercepting fighter jets, how to safely conduct air-to-air operations, and expose our teams to new methods,

– Coordinating operations of destroyers and cruisers in international waters,

Pentagon spokesperson John Kirby summarized the exercise, stating “it will include force integration training, which places participants into a pre-scripted scenario that builds familiarization at sea, and then this will transition in — into the unscripted scenario of testing the dynamic maritime capabilities of the participants”.

“The United States is proud to partner with Ukraine in co-hosting the multinational maritime exercise Sea Breeze, which will help enhance interoperability and capabilities among participating nations,” said Chargé d’affaires Kristina Kvien, U.S. Embassy in Ukraine. “We are committed to maintaining the safety and security of the Black Sea.”

All official US and NATO sources insisted on their assesment that the Black Sea is “international waters”, which should be “open to all forces”. NATO thus indicates its prologed and strenghtened presence in the Black Sea.

The exercise is taking place very close to Crimean territorial waters, which the NATO and US consider as belonging to Ukraine. In the last days, the British destroyer HMS Defender caused an incident by cruising through Crimean waters on a passage to Georgia.

The Russian navy and air force fired warning shots, claiming that Russian territorial waters were violated. The British government first neglected that any warning shots were fired, but then also insisted on its right to peaceful passage through Ukrainian waters.

British Defence Ministry documents found on a bust stop in Britain revealed that London had calculated a Russian response to the vessel’s route and deliberately decided to take the passage close to Crimea.

The British newspaper The Telegraph reported that Foreign Secretary Dominic Raab had raised concerns about the decision.

A similar tension was reported to have occurred between the Russian navy and the Dutch destroyer HNLMS Evertsen around the Crimean waters.

Upon rumors that the US vessel USS Ross was sailing around Crimea, the US navy felt compelled to reinstate that the vessel had not left the harbor of Odessa. Asked about possible conflicts with Russia, the US navy commanders also have stated they “expect professional behaviour” from all participants of the exercise.

Russia’s embassy in Washington called last week for the latest exercises to be cancelled, and the Russian defence ministry said it would react if necessary to protect its own national security.

With the beginning of the exercises, the Russian Ministry of Defence announced Russia said Tuesday it has activated its S-400 missile systems in annexed Crimea.

On June 30th, Russian president Putin commented on the past incident with the HMS Defender and the Black Sea situation.

“Even if we had sunk that ship (the Defender, UWI), it would still be hard to imagine that the world would be on the brink of World War III,” the president said during and annual Questions & Answers session. “Because those who are doing this know that they can’t get out of this war victorious. That’s a very important thing.”

Calling the British vessel’s action “a provocation, of course”, the Russian president emphasized that the US had knowledge, hinting to the fact that the very same day, a S strategic reconnaissance plane took off from a NATO airfield in Greece, from Crete, I believe.”

The Russian president commented the following on his country’s relations to the US:

“The world is changing dramatically. But our partners in the US, on the one hand, understand this, and this is why the Geneva meeting [with US President Joe Biden] took place, but, on the other hand, they seek to preserve their monopolistic position at any cost. I do hope that the world order will become more favorable, and our relations, including with the United States, will return to normal”.

More military encounters and tensions – this time in the Mediterranean

The British-Russian military encounters were not limited the Black Sea. Before the start of the Sea Breeze exercise, the British striker group HMS Queen Elizabeth conducted drills in the Eastern Mediterranean.

The Kremlin organized a competing war game involving five warships—the cruiser Moskva plus two frigates and a pair of diesel-electric submarines—as well as bombers and fighters staging from Khmeimim air base in Syria. Six other Russian warships—support vessels, mostly—also are in the Med.

David Axe from Forbes reports that during the Russian drills, MiG-31K fighters carrying Kinzhal hypersonic missiles practiced an attack run on Queen Elizabeth as Su-35 and Su-34 fighters flew cover. The practice raid ended with a simulated Kinzhal launch on or before Monday.

And more NATO exercises – in the Baltic region

NATO also started a two-day military exercise on June 29th in Estonia, covering the Baltic region. the Ramstein Alloy exercise series is hosted by Estonia, with Allies Germany, Italy, Poland, Spain, Turkey  and NATO Partner Finland as well as NATO E-3A AWACS scheduled to participate in the training drills with more than 20 aircraft.

The focus of the event will be on the training of drills, procedures and processes for quick reaction forces that safeguard the skies in the region, states NATO.

The two sides discussed a wide range of issues from regional developments in Libya, Syria and the Caucasus to bilateral topics of trade, energy and tourism.

Russia and the United States are getting prepared for the beginning of strategic stability talks in July, Russian Permanent Representative to the United Nations Vassily Nebenzia said on Wednesday.

“Talks on strategic stability will kick off in July. The sides are getting prepared for that,” he said.

German Minister of Defense, Kramp-Karrenbauer has meet on June 30th her counterpart, the US Secretary of Defense in Washington. Though Afghanistan is expected to be the main topic in the talks, Germany has also advocated in the EU summit for more dialogue with Russia recently.