Biden’s “efforts to build a coalition against China” 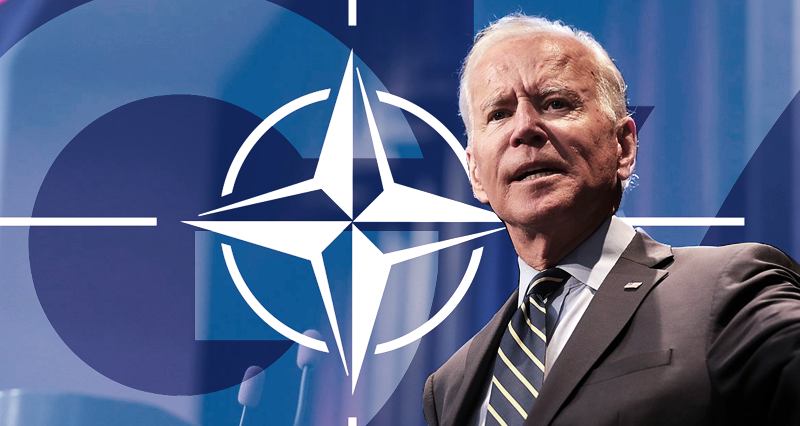 “The U.S. is back“ was Biden’s first statement after being elected. And then Biden went on to say: “The main challenge in the 21st century will be between the United States and China.”

These statements of Biden showed that he would continue Trump’s policies. Consequently, the US administration made its first foreign trips to Japan and South Korea. With the G7 and NATO summits last week, the effort to reconsolidate the Atlantic alliance came on top of all this. The invitation of Australia, India, South Korea and the Republic of South Africa to the G7 summit, which are not members of the G7, was clearly a projection of the US “anti-China coalition” strategy.

We have also witnessed a concept introduced by US experts into the political literature during this period: “Indo-Pacific”. How was the new US administration’s strategy of reviving the US-EU alliance against Russia and restoring the “Indo-Pacific” alliance against China received by the EU and the Asian countries? Let’s examine that:

How far can Japan and South Korea support the United States?

The US Secretary of State Blinken and the Secretary of Defense Austin made their first overseas visits as representatives of the Biden administration to Japan and then to South Korea. As the first step of a “strong deterrence” policy against China, the policy of reviving and even expanding the alliance called “QUAD” has been determined as the first goal by the USA. Blinken’s first statement during his visit to Japan was as follows: “If necessary, we will counter China’s aggressive policies in the East and South China Sea, in Taiwan.”

In addition and at the same time, the USA, Japan, India and Australia held the first leaders’ summit of the QUAD group. The final declaration of the QUAD summit emphasized the “free and open Indo-Pacific”. It seems that the Biden administration has attributed great importance to this summit In terms of renewing American hegemony, which had regressed deeply in the Trump era. At the same time, the summit similarly reflects the desire of the United States to build a multilateral front against China, which has increased its global influence through the Belt and Road Initiative. After the summit, some US experts made ambitious comments, indicating that “Asia’s NATO is forming.”

Blinken and Austin’s second stop was Seoul. The US officials recalled their vows of alliance with South Korea, but more importantly, it was an effort to include South Korea in the anti-China alliance (QUAD).

The US’ effort to include Japan and South Korea into its anti-China policy is clearly facing some challenges. From the point of view of Japan: Japan is the country with the highest national debt compared to GDP. In addition, the mutual trade volume of China and Japan is around US $ 350 billion. The situation is similar in South Korea. China is South Korea’s largest trading partner. China accounts for 25 percent of South Korea’s foreign trade volume. Leaving aside a great cultural historical heritage, it seems quite difficult to drive countries that are so mutually dependent on each other from an economic point of view into hostility towards each other.

What results did the G7 and NATO summits produce?

The G7 summit held in the British town of Cornwall on 11-13 June was a preparation for the NATO summit and the main topic of the summit was “reviving the Atlantic alliance”.

To say that the US got what it wanted from the G7 summit is hardly true. The increasingly harsh rhetoric of the United States against China was not included in the summit’s final declaration. The United States, which has articulated lies beyond imagination, such as the “Uighur genocide” and “forced labor of Uighurs”, has not been able to get the G7 countries to accept these discourses. As a matter of fact, the anti-Chinese claims on page 49 and 50 of the final declaration of the summit were no different than before: “Human rights violations in Xinjiang and Hong Kong”. Indeed, China hasn’t even been mentioned in the sections about the South China Sea and Taiwan issues.

At the end of the summit, a plan of infrastructure alternative to “China’s Belt-Road Initiative” was announced. This announcement raised many questions. Merkel commented on the plan, which is intended to “help developing and poor countries”, saying that “The funding is not yet clear”. The project was announced as “Build Back Better World”, but its geographical coverage and financing are still uncertain. Still, the Western media continues to promote the project after its announcement.

In contrast, when Xi Jinping announced the “Belt and Road Initiative” in 2013, he called it the “Project of the Century” and it was clearly stated which countries and roads it would cover as well as how it would be financed. More than 120 countries on 5 continents are now part of the Belt and Road initiative and its funding has reached $ 4 trillion. It is also important that the G7 imitates China in terms of showing how the “New International Order” is taking shape.

The NATO summit and the Putin-Biden meeting

For 30 years after the collapse of the Soviet Union, the reason for NATO’s existence has been debated. For a long time, the United States has tried to keep members together with the rhetoric of “fighting international terrorism.” The Biden administration and the NATO needed a new motivation, and the actual main strategy is based on the contradiction between the “Free World and Communist China” inherited from the Trump era. But at the recent NATO summit, it seems that the US has also failed to get NATO members to accept this plan.

“NATO must confront a rising China”, NATO Secretary General Jens Stoltenberg said at the opening of the NATO summit. But in the final declaration, NATO’s 2030 concept has adopted, and instead of China, “Russia” continued to be the “main threat”. Right before the summit, Turkey’s President Erdogan Turkey announced a new SWAP agreement between Turkey and China. “The Cold War with China would be very wrong, ” German Chancellor Merkel said after the summit. There are many more areas where we will cooperate,” she said. After all, China couldn’t be declared the “main enemy.” Of course, the expression about China being a “threat to the international order” in the final declaration was not the main goal of the USA.

After the summit, there was another important meeting. Biden, who called Putin a “murderer” a few months ago, backed down and met with him in Geneva. After the meeting, the leaders issued a press release separately, sending a message of “unity”. The New York Times wrote that Putin was much more prepared to the meeting than Biden. Biden made in his press release a move very similar to Trump. When asked, “How do you trust Putin?” by a reporter, he scolded the asking person. On the other hand, Putin seemed much more relaxed, responding to journalists by quoting Tolstoy.

Neither is the world the old world, nor are the USA the old USA!

An important note should be added to all this: the EU leaders’ Summit. There was a conflict at the summit regarding the attitude towards Russia. The German and French leaders call for dialogue with Russia was met with backlash by other EU member states.

It is also important that Germany continues the North Stream-2 project with Russia despite the threat of US sanctions. More importantly, the Austrian Chancellor Sebastian Kurz supported Russia’s statement, where Moscow had declared “we don’t want to use US dollars in foreign trade and we are exchanging dollars in our reserves”. Kurz answered positively by saying “We can make payments to Russia for the purchase of energy resources in Euro.”

The Biden administration is facing structural problems on the domestic front and abroad. Moreover, this time, they don’t face a partially isolated Soviet Union from the world. We will see together how China, which is integrated with the world economy and has become the production base of the world, and hundreds of developing world countries will shape the policy, which the USA will have difficulty in overcoming in its foreign policy in the coming period. Yes, “the USA is back”, but the world is not the old, unipolar world.