An analytical approach to the Iran-China Strategic Document 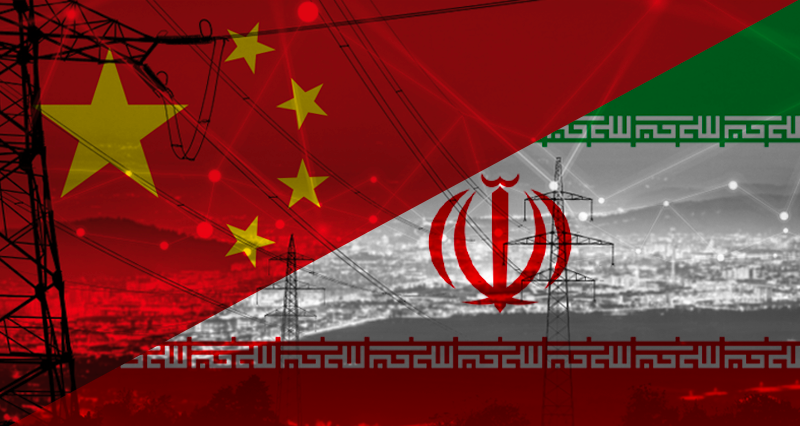 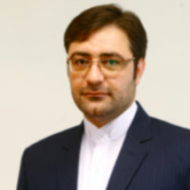 The signing of a 25-year roadmap for comprehensive strategic cooperation between Iran and China was met with a wave of opposition based on distortions of reality orchestrated by various political currents, both inside and outside Iran.

The beginning of the drafting of a document, which Iran and China have agreed upon as a roadmap for the realization of comprehensive strategic cooperation between the two countries, coincided with the official visit of Chinese President Xi Jinping to Iran on February 23, 2016.

At the time, Tehran and Beijing issued a joint statement announcing that they had raised the level of relations between the two countries to a comprehensive strategic partnership. In paragraph 6 of the statement, they expressed their willingness and readiness to consult and negotiate a long-term cooperation document.

Negotiation process of the Agreement

In this context, based on the task assigned to the country’s diplomatic apparatus, the Ministry of Foreign Affairs, in close cooperation with other state institutions and after holding several coordination meetings, prepared a draft version of the “Comprehensive Cooperation Program” and finally the drafted document was presented to Chinese officials during Mohammad Javad Zarif’s official visit to China in September 2019.

In the spring of 2020, the Chinese authorities, after conducting the necessary studies and studying the submitted draft, expressed their opinion on the draft, which had been proposed by the Iranian side. Subsequently, the Ministry of Foreign Affairs, in cooperation with state institutions, reviewed the document and began through the legal process.

In October of last year, during Mohammad Javad Zarif’s return to China, Iran informed the Chinese government of its amended and supplementary views on this document. The Chinese side also informed the Iranian Ministry of Foreign Affairs of its opinions on the document in mid-March 2021, and finally, with the visit of Chinese Foreign Minister Wang Yi to Tehran on the first day of the Iranian New Year, the document was officially signed by the parties.

According to Tehran and Beijing officials, the document should be considered a political, strategic, economic and cultural program that pursues comprehensive aspects of relations between the two countries in the long term.

Media distortions on the Agreement

This is an important event but, for a variety of reasons, the most important of which is preventing Iran from survival under the pressure of maximum Western sanctions. It has been the focus of the domination media front from the very beginning to do all it can, including official media and social networks, many of which are distorting the truth. There is a concerted effort to make the public pessimistic about the plan and make it difficult for the system to advance its goals.

Producing media content with keywords such as “selling Iran to China”, “Chinese Turkmenchay”, etc. using the technique of psychological warfare “moving from the second step” – not addressing the essence of the story and magnifying distorted margins – all of these strategies are being employed to derail the effort. Unfortunately, with the help of some domestic activists, these efforts have seen wide success.

However, there are significant points about this document and why it was compiled and signed by Iran, which, if properly and accurately explained, can answer people’s questions and concerns.

The central point in this marginalization is the polarization of East and West in the foreign relations of the Islamic Republic, which tries to induce the system as the main culprit of sanctions by positing the West as the only possible savior of the country, and to reduce strategic relations from an equal position with the East and the issue of sanctions neutralization to desperate self-promotion.

The importance of Iran-China relations

In this regard, the following points are of particular importance and show that the signing of the document is based on the logic of active and comprehensive diplomacy and the maximum provision of national interests:

First, although the US economy has a gross domestic product of about $29.471 trillion, far ahead of China, China has more purchasing power than the United States. For a country that needs currency and encourages others to invest domestically, such a document is absolutely necessary.

To describe things more precisely: China will be the hub of the world economy in the future, and it is very valuable to have a strategic relationship with a country that is a major economic power. On the other hand, Iran is a country that has a comparative economic advantage in the export of oil, gas and petrochemical products, and therefore, a long-term strategic partnership with Tehran will also benefit a country like China.

In terms of economic development, Iran needs Chinese foreign policy in exchange for imports of oil and gas and petrochemical products, and China can invest in the economic plans of the oil and gas industry and communication and telecommunications infrastructure. Therefore, if the 25-year relationship is implemented, one can have relative confidence about long-term economic planning.

Second, on the political level, the strategic partnership with Beijing has positive implications that are not deliberately addressed. Over the past two decades, China has been the second most powerful and active country in the world in terms of economy, population, and military spending, and its military spending has been steadily rising.

Despite all the hostilities and the toughest sanctions regime in the world, Iran has reached a point of internal capability and stability, as well as regional and international influence, which has been acknowledged by many Western experts and even politicians. It is clear that the US and the West are not happy with this agreement, as it implies the formation of a new power bloc against the West and its satellites.

They are well aware that this memorandum could be the beginning of a strategic and meaningful move towards Iran’s proximity to the East and, of course, will reduce Iran’s need for the West. It is also a strategic move by China to enter West Asia and proximity to Western markets turning China into an economic hegemon and overtaking America.

It is very clear that in the face of intense US pressure, Iran should not stand idly by and just watch the current situation to become an isolated country. The logic of an “offensive diplomacy” based on an “active resistance strategy” dictates that Iran must think of other alternatives.

Third, the broad economic benefits that Iran derives from this document need much explanation. The realization of China’s heavy investment in Iran and Iran’s cooperation in the implementation of the “Belt and Road Initiative” project as a project along the Historic Silk Road can certainly be important for Iran as the main crossing of this project and play an important role in increasing Iran’s economic development.

Unfortunately, for reasons such as some extremist views toward the West, Iran has lost valuable golden years in realizing its geopolitical and geoeconomic capacity and has failed to play a role in projects such as the Belt and Road Initiative. One of the features of this document is the emphasis on the effective role of Iran in this project and it is hoped that the remaining opportunity to realize part of this great capacity in the form of cooperation in the field of infrastructure-communication (rail, road, port and air) will be used to the fullest, which will definitely lead to the revival and flourishing of Iran’s transit capacities.

Of these corridors, the last two will have the greatest impact on Iran’s national security and will make maintaining Iran’s security important for other actors active in them.

Iran is a geostrategic country on the New Silk Road that connects China to the energy resources of the Persian Gulf and the heart of Western Asia and Europe via Central Asia. Iran is also the easiest non-Russian trade route for Central Asian countries to reach open waters.

Fourthly, China has always wanted to reduce the energy risk in the Straits of Malacca and Hormuz. With its rich energy resources and control over the Strait of Hormuz, where about two-fifths of China’s oil imports pass through, Iran plays an important role in this new energy route, which makes Iran an important country on the Silk Road in terms of expanding cross-border access. From the point of view of Chinese strategists, Iran is the last wall against US influence in Eurasia.

Not only the United States, but also its allies in West Asia – Saudi Salafism and Turkish Pan-Turkism, and anti-Beijing Uighurs – will pose a threat to China’s national security and territorial integrity, an issue that could stifle the idea of ​​a new Silk Road.

Fifthly, Iran is of great importance in terms of energy geopolitics. Keep in mind that the New Silk Road is in part about the importance of controlling the flow of energy from the Persian Gulf, Central Asia, and Russia to China. No oil-rich country except Iran has the ability to upgrade its relations with Beijing to a strategic level.

In other words, not only can Iran, as the world’s second largest oil and gas producer, meet China’s growing energy needs, it also manages its energy resources differently from other oil-rich countries in the region; especially Saudi Arabia, without US influence. On top of this, the long-term sanctions imposed on Iran by the West has eliminated the possibility of the presence of Western oil companies in the country’s oil industry and provided the ground for China’s effective presence.

It should be noted that Iran has always been one of the three major oil exporters to China before Trump imposed sanctions. The peak of energy relations was between 2011 and 2014, when China imported more than $22,000 million worth of energy from Iran. For this reason, Iran’s role in this project will be crucial for national security and comprehensive development of the country.

The China-Iran agreement will be a decisive step in reviving the Silk Road, which will increase Iran’s maneuvering power in the region’s geoeconomic trends and encourage other economic powers to invest in Iran’s economy and infrastructure, especially ports and road networks.

Iran-China deal and effects on India

Although some reports have suggested that Iran’s decision to expel India from the Chabahar port investment project in Beijing’s favor, Tehran is cautiously blocking the transfer of Chabahar to Beijing. Therefore, it seems clear that Tehran is trying to pressure India to accelerate double investment in Chabahar.

At the same time, Iran has offered Jask to China for investment, thereby seeking a more inclusive policy in relations with China and India.

In fact, the China-Iran agreement has forced Delhi to make up for the lack of cooperation with Iran in Chabahar, as Indian officials are desperate to launch their “flax road” and access Afghanistan and Central Asia via Chabahar.

Strong challenge to US hegemony

In addition, this agreement could facilitate Iran’s accession to the network of major highways and turn it into a new Silk Road hub, a north-south international transportation corridor, and, of course, a linen road.

Unsurprisingly, the United States is aware of this, and is targeting strategic Iran-China relations as part of the new geopolitical guidelines of the country. Intervention and aggression is emphasized in the foreign policy doctrine of the ruling Democratic party, requiring the sides of new power blocs in the future geometry of the existing international system. The signing of this strategic agreement between Iran and China is a strong challenge to American hegemony.