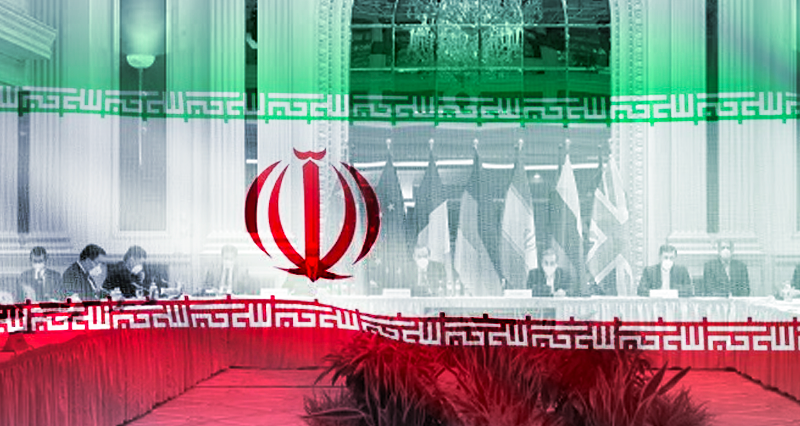 Nuclear negotiations have been among the most critical issues facing Iran since 2003. Given all the ups and downs the issue has had on the political, economic and even social life of the people, the negotiations have become an inevitable part of Iranian everyday life. The issue has been a top priority for 3 presidents and 6 government cabinets so far, and it is likely that this will remain the case for the next president, who will be elected next June.

17 years of experience: the results are always fragile

It is usually expected that when the government changes hands in Iran, the new diplomatic missions apply different approaches to the issue, as the change in 5+1 states has also been an influential factor.  The 17 years history of the negotiations has proven that due to interference and other variables affecting the issue, the results are often fragile and unreliable.

The first round of nuclear talks was held between Iran and the three European states of UK, France and Germany. The negotiations led to three documents of Saadabad Declaration (October 2003), the Brussels Agreement (February 2004) and the Paris Agreement (November 2004). The negotiations held under the presidency of Mohammad Khatami and Hassan Rouhani as the then chairman of the Iran’s National Security Council, Mohammad Javad Zarif, the then representative of Iran to the UN, and Kamal Kharazi, the then Minister of Foreign Affairs played a significant role in advancing the issue. The most important feature of this round of negotiations was the optimistic approach of the Iranian side as an effort to make a window for boosting their international ties. Accordingly, Iran voluntarily stopped all its nuclear activities with the aim of building trust, but not as a result of a legal obligation. In return, the European side was expected to help Iran join the WTO and bring more international advantages.

However, in his last month of the presidency, Khatami found out that while Iran has suspended its industrial and even scientific nuclear activities, nothing has gained from the European side.

The first damage of the Iranian public trust toward the West occurred at this time. The Iranians realized that the West would not adhere to its own commitments, and that the nuclear issue had become a new dilemma rather than a new opportunity for dialogue. When the Iranians removed the seals from their centrifuges and restarted the Uranium enrichment, this round of negotiations ended. However, beside the effects of this decision on foreign policy, it also had significant importance in terms of domestic politics. Various political factions defined their functional legitimacy according to the nature of their beliefs on the issue. The issue was certainly on the minds of Iranian officials during negotiations with the three European countries. In a private conversation, Mohammad Javad Zarif (current foreign minister and former Iranian representative to the UN) and Mohammad ElBaradei (then head of the Atomic Energy Organization) that was only released later, Zarif stated that: “If the negotiations fail, our faction will face problems during the presidential elections.”

When Ahmadinejad came to power, he started a new era of nuclear negotiations. His strategy was a tit for tat strategy, conceding one point to gain another. Considering the country’s recent experience, he believed any withdrawal to be conditional on a concession from the West, and at the same time, developed the nuclear industry by all means. During this period, Iran entered the Club of World Nuclear Countries and, given the limitations of fueling Tehran’s reactors, moved toward uranium enrichment.

In this round of negotiations, Iran held negotiations with the 5+1 in Geneva, Baghdad, Istanbul, Moscow and Almaty. The Iranian side was led by Saeed Jalili (then Secretary of the Supreme National Security Council of Iran) in these talks. However, as expected, the negotiations did not yield any results, and Iran faced a heavy burden of UN and US sanctions.

The financial crisis caused by these sanctions once again affected Iran’s domestic policy. This time, the former head of the nuclear negotiations’ team came to power with the same experts: their slogan was based on resolving the nuclear issue.

Rouhani and Zarif; the nuclear gamble

Rouhani believed that 15 years of experience had shown that if Iran reached an agreement with the United States, the nuclear issue would be resolved and other countries would join in. In his first term election campaign (2013), addressing the psychological exhaustion of the people and the proposals of the Obama administration, Rouhani put forth that it was time for a nuclear agreement with the United States and Europe. If Iran does so, he argued, it would resolve “All the problems of the country, even the issue of weather and drinking water”. In other words, he put all his eggs in the nuclear negotiations basket.

However, the very first months of negotiations proved that reaching an agreement would be much harder than originally expected. After 22 month of continuous negotiations, the Joint Comprehensive Plan of Action (JCPOA) was finally signed with the 5+1 in July 2015. The factions in favor called the agreement a historical achievement and the daily newspapers the next day as “a tomorrow without sanctions”. However, the opposition, considering Iran’s obligations and limited gains, argues that the JCPoA had done great damage to Iran’s national interest.

Tougher sanctions and threats despite the JCPOA

Iran immediately began fulfilling its obligations under the treaty and shut down a significant portion of its nuclear activities, yet saw no response in terms of the promised lifting of sanctions. Once again, Rouhani’s team realized, as in the 2003 negotiations, that the West, despite having no excuse, was unwilling to fulfill its obligations around the issue.

The experience of the past six years has proven that the JCPoA was not a great achievement for Iran as its proponents claimed: it could not solve the country’s problems, but it also did not entail betrayal of the country as many of its opponents believed. During Trump administration, Iran saw its most difficult era of sanctions and faced the serious security threats, such as the assassination of some of the most influential figures in Iran.

Vienna talks and last hopes for a miracle

Now that the Republican administration of Donald Trump has conceded power to the Democratic administration of Joe Biden, and given the fact that Iran has an election in 2 months, the nuclear issue has become a critical subject in Iranian domestic politics. Rouhani and his faction are well aware that if the current situation continues and the US’ economic war against Tehran continues, they are likely to lose the election and be proclaimed a failed government. Given this situation, Iran has once again returned to Ahmadinejad’s strategy. Iran has restarted its nuclear activity and considers any withdrawal to practical action of the US in lifting the sanctions. Rouhani called the strategy “signature against signature”. That’s why the current negotiations in Vienna have been of vital importance to the Rouhani administration for about two decades.

The first round of nuclear talks between Iran and 4+1 in Vienna ended on Friday evening after four days with both sides calling the talks constructive, but yielding no tangible results. The main problem is the high level of mutual demands between the two sides. While Iran is asking for the lifting of “all” sanctions including recent sanctions imposed by the US, the Western side does not want to make any concessions without Iran taking the first steps. Given that the US, the main party who created the problem in the first place, is not a party to these negotiations, they will undoubtedly require more time and energy. Accordingly, we should not expect a miraculous result from this round of talks. However, due to the short time left for Rouhani’s government, Zarif’s delicate gamble and the strength of the reformist faction on the issue, we can expect a general agreement to be reached within the next few weeks. On the other side, the 4+1 is also aware that it is likely to face a tougher situation if Rouhani and Zarif are replaced by more conservative figures.