The US will organize and put the blame on Turkey: The conspiracy of mercenaries in the Ukraine 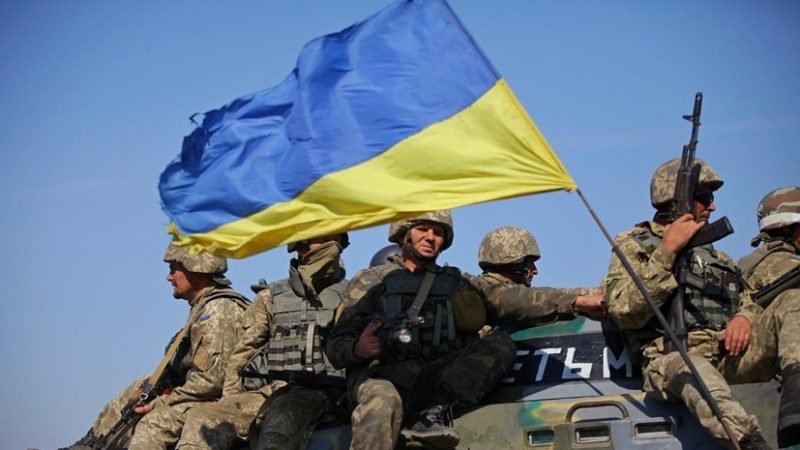 The US has intensified their efforts to sabotage Turkish-Russian relations, and they’re preparing a conspiracy: Washington plans to send mercenaries to the Donbass Region and put the blame on Turkey.

United World International has uncovered a new US conspiracy in the Ukraine.

UWI has obtained reliable information from international sources that the US has prepared a plan to first sue distrust between Russia and Turkey and then to cause tensions between Ankara and Moscow. According to the plan, Syrian jihadists and mercenaries will be carried to the Donbass region. These groups will include Tatars and Chechens who know the region well, and who will send to fight against Russian and pro-Russian forces. Later on, the world media will diffuse the lie that Turkey transferred these groups to the region. On that way, the US intends to cause conflict between Turkey and Russia.

Claims about a vanguard being already transferred to the Donbass Region

The international source the spoke to UWI declared: “Turkish-Russian relations are developing mainly well. There are points of disagreement, but these are of secondary importance. The relations between Putin and Erdoğan are good, and they have declared this to the global public opinion. The US doesn’t accept this situation. Washington is making plans on how to pull Turkey away from Russia, and it applies tactics of carrot and stick.”

“Right now”, the source continued, “the US is making news moves via the Ukraine. Their last attempt is to carry mercenaries from Syria to the Ukraine. Preparations have already started. The men are especially chosen from those groups that are claimed to have connections to Turkey, and are trained.”

The source continued: “There are rumors that a small vanguard group has already been transferred to the Donbass Region. The Tatar and Chechen Jihadists among them will make things even easier. Soon the deployment will be finished and they will again start the propaganda that Turkey has transported the groups it trained in Syria now to the Ukraine, just as it did in Libya and Nagorny-Karabakh. They will blame Turkey for what they have organized themselves. They will use these mercenaries in covert operations; they will use them against civilians. Or they will execute the operations themselves and blame these groups.”

The source declared that this operation also aims to influence the Russian public opinion:

“They will present to the public press material, videos, photos of Syrian mercenaries carried to Ukraine and their actions in that country. They will publish photos and videos of these groups taken in Turkey. They will use social media. They will also try to sabotage to Turkish-Russian relations just as they did during the crisis when the Russian jet was shot down. And while executing this plan, they will try to provoke Russian public opinion against Turkey. They will make use of anti-Turkish forces inside Russia. They will activate the pro-Western forces in Russia to raise tensions with Turkey.”

In the meantime, it has been reported that Russia is alarmed. Sources indicate that Russia has an extensive intelligence network in the region, and state the following: “Russia has an extensive intelligence network within the Ukraine, too. Moscow has the capacity to observe everyone that enters and leaves the region. Additionally, the majority of the population in the Donbass Region supports Russia.”

“Thus, Russia is well aware of all movements and activities in the region. Therefore, it is necessary to refrain from moves that might be misinterpreted by Russia. Wrong steps that might lay suspicion on Turkey will cause strong reaction in Russia. Such steps and the reaction will delight above all the Armenians and the PKK/PYD.”

During a recent visit to Egypt, the Russian Foreign Minister Lavrov has answered a question in press conference the following way: “I will tell you straight away that we urge all responsible countries that we communicate with – and Turkey is one of them – that we strongly recommend they analyze the situation and the Kiev regime’s relentless belligerent statements, and we also warn them against encouraging these militaristic aspirations.”

Diplomatic sources indicate that Russian authorities gathered intelligence about plans to transfer mercenaries from the Middle East to Ukraine, and the worries led Lavrov to make this declaration.

Esper demanded to deploy US soldiers to the Black Sea

The former US Secretary of Defense, Mark Esper demanded his country to deploy more soldiers to the Black Sea’s coastal countries, such as Bulgaria and Romania, in order to prevent possible Russian attacks.

Washington should look to reassure European allies and boost the NATO alliance by deploying more forces in Poland, “into the Baltics, if it makes sense, and places like Romania and Bulgaria, if not on a permanent – on a rotational basis,” Esper said in an interview with Reuters on Tuesday.

The Ukraine as a safe haven for ISIS

The Ukrainian newspaper Zoborana published an article on December 2nd, 2020, titled “Jihadists on vacation: Why has the Ukraine become a safe haven for ISIS militants?” The article presents interesting information.

Zobarana’s article reports “several hundred former fighters of the Caliphate have chosen the Ukraine as the place to settle. With weak public institutions, corruption, permeable borders and ongoing skirmishes, the Ukraine offers great opportunities for those who want to stay hidden.”

The article continues: “Ukraine is luring the militants that have lost in Syria and Iraq. The country is a good and safe place to stay, hide and wait until they have the opportunity to return to their home in the European Union or a former Soviet Republic.”

US is giving ISIS new tasks

The US has used ISIS as a skeleton key in Syria and Iraq for all doors. ISIS has lost its value to a great degree after the Turkish operation in the region.  The ISIS militants, whose numbers are estimated in the thousands, have received new tasks. An important part of them have been transferred with US military support to PKK/YPG controlled regions.

This organization, which former US President Trump declared openly that the CIA had founded, is consisting mainly of mercenaries. It includes additionally to militants from Syria, Iraq and other Arab countries also fighters from the Caucasus.

Chechen militants, who were led by the CIA and served in the Georgian War, seeking refugee afterwards in the Pankisi Valley in Georgia, were transported from 2011 on to Syria. These mercenaries serve according to the CIA’s needs one day within ISIS, the next day within El Nusra, the other day within another “jihadist” organization, and are influential within the PKK/YPG too.

The Jihadists in the Ukraine

Among those who pursue activities in Syria with the mask of “Jihadists” are also groups from the former Soviet Republics and Central Asia. Among them are approximately 500 Tatars from Crimea. Dimitry Yarosh, leader of extreme right Ukrainian organization, “Right Sector”, had called in 2014 the leadership of separatist Chechen Caucasus Emirate to join forces against Russia. In March and April 2014, news were leaked to news agencies, reporting about 300 mercenaries who had returned from Syria and started the fight in the Donbass Region. The deputy of the terror organization Jaish al-Muhajireen wal-Ansar, Abdul Karim Kirimli, has called all Tatars in Crimea and all of Ukraine’s Muslims to “enter the path of Jihad”.