Corona virus is going away, what about the other deadly one? 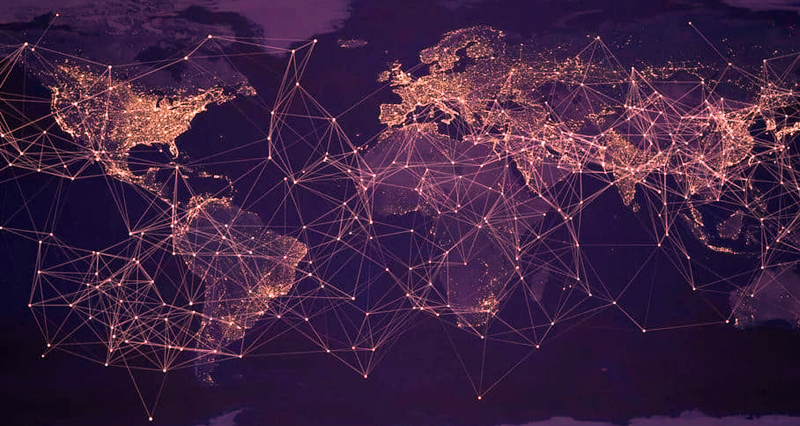 News of the discovered vaccines against the Corona virus have now regular. Almost every country seems to find a way to produce a Covid-19 vaccine, albeit with its own resources. With a little more patience, the world will soon finish off this Corona virus, leaving behind some damages. We do not even remember the names of viruses that emerged in history and destroyed a significant part of the world’s population. If you’re not good with history, you will not even remember the “Black Death (plague)” epidemic of the 14th century. The “Spanish Flu” disease from the beginning of the 20th century has returned to memory because of the current Corona virus. Nowadays, no one even remembers the name of the AIDS disease, which has not been fully eradicated yet. However, in the early 1980s, just 40 years ago, wasn’t AIDS considered to be the worst disaster that ever happened to the world? In other words, viruses visit humanity throughout history and somehow disappear after a while. Our written histories as well as oral traditions present various examples.

The virus to be aware of: globalization

But there is a virus that has come or been brought to mankind, which will cause us to be poisoned more and more in the coming ages. Let’s call it “alienation due to globalization” for now and try to explain it, even at the risk of making a generalization.

Of course, we know that the wheel of history always turnes forward, and we try to contribute to the progress of humanity as much as possible. For this reason, we do not need to be longed for “those good old days”. But we want to draw attention to this “virus of globalization”, as we experience it in our daily life. We want to point out in what a troubling way the “global culture” was imposed on the peoples of the world in the last 30 years.

We are all the witnesses of how the “globalization”” theories and practices, produced by imperialist centers         and especially the million-dollar “think tanks” of the United States, are applied with pressure on the peoples of the world. Considering the Soviet Union’s collapse an historic opportunity, these “think tanks” and their professors, their mercenary modern knights, have tried to turn the world markets, contained before at the national level to a certain extent, into a “single global market”.  And they tried to create a universal, single market, where they could run their horses without obstacles. They created the theories and philosophies of a supposedly “universal happiness”. They received millions of dollars in “scholarships and funds” for these ideas. Every major American and European university is still a center for generating new paths for them today.

In order to sell this idea of ​​”globalization” to the peoples of the world in the early days of their theories of Globalization, we remember very well, they also used the African proverb that “a whole village is needed to raise a single child”. All the so-called leftists of America, and especially those in California, were so impressed by such “popular” expressions that almost overnight everyone became “globalist”. When we were working in Silicon Valley, which is considered to be the source of American high-technology, I always discussed this issue with our collegues, who were graduates from Berkeley, Stanford and UCLA Universities. And I saw how easily they sold themselves these “imperialist globalist” discourses.

“A happy world without customs and limits”

American and European capital did not want “national borders, national customs, and moreover, national cultures” in world markets. Thus, they could easily sell their products from Indonesia to the Philippines, from Uruguay to Romania, as they wanted, without local competitors or strict regulations. But the biggest obstacle were not these legal restrictions. They could easily overcome these obstacles through “friendly collaborative governments”. The biggest problem was the “national character” of the peoples in this fragmented world market. First of all, it was necessary to bring these peoples to their  line and create a “globalist and universalist” world population. In addition, when legal regulations were made through the weak and collaborative powers of these countries, an “extraordinarily open, unprotected and sweet to honey” world market was opened to these international imperialist companies and states.

In this respect, it could not be a coincidence that in the same years when “globalization” theories were created, “social media” tools such as the Internet, Facebook, Google, and Instagram suddenly appeared like mushrooms. The aim was to put on the market the most perfect tools for brainwashing the people of the world and reset the minds of the populations. Then these brains would not have national characters, national preferences, national interests or national tastes. Democracy, human rights, liberalization, freedom, and almost every meaningful term has been re-defined. And from Guatemala to Turkey “the same globalization prescription” was launched. Unfortunately, almost in every corner of the world, people swallowed these prescribed drugs with great appetite, because they were duped by the West which presented this prescription as a necessity of “modernization.”

Where are we now in this?

If you travel the world long enough, you also understand the extent of change in these countries. You need to look at these cultures with a “receptive eye” to see the deeper results. Yet strangely, when you spend time on the streets of London and Rome or the cafes of Buenos Aires, a strange resemblance with Istanbul will catch your attention too. Because the tireless “globalization” fighters of the last 30 years have imposed their policies by using all tools at hand to the world population of 7 billion, and they have achieved enormous success.

For example, from people’s hairstyles to the low waist trousers they wear; from hairstyles in hairdressers to walking styles, from pizza shops to McDonald branches, you can see a heavy resemblance everywhere. Therefore, because of these similarities, you may think that a young man or woman from Argentina and someone from Kadıköy are siblings, despite the 10 thousand kilometers between them!

I was stunned to see how similarity of talk between an American teenager and a Turkish one. But is it possible that someone who immerse in Facebook, Instagram, Twitter, ClickTok for hours every day will not “be the same”, regardless of nationality and passport?

Creating a role model out of Elon Musk and Jeff Bezos!

The fact is that this system is able to sell the goods of Apple, Amazon, Loreal, Gap, Audi, Zara, Samsung and many more merchandises very easily to a world called “consumer community”. This community consists of individuals that have become same and similar in almost every aspect of life. Any obstancles left? As a matter of fact, while the stocks of these companies are breaking record after record, the money-makers at the head of them are laughing by looking at this “very similar and identical” world population. You can see their smiling faces on the photographs in the newspapers.

Let us also state that we have personally tested and observed these writings in about 50 countries around the world that we have visited many times. So it shouldn’t be assumed that we are sitting at a desk and making it up. During our month-long travels in these countries on all six continents of the world, we never felt strange.  Then we realized the terrible dimensions of the global cultures they created in a very short time. Because the model of the trousers they bought from Zara, from the eyebrow styles of young women, from the Starbucks Café at every corner, to the Samsung store, isn’t it “the same” all over the world!

“Nations of the world: shake up and return to yourselves!”

Today’s globalization and the created global culture are just the beginning. It is not too difficult to predict what the next 30 years might bring in a system that has made such a leap forward in a short period of 30 years.  If it is not opposed all together. Every culture, every country has to find a way to protect its national values ​​and national culture, and find a solution to modernization on the basis of their culture. This will happen both through laws and nationalizations, and by finding methods of preventing and even reversing alienation in their cultures. Otherwise, it will not be possible to understand, how even the “left” circles, the most dynamic and progressive elements in our societies, drowned in the American and Western “globalization” propoganda. The culture of globalization is the “most imperialist and most exploitative” invention of Western culture. Our “think tanks” as well as our thinking people should reflect on this issue. Because time is running out. Our two thousand-year-old traditions, customs and culture are the heirlooms of our ancestors to us. We should not sacrifice this valuable heritage to this imperialistic globalism with such ease and that voluntarily. Finally the vaccine was found for the “Corona Virus”, and maybe we will not even mention its name in a short while. But this “globalist” cultural virus has already harmed us in a way that will influence the next centuries. We must find ways of struggle and follow our ancestors who said “O Turk, shiver and turn back to yourself”. This is also a call for all oppressed nations.

Latif Bolat
He was born in Mersin-Turkey. Studied at the Ankara State Conservatory, Gazi University Music Department and Ankara University-School of Political Sciences. Did his graduate degree at San Francisco State University in International Business and Marketing. Worked as a Theater Music Director and newspaper reporter as well as a computer engineer. Finally, he decided to stay as a music scholar. He traveled for his concert and lectures in 40 countries including USA, India, UK, Italy, Iran, Spain, Brazil, Argentina, Sweden, Greece, and many other locations. He produced 5 Turkish Mystic Sufi music CDs and a Turkish Mystic Sufi poetry Anthology in English, titled “Quarreling with God”, published in Oregon, [email protected]

One response to “Corona virus is going away, what about the other deadly one?”