NATO Summit: The US leading and leaving behind Europe 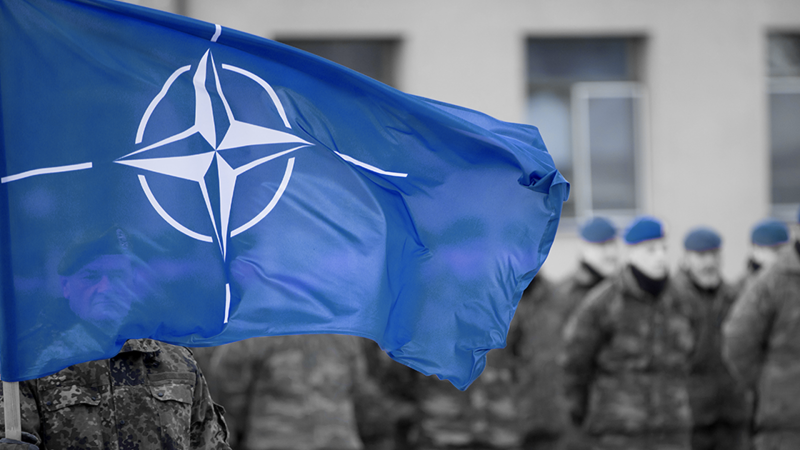 Following Donald Trump’s defeat and Joseph Biden’s win of the US Presidency, hopes in Europe for the restoration of the transatlantic alliance, that is, growing say for the EU in global affairs were high.

On the NATO Defense Minister summit, held 17th and 18th of February, these hopes faced reality: The new US Administration demonstrated its will to lead Europe – and leave it behind where necessary.

US Secretary of Defense publishes article ahead of summit

It all started in the early hours of the 17th of February, the summit’s first day, when an article written by US Secretary of Defense, Lloyd J. Austin III appeared on Washington Post, effectively forestall the summits results.

The summit displayed precisely how.

The most concrete decision of the summit was to raise the NATO force in Iraq from approximately 500 to 4000.

NATO’s Secretary General Stoltenberg declared in press conference that the decision aims to “expand NATO’s training mission in Iraq. To support the Iraqi forces as they fight terrorism and ensure that ISIS does not return.”

According to the Secretary General, the expanded “training mission” takes place on request of the Iraqi government, will be carried out “with full respect for Iraq’s sovereignty and territorial integrity” and “include more Iraqi security institutions and areas beyond Baghdad”.

Stoltenberg declared in the questions and answers section of his press conference “We say in the NATO that prevention is better than intervention”, where he uses ‘prevention’ for training local forces and ‘intervention’ as big combat operations. That means ‘intervention’ is necessary if the adversary is considered an enemy.

One might then conclude that NATO is worried about Iraqi security forces turning into enemies, a reasonable fear given the country’s strong opposition to foreign military presence.

The fear is doubled even by US CENTCOM Commander McKenzie, who 10 days before the summit stated that the “US faces increasing competition in the region from Russia and China”, additionally to Iran’s longstanding influence in Iraq.

But interestingly, the US has reduced its troops presence in Iraq from 5000 to 2500 soldiers, as was announced by the Department of Defense on January 15th. It seems that a new and expanded, multinational NATO mission under the US lead Coalition against ISIS will fulfill the jobs US soldiers have done before – fitting into what Austin in his article called “conducting a global posture review”.

Strikingly, NATO’s Stoltenberg made no comments whatsoever on the JCPOA or the policy towards Iran. These comments were reserved to a quadrilateral meeting between the US, Germany, Britain and France following the summit.

Afghanistan: NATO waiting for US decision

Another topic on the summit’s agenda was the troops presence in Afghanistan, where Stoltenberg had to declare “no final decision on the future of our presence was made”.

The no-decision is problematic insofar as the US has, under the Trump Administration and in direct negotiations with the Taliban, committed to troops removal till May 1st.

So the NATO allies were discussing and discussing, but the question of Kevin Barron from the website Defense One proved right:

“Can NATO make a decision on its Afghanistan presence before the United States makes its decision, given the Biden Administration says they’re undergoing an Afghanistan study review, that’s not going to be ready by tomorrow?”

Still the Secretary General pleaded to be heard by the US, hinting that NATO forces were the US’ foot soldiers in Afghanistan:

NATO is “seeking a lasting and sustainable political agreement in Afghanistan” – upon which the US will agree or not with the Taliban.

Another topic was the reform of NATO, including political coordination and a new Strategic Concept.

In Austin’s words: “Meanwhile, aggressive and coercive behaviors from emboldened strategic competitors such as China and Russia reinforce our belief in collective security.”

In Stoltenberg’s words: “So we can protect the rules-based order, which is undermined by countries that do not share our values, like Russia and China.”

No results were presented, but discussion on NATO 2030 will continue so that in the Heads of State later in this year can officially put in march the development of a new Strategic Concept.

Meanwhile, China has surpassed the US as Europe’s trade partner No. 1. And North Stream 2 that delivers Russian gas to Germany is about to be completed.

What else? Of course defense spending!

As a tradition, allies have picked up the topic of defense spending on this summit as well.

The Secretary General here spoke in the name of “European Allies and Canada”, presented rising percentages of GDP as defense spending and stated “So we are making real progress.”

His proposal that all NATO members should contribute to financing missions, instead of only the participating countries, was welcomed by the US Department of Defense as “promising”.

All in all, the NATO Summit did not present any kind of new wind in the sails of the Transatlantic despite the change of Administration in Washington.

Russian Deputy Foreign Minister Alexander Grushko pointed in his commentary to the “serious cracks” with the alliance.

The spokesperson of the Chinese Foreign Ministry criticized NATO’s approach as “Cold-War mentality that has no future”.