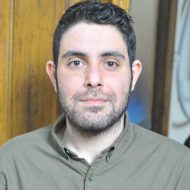 The Atlantic Council has published a 76-page Cold War roadmap against China. While the US-based institution serves a text anonymously for the first time in its history, the title of the published report refers to the famous text of the Cold War, the ‘Long Telegram’. The Chinese Foreign Affairs described the report targeting the country’s leader as “cowardice”.

A telegram arrived in Washington, the capital of the United States of America (USA) in 1946. It was the diplomat George Kennan at the US embassy in Moscow that sent the telegram. The US diplomat claims in his “long telegram” that there is no possibility for reconciliation between Moscow and Washington, and that the Soviet Union will collapse due to internal reasons. Years later, the article, in which the foundations of the Cold War were laid, re-entered the agenda of America today, on the occasion of the People’s Republic of China.

The Atlantic Council, which has made significant contributions to shaping of the US foreign policy, has made recommendations about the road map on the China-policy, with a report titled “The Longer Telegram”. The anonymous publication of the 76-page article raised questions. The Atlantic Council stated that the author’s views are of paramount importance and that this is the first time they have taken such a decision in their history.

A CALL FOR TRANSITION FROM DOCTRINE TO ‘OPERATION’

The report argues that it was correct for Donald Trump to describe relations with China as “strategic competition” and “central challenge”, however, it ciritized that the taken decisions remained at the doctirnal level. Basically, the report states that “strategic competition” is a declaration of doctrinal attitude, not a comprehensive operational strategy.

The report states that the Communist Party of China (CPC) has carried out a comprehensive study on “what went wrong in the Soviets” over the past years, and it concludes that a major change in Beijing cannot be expected without external intervention.

SOWING SEED OF DISCORD WITHIN THE CPC

The report reminds that the US has in the past not followed a straight line against China and the socialist system was declared an enemy as whole. Report’s message to the Biden administration is clear: “Target President Xi Jinping, not the regime”. The report, which envisions differences of opinion and personal antagonisms among the CPC, does not conceal its intention to create an atmosphere in which a leadership “in line” with Washington in the short term, as a result of which the system in the long run will come into question.

The report also underlines economic attacks that could damage President Xi’s reputation, referring that there has been since the Culutral Revolution a social contract between the CPC and the Chinese people on the progress of living standards. Parallel to the report published in the Atlantic Council, it is observed that there is a change of discourse in the US media. On January 30, New York Times columnist Nicholas Kristof wrote in his article titled “Biden’s Nightmare may be China: “Let’s distinguish between Xi and China, criticizing the former without demonizing the latter.”

THE DREAM OF ENDING THE FRIENDSHIP BETWEEN CHINA AND RUSSIA

Besides of creating a conflict within the CPC, the Atlantic Council report also insists on ending the Sino-Russian friendship.

The report states that the US strategy consists of four fundamental pillars: military power; the status of the US dollar as the global reserve currency and mainstay of the international financial system; technological leadership and the values of individual freedom. As part of a 10-points-task-list the Atlantic Council proposes to divide Beijing and Moscow. “The United States must rebalance its relationship with Russia whether it likes it or not. Effectively reinforcing US alliances is critical. Dividing Russia from China in the future is equally so. Allowing Russia to drift fully into China’s strategic embrace over the last decade will go down as the single greatest geostrategic error of successive US administrations,’’ says the report in this context.

During the Cold War, former US President Richard Nixon wanted to separate China from the Soviet Union. Expressing that the policy followed in those years can now be implemented in reverse, the Western press has been recommending the “Reverse Nixon” strategy to Washington. In contrast, the relations between China and Russia are experiencing their brightest days, including the military, as both Chinese and Russia authorities point out.

Another point in the report that draws attention is that the China-relations are compartmentalized: The report defines 4 areas of read-line that require the use of military force: nuclear / biological attack, Taiwan island, South and East China sea and conflicts with US treaty allies. Defined as concerns for ‘national security’ and to be answered with sactions are Chinese politcs towards India, human rights violations and cyber-attack possibilities.

It is emphasized that the US and China can cooperate over issues such as “combating climate change and the epidemic”, provided that it is for the benefit of Washington.

COWARDICE IN THE DARK

While it is unclear for now how the Cold War impositions in the American institutions and mainstream media will resonate in the White House, the response from China to the Atlantic Council was not delayed. During the daily press conference, Chinese Foreign Ministry Spokesperson Wang Wenbin stated the following:

“That the author of this so-called paper chooses to remain anonymous only reveals the dark motives and cowardliness behind this. To incite any “new Cold War” or ideological confrontation goes against the trend of the times and the will of people. The clamour for regime change and attempt to contain China is no other than a chimera.

“From the Atlantic Council’s anonymous strategy paper to Pompeo and his likes’ slanders against the Communist Party of China, these are nothing but a collection of rumors and conspiracy theories. The CPC has always pursued happiness for the people, rejuvenation for the nation and common good for the world. What the CPC has done is above board and its just cause will rally abundant support. No slander or mud-slinging will stop China from progressing. Any attempt to meddle in China’s internal affairs and change China’s political system will be met with strong fightback from the Chinese people. Anyone with vicious intention to sow discord between the Chinese and American people and drive China-U.S. relations to the edge of antagonism and conflict will turn out a sinner in history and is doomed to be a total failure.”

Gökhun Göçmen
Gökhun Göçmen, İstanbul based jounalist who is currently working for China Radio International (CRI) Turkish Service. He mainly focuses on China, Iran, Russia and Turkish foreign policy. His career includes as an asistant for Greece based Centre for Mediterranean Middle East and Islamic Studies (CEMMIS), editor for Turkish daily Aydınlik Newspaper and  news channel “Kanal 14”.  He has reported from on ground in  Syria, Iran, Lebanoon, Greece, China’s Xinjiang Uyghur Region.Göçmen appeared many international news channels such as Iran based Press TV, Russia based TV2 or Turkey based Ulusal Channel. He also wrote an article and gave an interview such as Sputnik, Teori, Yörünge, Stratejist.  Twiiter: @gokhungocmen