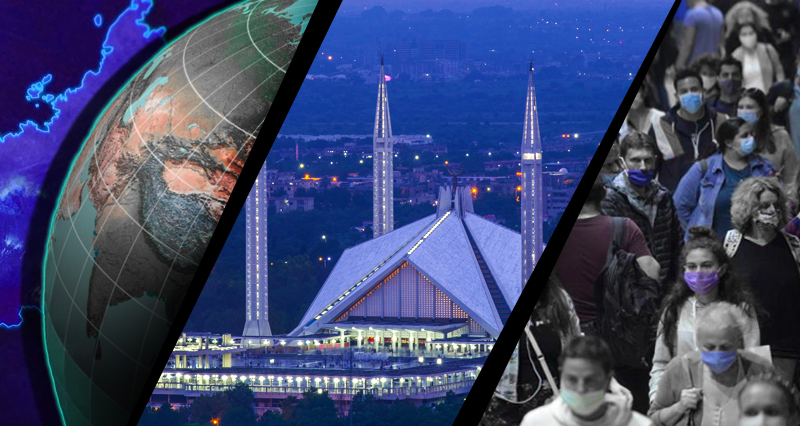 Last week, the public agenda was occupied with three main topics in Turkey. The first was the ‘shadow State Department’ CFR’s report called Preventive Priorities Survey 2020, and especially the parts that concerns Turkey over the issues in the Eastern Mediterranean, Syria and Turkey as a member of NATO in general. The second agenda was the 13th ECO Summit which took place in the capital city of Pakistan, Islamabad. The third agenda point was the ongoing vaccination efforts by the Ministry of Health, the current lockdowns and the recent situation of the coronavirus pandemic.

The American ‘shadow State Department’ think-tank called CFR has published a new report called “Preventive Priorities Survey 2020”. In the report there are some important highlights about Turkey’s geopolitical position in Aegean, the Eastern Mediterranean, Syria and the country’s position in NATO. The report incited some debate among many Turkish analysts and strategists.

Regarding the Turkish fight against separatist terrorism, the statement indicated that the “escalation of violence between Turkey and various Kurdish armed groups within Turkey or in Syria” has a high probability. Regarding the maritime crisis in the Eastern Mediterranean Sea, the statement highlights “disputed claims to resource-rich waters in the eastern Mediterranean Sea, leading to military escalation between Greece and Turkey.” The report contained an implicit way to express Turkish counter-terrorism operations in Syria as ‘Tier I’ highest priority: “Continued violent reimposition of government control in Syria, leading to further civilian casualties and heightened tensions among external parties to the conflict”.

The report also gave another implicit reference to the Russian-Turkish cooperation: “Russian interference or intimidation against a member of the North Atlantic Treaty Organization (NATO), resulting in heightened military tensions”. Crucially, the report only discussed the parts of the world that the US could reach: “First, the survey only included contingencies of a certain type those where U.S. military force could plausibly be employed.”

A senior official’s meeting of the member states of the Economic Corporation Organization (ECO) began in Pakistan’s capital Islamabad this Sunday and will continue over the next two days. The senior officials meeting, to be followed by the Council of Foreign Ministers Meeting (COM) on February 28, is part of the 13th ECO summit, set for this Wednesday, March 1 in Islamabad, Pakistan’s Foreign Ministry said, adding that heads of states and top officials from 10 member countries will attend the event. Turkish President Recep Tayyip Erdogan is also expected to attend the summit, which provides a platform to discuss ways to improve development, promote trade, and create investment opportunities. During the visit, Erdogan is expected to meet with leaders from the other member countries. The new ECO Vision 2025 strategy is also expected to be adopted at the Islamabad meeting. China and Russia will also send observers to the summit.

In remarks at the opening ceremony Sunday, Pakistan’s Foreign Secretary Aizaz Chaudhry said the 13th ECO Summit had adopted the topical theme of “Connectivity for Regional Prosperity” as its key focus. “Economic integration and connectivity are the main pillars to galvanize economic growth, create job opportunities, expand trade, improve competitiveness and usher prosperity in the region,” he explained. The ECO was established in 1985 by Iran, Turkey, and Pakistan. It succeeded the Regional Cooperation for Development (RCD), which was founded in 1964 to promote cooperation among the three member states. In 1992, the organization welcomed seven new members: Azerbaijan, Turkmenistan, Uzbekistan, Tajikistan, Kyrgyzstan, Kazakhstan, and Afghanistan. The Treaty of Izmir, signed in 1977 and subsequently amended in 1996, is the group’s legal foundation.

VACCINATION EFFORTS OF THE HEALTH MINISTRY

With lockdowns in place since late November, the number of daily cases in Turkey has successfully dropped to 5.277 (684 symptomatic). However, the number of deaths is at 140, which still lags behind the other positive figures. The vaccination efforts had already begun at full speed, with Healthcare professionals almost completely vaccinated. Turkey is proceeding to its next step, focusing on the very elderly and those in institutional care, the country’s health minister said earlier this week. “As of Tuesday, we will start the vaccination of people staying in care and nursing homes, and of those caring for them,” Fahrettin Koca said on Twitter. According to the schedule, the inoculation of Turkey’s healthcare workers will be completed by Wednesday, he said, adding that over 830,000 workers have been vaccinated since January 14 when the campaign kicked off.

In addition to healthcare workers, President Recep Tayyip Erdogan, the Health Minister and other top officials were also vaccinated to help encourage the public. Over 1.23 million people in total, mostly health workers and elderly people, have been vaccinated since January 14. The first batch of 3 million doses of the vaccine developed by China’s Sinovac arrived in Turkey on December 30. An additional 6.5 million doses of China’s CoronaVac vaccine will be delivered to Turkey on Monday, the country’s health minister announced. “In line with our purchasing plan, the vaccine shipments to Turkey will continue smoothly,” Fahrettin Koca tweeted on Sunday.

Turkey’s Health Minister Fahrettin Koca has responded to the frequently asked questions about the ongoing COVID-19 vaccination campaign in the country. He said that “The protection period of COVID-19 vaccines is not yet known, and additional research is needed for this.” The minister indicated that the vaccine will not be compulsory in Turkey. For this reason, public awareness regarding vaccines is being carried out by the Health Ministry. Minister Koca answered one of the most asked questions, whether the vaccine will have side effects or not, with this statement: “No serious side effects have been encountered in clinical studies conducted for COVID-19 vaccines and in current vaccine applications to date. The side effects after vaccination are often mild, such as fatigue, headache, fever, chills, muscle/joint pain, vomiting, diarrhea, along with pain, redness, and swelling in the area of the injection.”