The five summits: China’s post-covid rise and the end of US hegemony 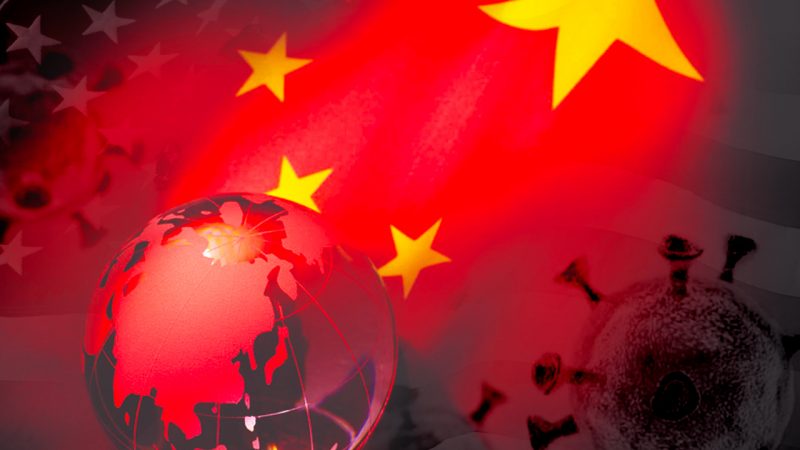 Humanity is entering a unique historical period as a result of the biggest epidemic of the last century. Our conservative world has been pushed toward radical changes. The capitalist world is struggling with a deep recession. A period of upheaval and revolution is at hand. Vladimir Lenin identified that in the age of imperialism, the revolution would take place in the weakest link of imperialism, and history proved him right. The revolutions in the 20th century were achieved during periods of the weakening of imperialism after World War I and II. The great crisis of imperialism since 2008 has deepened since the pandemic began. Oppressed countries are making national breakthroughs by bucking the pressure and control of imperialism. Turkey’s “Second War of Independence” is taking place in these conditions.

China’s Gross Domestic Product (GDP) rose 0.7% in the first three quarters of this year, and its growth accelerated in the fourth quarter. China was the only country in the world whose economy grew during the pandemic. By defeating the epidemic, the Chinese government protected its people and expanded its economy against all adversity. China gained trust and respect both within the country and worldwide, zeroing the population under absolute poverty as promised despite this troubled period. While China follows its strategy of developing its development by expanding its domestic market, it opens up more to the world in accordance with the principle of the ‘dual circulation strategy’. China’s determination to open up to the world deepens its understanding of mutual benefit and development by sharing. China plays an increasingly important role, particularly in the Asia-Pacific region, and around the world.

Chinese President Xi Jinping had a very busy November and attended various important regional meetings where he explained the features of the new era in China’s foreign policy. Of the five meetings Xi attended, the US was not represented in three and the EU was not represented in four. These meetings were the top-level meetings of countries that account for more than 60% of the world’s GDP. However, they were ignored in the US and EU media because they did not play the leading roles. However, the decisions taken at the meetings were closely related to both of them. Turkish media did not understand these meetings, as they could not stop looking at the world through the eyes of the West. Let’s take a closer look at these meetings in order. (1)

Russia hosted the SCO on November 10. The full members of the SCO are China, India, Kazakhstan, Kyrgyzstan, Uzbekistan, Pakistan, Russia and Tajikistan, additionally, the ‘Observer States’ are Afghanistan, Belarus, Iran and Mongolia, and the ‘Dialogue Partners’ are Azerbaijan, Armenia, Cambodia, Nepal joined Sri Lanka and Turkey. Among the guests, there were ASEAN countries, the Commonwealth of Independent States countries, Turkmenistan, the United Nations and the World Bank. The SCO member states constitute approximately 42% of the world’s population, 22% of the land and about 20%of the world income. The SCO extends to the borders of the EU and is a vital part of China’s Belt and Road Initiative. The decisions taken at the SCO Summit are briefly as follows: •Better research and building a vaccine supply chain and enhanced cooperation in the fight against COVID-19, • Establishing a safety net against the epidemic, building the Health Silk Road, • Implementation of concrete plans for realizing bilateral trade in national currencies. The SCO leaders approved the Moscow Declaration stating that “they firmly advocate for the preservation and consolidation of existing norms and mechanisms regarding the stability and arms control in the world”; they stressed that ‘they favor the prevention of the armament of space and shaping a multipolar world’ stating their discomfort with the “expiry” of the INF agreement, of which the US pulled out unilaterally.

The decisions of the 15th EAS: • RCEP Free Trade Agreement amounting to $186 billion was signed. • It was decided to resolve any differences over the South China Sea through negotiations. • It was decided to refocus on the development of smart cities and digital technology cooperation. • Four statements were published on sustainability in marine studies, prevention of epidemic diseases, protection and safety of women from wars and regional development.

THE WORLD IS BIGGER THAN FIVE

China has a long-term, progressive, stable and patient diplomacy tradition that aims to win without a fight. Since Xi became General Secretary of the Party in 2013, China has fortified the domestic front, developed its military power, and used its economic size to be more active in international relations. It opposes the hegemony of the US and its rogue impositions and sets an example for countries under threat. China conducts its struggle against the US on the principle of staying on justified ground, multiplying allies and not provoking the enemy unnecessarily. China is very determined to protect its rights. As the regional cooperation initiated by China develops, the control and pressure of the States and EU is weakening in the world. ‘On the basis of mutual respect, equality and mutual benefit, China is ready to live together peacefully with all countries and uphold the principles of common development. We can link differences through dialogue, resolve disputes through negotiations, and make joint efforts for world peace and development,’ Chinese President Xi Jinping says. China’s priority in the coming period is to save international institutions such as the UN and WTO from Western control. This effort coincides with the maxim “The world is bigger than Five”, which President Erdogan has popularized as a slogan.

CHINA STANDS OUT WITH ITS CONSTRUCTIVE APPROACH

At these international meetings, Xi presented China’s solutions to global threats and sent reassuring messages to the world. (2) Xi explained China’s policy against the international epidemic in a comprehensive and systematic manner in all five meetings. The Chinese President stressed the necessity of cooperation and made concrete recommendations. He stated that it is essential for countries to adopt a development approach that puts people at the center and suggested that they put human health first. Xi stressed that cooperation is the most powerful weapon to defeat the pandemic and urged countries to replace unilateralism with reason and create global synergies to beat the pandemic.

Xi called on countries to be determined to build an open world economy and support the multilateral trading system in which the World Trade Organization (WTO) is at the center, and said that scientific and technological innovation should be put at the service of all people. At the same time, Xi suggested placing the UN’s 2030 Agenda for Sustainable Development at the center of cooperation for international development and making poverty alleviation a primary goal.

CONCLUSION: ‘IF YOU DESIRE FOR PEACE, BE READY FOR WAR’

As Chinese proverb goes, “When the wind is strong and the waves are big, captains pass the test of wisdom, with will and skill like never before.” The President of China has excelled at this test and sets out examples of the wise Chinese political tradition: While Xi emphasizes international cooperation and solidarity at conferences, he does not ignore US military threats. Xi Jinping ordered the armed forces to “strengthen training in real combat conditions and increase their ability to win battles,” at the meeting of the Central Military Commission, of which he is chairman, during military training on Wednesday, November 25. Turkey’s most vital force within this uncertainty atmosphere, is the heroic Turkish army. This is why the enemy is targeting our army. Of course, the Turkish army is aware of friends and foes.