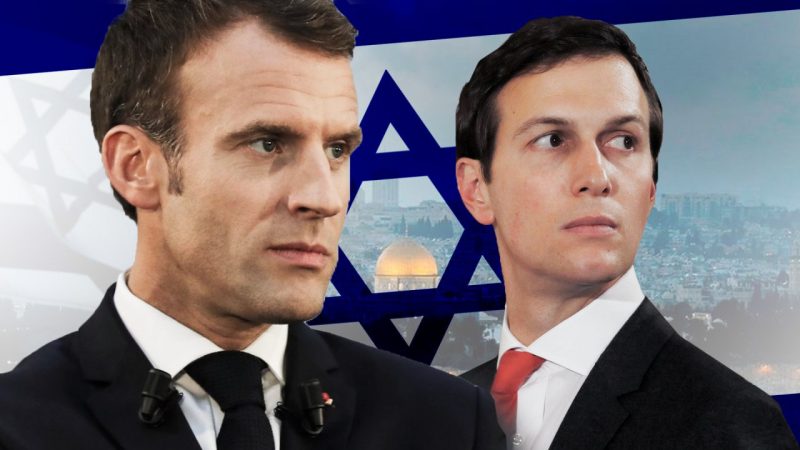 Political intelligence suggests that the Atlanticists, which has failed to open the doors of West Asia with firepower, is now implementing a new diplomacy-oriented plan.

In order to understand the plan with Israel at its center, we need to get a grasp of the process over the last 20 years.

Just after the 9/11 attacks, the US government announced the Greater Middle East Project (GMEP), which aims to reshape the Islamic geography through military and color revolutions, from Morocco to Pakistan.

Afghanistan and Iraq were invaded as part of this project.

In Libya, the government of Muammar Gaddafi was overthrown by a NATO intervention led by France.

In Egypt and Tunisia, the popular movements which rose from the social clashes were channeled towards bringing the Muslim Brotherhood into power in line with the GMEP.

Extremist and separatist terrorist groups such as the ISIS and the YPG/PYD have been put forward, while a civil war has been provoked in Syria.

While the first phase of creating destruction, chaos and instability has partially succeeded, the same success was not achieved at the phase of rebuilding the new governments. Such that:

In North African countries, political Islamist governments that rejects the social realities and is at odds with the bureaucracies, have been overthrown.

In Syria, Bashar al-Assad has held onto power.

In Lebanon, Hezbollah has repelled the Israeli invasion attempts.

The Turkish Armed Forces have destroyed the attempts to establish a state in Northern Syria under the control of imperialism.

Barzani’s referendum of separation has failed due to the joint stance from the countries in the region.

On the other hand, cooperation initiatives between powerful regional countries like Turkey, Iran and Russia such as Astana have become more common.

In short, the GMEP got stuck along the way. New initiatives from the Washington-Paris-Tel Aviv axis, however, show that the project is still underway

THE NEW VERSION OF GMEP: THE DEAL OF THE CENTURY

In the early days of the 2020, US President Donald Trump and Israeli Prime Minister Binyamin Netanyahu has announced the “Deal of the Century” project as a solution to the Israeli-Palestinian disputes.

Immediately after the project was announced, the United States and its collaborators declared that they recognized Jerusalem as the Israeli capital.

Meanwhile, an international smear campaign was launched against the Palestinian politicians and groups that opposed the Deal of the Century.

The Netanyahu government, on the other hand, has launched a diplomatic initiative for the Persian Gulf nations, African and Balkan countries with the support of the United States.

While the Abraham Accords have been made between Israel and the United Arab Emirates (UAE) and with Bahrain, the intelligence that some other Arab countries such as Oman are also waiting in line for Tel Aviv, has been leaked through the media.

Israeli intelligence officials have begun a tour of rapprochement in Africa, particularly in Chad and Sudan.

Serbia and Kosovo were the next to join the trend of normalization/deepening their relations with Israel.

In the Israeli diplomatic opening-up, It is known that Washington, or Trump’s son-in-law Jared Kushner and his close friend Avi Berkowitz (Trump’s advisor) in particular, has played a critical role. This is because both people have close ties to Israel…

Israel aims to achieve the following goals, when deepening the relations between Arab countries, as well as some other Muslim countries such as Kosovo and Chad:

1. Getting out of being labeled as the enemy by the Muslim countries and to break the encirclement in the political, economic and military sphere,

2. Holding back the reactions from Muslim countries on the dispute over Palestine,

3. Showing Turkey and Iran as the new enemies to the Arab via neo-Ottomanism or through sectarian clashes… let us quickly add that the Gulf media and their academics play a great role in this. It is also worth noting that Mossad President Yossi Kohen has made statements arguing that “Turkey is a bigger threat than Iran” to Arab countries. We also know that strategic research organizations affiliated with the State of Israel, have prepared reports for the Egyptian public, that suggest “Turkey is encircling Egypt from three fronts”.

4. To break the resistance of the two neighboring Arab countries, Syria and Lebanon.

MACRON OPENS THE WAY FOR ISRAEL

External support for the US-Israeli plans comes from France.

Although the Trump administration and Macron seem to be in a disagreement and even in a conflict at some times, the two leaders are working relentlessly to open up some field of action in the region for Israel.

Macron pursues these policies in order to protect Israel:

1. Put a constant pressure on Bashar al-Assad government, which is a supporter of the Palestinian resistance organizations and is an arch-enemy to Israel,

2. Isolating Hezbollah, which is a resistance organization against Israel, using its influence in Lebanon,

3. Isolating Iran, via Syria and Lebanon,

4. Applying military and political pressures on Turkey, which is a rival to Israel in the region, particularly in the Eastern Mediterranean. Actions by France are being taken in order to further divide the al-Sarraj government in Libya, support for the PKK/YPG/PYD in Iraq and Syria and the statements and military activities against the Turkish Navy in the Eastern Mediterranean.

One of the individuals that affects Macron’s policies in the region is the French philosopher Jacques Attali. Attali, has been influential in the French politics since the François Mitterrand government, and just like Jared Kushner, Trump’s son-in-law, he also has close ties to Israel.

Although Attali is at odds with the Netanyahu government, he has been following a dedicated line, when it comes to protect the Israeli interests.

When we put all the pieces together, we find out that the Greater Middle East Project, which was based on firepower, is moving forward with the diplomacy-based Deal of the Century.

THE RESPONSE TO THE US-FRANCE-ISRAEL AXIS

Actions taken by the US-France-Israel axis not only target one nation, but all governments and nations in the region.

Therefore, a joint answer should be decided together with all the countries of the region.

Iranian President Hassan Rouhani’s call for Turkey to action together with Iran, against the cooperation between Israel and the UAE, is largely important in this aspect.

Accordingly, it would be the best answer against the bloc in front of us if Turkey:

1. Deepens its cooperation with Iran in the region, particularly in Lebanon and Libya,

3. Prevents the Arab world from going under the influence of the US-Israel-France axis, by making an understanding with Egypt,

4. Moves forward with cooperation with Russia to the Eastern Mediterranean.

It is possible for the Arab countries to shift into the anti-Turkish-Iranian camp. Turkish-Iranian and Turkish-Russian relations are likely to be vulnerable to provocations around the Syrian issue.

It is also not possible to liberate Palestine by clashing with both Syria and Egypt.

A permanent solution would be for Turkey, Iran and Egypt to sit at the same negotiation table, as their ancient histories call on them to do.

We do not need any more leaders surrendering the region into the bloody hands of Trump’s son-in-law, to Macron’s philosopher and to Netanyahu; We need new Nassers, Titos, Nehrus and Ataturks to take anti-imperialist and progressive political approaches once again.