France is defeated in Mali 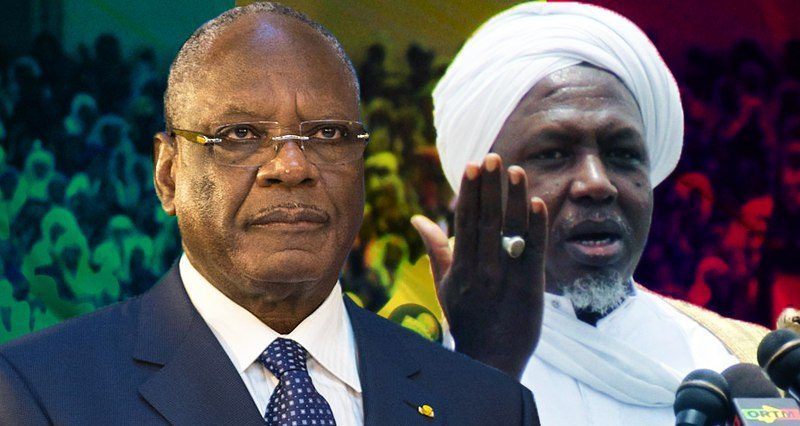 Discussions on the military coup in Mali, one of France’s former colonies in Africa, are ongoing. Unfortunately, the African countries that gained independence from France were not fully liberated. France continued to plunder the rich resources of its former colonies, such as uranium, gold, diamonds and iron. When the interests of these countries were at stake, the powers were determined by fraudulent elections and military coups. If France could not manage achieving total control through such measures, it would directly occupy the country.

As was the case in Syria and Libya, France was feeding and training terrorist organizations, causing internal turmoil, and using this as an excuse to conduct military interventions in those countries, accumulating soldiers and establishing bases. This had taken place in the Ivory Coast, the Central African Republic, and Mali before.

France is struggling to preserve its declining influence on its former colonies in Africa. In recent years, its trade relations with Africa have been declining and its political influence has been decreasing. France has military bases in its former colonies Senegal, Ivory Coast, Central Africa, Gabon and Chad, and a total of 9,000 soldiers in Africa.

Over the last decade, coups and occupations have increased. The governments they brought to power often begin changing their direction after a while and are turning toward Asia, especially China and Russia. China has been a nightmare for the US and France in Africa.

The three factors that led to the coup in Mali

The French soldiers who settled in the north of Mali and settled in the country with the excuse of clearing the terrorist organizations they themselves support are also provoking the separatist National Movement for the Liberation of Azawad (MNLA) (the PKK of the region) in the north. The Tuaregs living in northern Mali are fighting to establish an independent Azawad state in the region.

The US and France have been trying to legitimize their intervention by creating new enemies, and ensuring that the forces they have ignored, armed and supported for years are drawn into conflict.

On August 18, when a group of junior soldiers took over the administration without the initiative of France, discussions began regarding whether a coup or a revolution in Mali had started.

The reason for asking this question was, of course, not just because the soldiers were anti-Western.

Leading the demonstrations against the government for months, the M5-RFP “June 5-Rally of Patriotic Forces Movement” supported the military takeover of the government.

It seems that an anti-Western, friendly Chinese and Russian army-nation union has been formed. This time, the opposition organized demonstrations supporting the soldiers. Air Force Deputy Commander Colonel Ismail Wague, spokesperson of the soldiers seizing power, also attended the demonstrations and made a speech. “We are happy to be with you and thank you for your support. Our struggle was to complete your struggle from the very beginning” he said.

The banners carried by the demonstrators: “This is not a coup, it is a people’s revolution”, “No to the French genocide in Mali”, “Thanks to China and Russia for their support, death to France and its allies”, “Long live the M5, long live the Army, long live Mali”.

It seems that the latest developments in Mali will be a ray of hope for these African countries, which have rich resources but have been left impoverished.

Confrontation is plain; On the one hand, the US, the EU and primarily France strongly opposed the military takeover, while on the other hand, Eurasian countries such as China and Russia vetoed the sanctions motion against Mali in the UN Security Council.

There are also expressions of joy and support from the patriotic parties of neighboring countries. “France is facing a brain death in the short term in the Sahel region… (in Mali) eyes have turned to Russia, their former partner,” said Diallo, head of the Union Party for the Restoration of Senegal Values, and he added that “There are no ignorant soldiers. There is a team that has the capacity to make geopolitical analysis.”

Most importantly, the delegation headed by Sabri Boukadoum, Minister of Foreign Affairs of Algeria, Mali’s northern neighbor, held a meeting with the commanders of the National Committee for the Salvation of the People (CNSP) in the capital, Bamako. Boukadoum said, “Algeria, as always, is with Mali under these special circumstances.”

One response to “France is defeated in Mali”