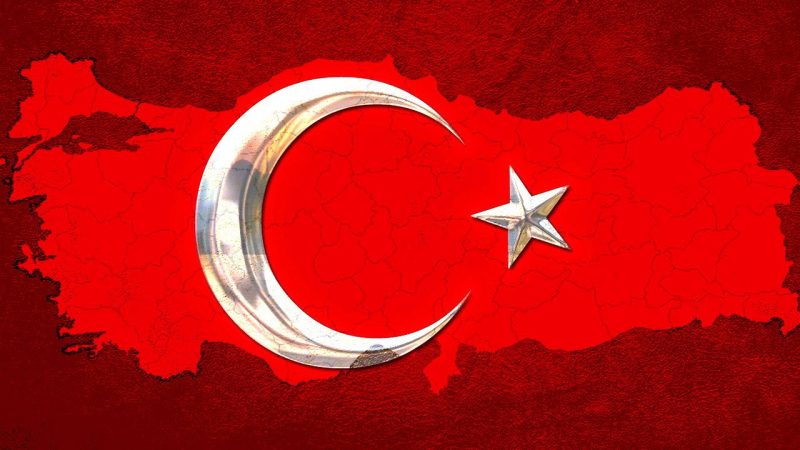 Today is the 98th anniversary of the Victory Day of the Turkish War of Independence against the imperialist occupation on August 30. This victory is naturally the result of the Turkish nation’s own determination and resolution. However, it is important to remember that anti-imperialist powers in the world also contributed to this victory.

The support of Soviet Russia and the assistance of Indian Muslims are particularly notable. In addition, it is necessary to add the Greek communists who opposed the Greek invasion of Anatolia from within.

In my work titled “Atatürk’ün Sovyetler’le Görüşmeleri” (Atatürk’s Talks with the Soviets), I mention this very briefly and point out that the communists in the ranks of the Greek army were conducting propaganda campaigns against the occupation and calling on Greek soldiers to oppose the war.

Nilüfer Erdem’s book titled “Yunan Tarihçiliğinin Gözüyle Anadolu Harekâtı (1919-1923)” (Anatolian Operation Through the Eyes of Greek Historiography) deals with the Turkish War of Independence through Greek works and presents important and much more detailed data on the evaluation and attitude of the Greek communists on this issue.

This information has been compiled from the book for UWIdata readers on the August 30 anniversary.

Let’s start with how the Greek communists saw their country’s Anatolian campaign.

Yannis Kordatos, one of the founders of the Communist Party of Greece (KKE) and one of the witnesses of the period, described Venizelos as “the representative of the Hellenic bourgeoisie at home and abroad, who served British imperialism”. According to Kordatos, Venizelos sent the children of the Greek people to Anatolia to fight in line with imperialist interests by force and along with foreign weapons.

The Leftist Nikos Psirukis also drew attention to the fact that the First World War was fought for the re-division of the colonies, and argued that Greece’s dependence on foreign capital began from the foundation phase (1821-1828).

According to Psirukis, the first reason for choosing Greece to send to Izmir was that British expectations were the same as those of Greek capital. Another factor was the weak structure of Greek capital. Great Greece did not have the power to do without British protection, and had to increase its economic and political relations with Britain simply in order to exist. Without British protection, Great Greece would have collapsed like a house of cards. At the same time, Britain wanted a stable and loyal gendarme in the Middle East.

Britain also chose Greece due to its significant level of armed power. Without weapons, the imperialist’s goals would have been impossible to achieve. The Greek army was the perfect fit for Britain, which did not want to use its own soldiers due to the post-war reactions within the country. In addition, it was possible to control Greece, a sea-faring country, via its navy.

WHAT LIES BENEATH THE “MEGALI IDEA”?

In this context, Psirukis underlines the overlap of the “Megali Idea” with expansionist politics. The “hatred” felt by the Greek people against the Ottoman Empire caused the event to have an extremely chauvinistic character. In such an atmosphere, it became difficult for the Greek people to distinguish between their just demands and the limits of unfair expansionism. The Greeks could not distinguish if their rulers spoke a national or a foreign language. The oil war was presented by “Megali Idea” to be a Holy War of the Hellenes. While the “Megali Idea” offered great opportunities to British imperialism, it caused much greater damage to Greece.

Psirukis also states that ethnically Western Anatolia is not Hellenic, and so the Greek soldier is not a savior but an invader. Considering that the Greek yoke was an unbearable situation for the Turkish people for historical reasons, the trap Greece has fallen into can be better understood.

THE JUST RESISTANCE OF THE TURKS

Left-wing writer Dido Sotiriou also emphasizes that the Anatolian Operation was a game of Britain who wanted to threaten the leader of the Turkish national resistance on the one hand, and the Entente Powers on the other. In the words of the Anatolian Sotiriou, the Greek soldiers are not free. At the behest of the Greeks, they do not fight for the interests of the Greeks. They waited for the approval of England for their every move. Sotiriou also states that the only rightful resistance in the war was conducted by the Turks.

The attitude of the Greek communists was not just words. The KKE opposed the Anatolian Operation and carried out intensive activities on the front and behind it. 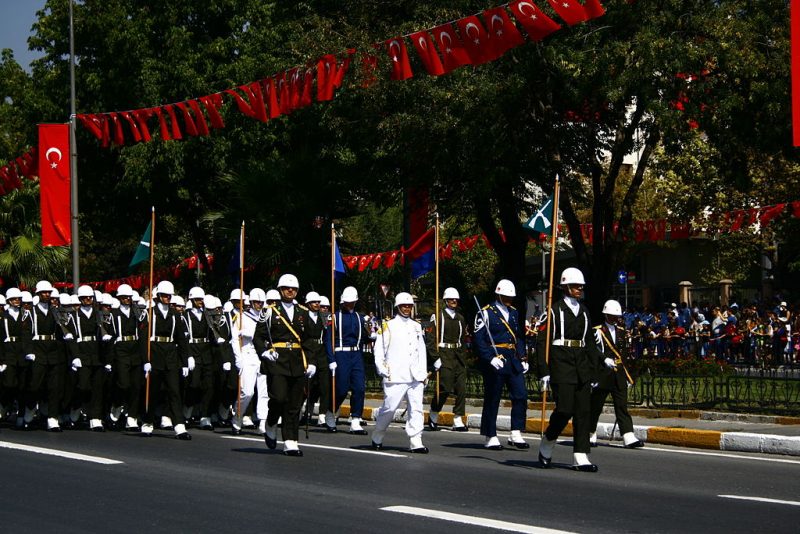 The testimonies of the Greek officers who participated in the Anatolian Operation are important in this respect. Major Panagakos spoke of the negative impact of communism on Greek soldiers during the Sakarya War. During the war, a communist center was identified in Uşak, which had extensions at the front and transmitted some newspapers and statements to the front.

Banned left-wing publications were brought to the front by wrapping in other newspapers. Left broadcasts spread in police stations and especially among telegraphers; there were some provocative actions by communists in the withdrawing troops. Major Panagakos mentions that communists dropped their weapons, and that they shouted “Long live Kemal!” Staff Officer G. L. Spiridonos points out that this movement was formed by the instructions Moscow gave to the KKE.

The occupation of Western Anatolia was criticized by KKE from the very beginning. Having decided to actively fight against the war in Greece and the front with the Balkan Communist Federation, the KKE established a special committee of three people named the Central Committee of the Communist Soldiers in the Front in May 1921. The aim of the committee was to create an active opposition force against the war among the Greek soldiers in Anatolia and to transform the already existing discontent in the army into a strong disobedience campaign.

In March 1921, Greek railway workers started a strike for better wages and job security. The strike was prohibited on the pretext of the military situation. Workers who did not comply with the order are arrested and about 300 were found guilty are sent to the front. A significant portion of these 300 workers who were held responsible for the work of arranging the railways on the Anatolian front and making them suitable for the advancement of the Greek army were members of the KKE and anti-war. The rest soon adopted communist ideas and their reaction was expressed by the slogan of “Down with the war!”.

The KKE Secretary General E. Stavridis refered to this phenomena as follows:

“The 300 railway workers at the front not only had a good link between communist groups and carried propaganda material such as newspapers and brochures. They also helped fugitives and communists on their journey, so much so that the Anatolian [Greek] Army reached a point with 60 thousand deserters. Most of the fugitives were sent back to Greece on a number of ships with communist seafarers.”

In addition, Greek sources report that it was two communist sergeants from the 41st Regiment who gave the first desertion message in the Greek army.

Nationalist Hellenists count communist activities as one of the main factors in the disaster of Greece. In the summer of 1922, all of the Central Committee and some of the members of the KKE were charged with treason. In court, Kordatos, one of the leaders of KKE, also stated that the anti-war publications they prepared were copied and distributed by Kemalists.

The Socialist Workers Party also took part in the anti-war front in Greece. In the meeting held by the Central Committee of the party, it decided to adopt a line against the Anatolian Operation. During the election period, 50,000 people attended the rally they organized in Athens and they cried slogans such as “Down Venizelos!”, “End the war!”.

On the other hand, there were 50 major strikes in Greece in 1921 with the participation of 40,000 workers. In Psirukis’ words, “An army that was not supported within the country could not win the war.”

THE ATTITUDE AFTER THE WAR

KKE leaders, who were imprisoned after the war, were eventually released. The Party asserted in its media organs that Soviet Russia should mediate an honest peace between Greece and Turkey.

The KKE also campaigns on the trial of those responsible for the war. Blood was shed, millions of drachmas were spent, and thousands of Anatolian Greeks were made refugees. Kortados stated that anyone who makes himself use of the imperialists should be punished. According to Kortados, Operation Anatolia was not made to save the people, but to serve the imperialists.

ANTI-IMPERIALISM UNITES THE PEOPLES OF THE REGION

There is no doubt that the August 30 victory was the result of the Turkish nation’s own determination and resolution. It is also clear that the activities of the Greek communists in and behind the front were not such that they actually changed the outcome of the war. However, regardless of its size, it is necessary to award them their share in the victory. Anti-imperialism will unite the peoples of the region today, just as it has in the past.