Will India maintain its sovereignty, or be used by the US in its confrontation with China? 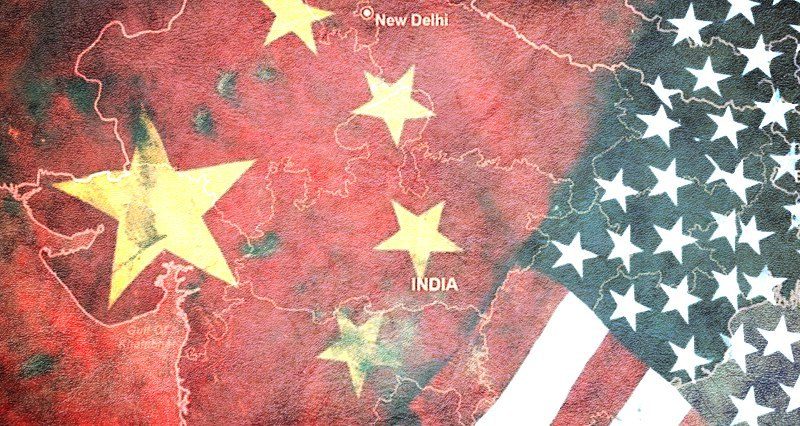 On May 5 in the disputed area near Pangong Tso in the Ladakh region of India, there were clashes between Chinese and Indian troops. The Hindustan Times reports that the clash that occurred last Saturday involved hundreds of troops on both sides.

The Indian air force has intensified sorties in the region. Two Indian Su-30MKI were spotted on site.

The Chinese side calls on India to abandon actions that would “complicate” the issue. This is the first case of renewed conflict on the Himalayan border between China and India since 2017. It indicates the ineffectiveness of measures to prevent such conflicts and suggests the region may become a trigger for another worsening of Sino-Indian relations.

It should be noted that just a month ago there were reports of aggravation of the India-China conflict in the Indian Ocean.

The Commander of the Indian Navy, Admiral Karambir Singh, harshly criticized China for deploying eight warships in the Indian Ocean. After that, the Indian government warned China about the unwelcome escalation of tensions. India accuses China of preparing for a military expansion in the Indian Ocean, arguing that China is actively pursuing intelligence and generally behaves aggressively.

The setback in relations between the two Asian giants, which occurred after the meeting of Prime Minister Modi and Chairman Xi in Wuhan in April 2018, indicates that the lack of progress in resolving the territorial dispute may seriously complicate the normalization of bilateral relations.

There is now another area that may exacerbate relations between New Delhi and Beijing. In May, India will assume the chairmanship of the World Health Organization’s decision-making executive body. The US is now promoting the candidacy of a representative of Taiwan’s separatist authorities as an observer in the World Health Assembly (WHA). India is facing the dilemma of supporting the US and taking China’s side. 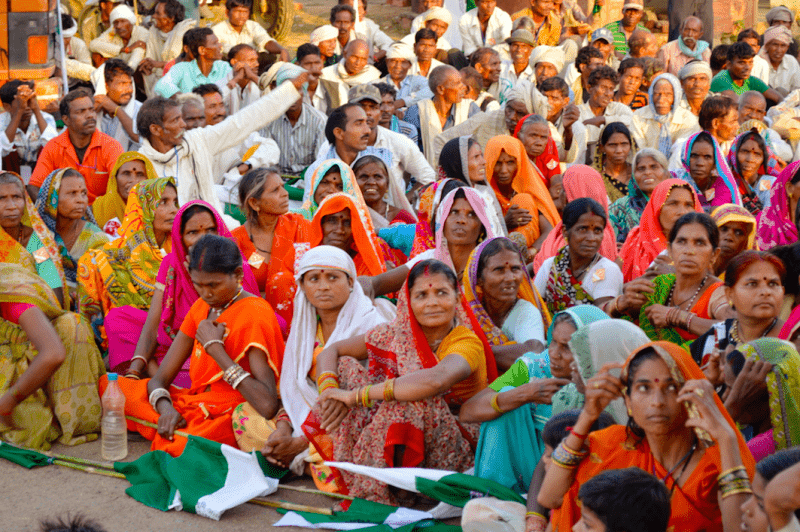 The new escalating border conflict between India and China coincided also with an important gesture from India – New Delhi’s attempt to present the country as an economic alternative to China.

According to Indian media and Bloomberg, Indian authorities intend to attract foreign investors to the country widely and actively. They plan to provide territory for industrial complexes to the largest foreign brands. In order to host foreign enterprises, India will provide a land area of 461,589 hectares, including 115,131 hectares of industrial land in such states as Gujarat, Maharashtra, Tamil Nadu and Andhra Pradesh. The Indian government intends to interest foreign companies to relocate production lines from China.

The coronavirus pandemic that began in China, coupled with signs that the US intends to continue economic pressure against Beijing, including by working out the possibility of sanctions, has already forced some large corporations to try to withdraw some production from China.

US allies are also working in this direction. Saudi Aramco’s management said that despite the 20.9% decline in profits in March, the company will continue to invest in India and will increase them due to the high prospects of the Indian market.

Until recently, there have been problems with the placement of enterprises with foreign capital in India. The legislation had to be changed and foreign investors had to be offered the necessary land with infrastructure for their projects, and this inconvenience is one of the main obstacles for companies that want to participate in the development of the Indian economy.

To intercept the initiative from China, the Indian authorities decided to use special mechanisms, examining the possibility to transfer the necessary areas of Indian territory to foreign companies for long-term use. The governments of individual states are also softening the labor legislation.

At the same time, there is a special exception for Chinese investments in India. In April, the Indian government announced the introduction of restrictive measures on direct investments from countries that have a border with India. China called these measures “discriminatory”.

The actions of the Indian authorities may be explained by the desire to prevent foreign companies from buying up the national economy during the crisis. However, why are the most severe measures being imposed on Chinese companies, while the penetration of Western companies is, on the contrary, being welcomed?

India between the US and China

Indian-Chinese tensions are in the basic interests of the US, which is interested in making India its ally in its confrontation with the Chinese. The United States openly recognizes China as its main rival on the world stage. The coronavirus epidemic has enabled Washington to increase pressure on Beijing. President Donald Trump claims that China is responsible for the global Coronavirus pandemic. According to the FBI, Chinese hackers pose a ‘significant threat’ to the US’ Covid-19 response.

In all US strategic documents, China is listed as the country’s main adversary. India, on the contrary, is perceived as a potential ally in the fight against China. However, the United States and its allies continue to pursue a unipolar strategy in world politics. They claim that China threatens “the US way of life” which they consider universal.

At the same time, India is interested in creating a truly multipolar world where it would act as a full-fledged pole in global politics, rather than just a junior partner of the US. It is indicative that the Americans are not in a hurry to conclude an equal trade agreement with India and it is in Donald Trump’s presidency India and the US started their own tariff war.

On the other hand, the conflict between India and China is extremely deep. Both countries are developing as global industrial producers, competing for the same markets, the same resources. In addition, they have an unresolved border dispute and an acute “Pakistani issue”. Pakistan is China’s key partner in the region, and the CPEC (China-Pakistan Economic Corridor) project, which is going through the disputed Kashmir area, and is of strategic importance to Pakistan under the Belt and Road Initiative (BRI).

The Kashmir Crisis Has Become a Geopolitical Pandora’s box

There is a view that the recent rapprochement between the US and India is not only due to the ideology of the ruling Bharatiya Janata Party, which had shown sympathy for the US and Israel during the Cold War. Competition for spheres of influence in the Indian Ocean, Indochina, Himalayas (Nepal), and Afghanistan allegedly excludes the possibility of true rapprochement and harmonious coexistence.

One can say that the Indo-Chinese contradictions are tactical, but they are perceived rather painfully. The Indo-American contradictions are of a strategic nature, relating to the vision of the desired world system as a whole, asd are therefore not so obvious.

US support for some campaigns to transfer production from China to India is a political step. As noted by The Economic Times, this strategy is supported by the US State Department and the American Chamber of Commerce in India. Thus, in exchange, the US may also ask for political support on the international arena.

In theory, if India presents favorable conditions, makes political concessions and gives more freedom to foreign corporations, they will move to India from China. This may concern American and Japanese corporations withdrawing business from China in the first instance.

However, in order to keep them there, they will need a favorable financial climate and a high quality of disciplined workforce, to which companies that have worked in China are accustomed.

Returning to India’s attempts to change production from China while simultaneously limiting Chinese investment is a limited approach. New Delhi does not act as an independent actor, but a slave integrated into US global political schemes.

How much will India sacrifice its sovereignty to open itself to Western companies? To what extent would it be able to pursue policies based on national interests if it were too connected to the US?

It should be understood that the US is not the only one who is currently concerned about the problem of the imminent severance of a significant number of ties between India and China. China is also in the process of disengagement with the US. Beijing is interested in new markets and areas for investment. India could benefit economically and politically from this process by giving the Chinese an opportunity to invest as well.

While it is possible to balance between China and the US, it is only possible to play a truly independent role if India maintains its sovereignty both economically and politically. In the field of world politics, it is obvious that in order to maintain the status of an independent pole, India will be interested in strengthening its positions in relations with Russia, African countries, and other regional leaders so as not to become a hostage of the US-China confrontation. Perhaps a new window of opportunities will open for western Asian countries and even in some spheres if India realizes the potential of working with Turkey, despite its close ties with Pakistan.