The Kashmir Crisis Has Become a Geopolitical Pandora’s box 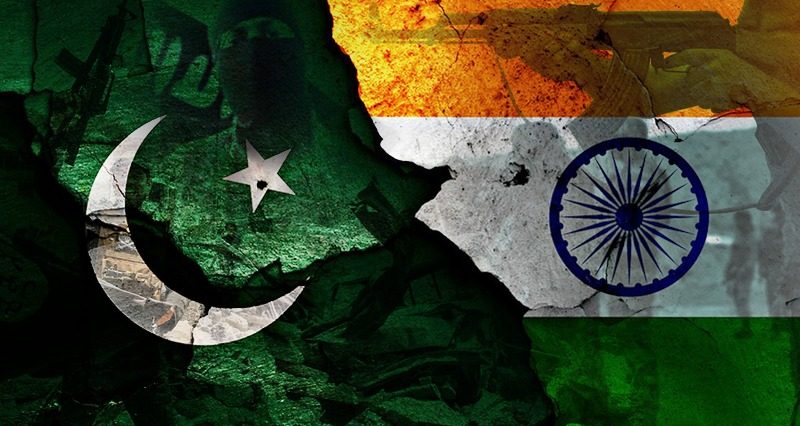 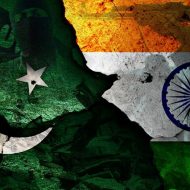 The long-standing dispute between India and Pakistan over Kashmir threatens to turn into an all-out armed conflict. The issue has become a bargaining chip countries to use in order to negotiate profitable deals. Can the crisis be mitigated, and who could effectively negotiate a compromise?

Kashmir has been split between India and Pakistan since it was partitioned in 1947. Both countries claim the right to the entire territory, which has already resulted in three wars.

Recently, Indian President Ram Nath Kovind signed a decree abolishing Article 370 of the constitution, which gave Jammu and Kashmir a special territorial status. The article gave the state the right to their own constitution and the ability to draft own laws, with the exception of those related to defense, communications and foreign affairs. The special status had granted a certain degree of autonomy to the majority-Muslim region, which authorities had hoped would mitigate potential international crisis.

The recent government initiative cancels the constitution of Jammu and Kashmir and divides the Indian-administered part of Kashmir into two “union territories” directly ruled by New Delhi. Union territories have less autonomy from the federal government than states do.

One of the new union territories, “Ladakh,” will have a separate identity much like five other centrally administered areas which don’t have separate legislatures of their own.

In his speech address to the nation, Narendra Modi, India’s Prime Minister, explained the government’s decision, accusing Pakistan of exploiting the special status of Jammu and Kashmir to incite violence in the region.

“Article 370 and 35-A of the Indian Constitution was being used by Pakistan as a tool to incite people and spread terror. Article 370 brought only separatism, nepotism and corruption to the people of Jammu and Kashmir. Over the last three decades, 42,000 people lost their lives in this region,” said Modi.

It is worth noting that the abolition of Article 370 was one of Modi’s campaign promises.

New Delhi believes that Pakistani separatist groups are active in the disputed territory. These groups are fighting for independence of the territory, or its annexation to Pakistan. The groups constantly carry out terrorist attacks against the Indian population.

In the lead-up to the move, India sent thousands of additional troops to the disputed region, imposed curfew in certain areas, arrested opposition leaders and shut down telecommunication lines.

HOW HAS PAKISTAN RESPONDED?

Pakistan, which has long supported the Muslim minority in India (particularly those living in Kashmir), strongly condemned the Indian government’s decision.

Pakistani Prime Minister Imran Khan ordered the creation of a special committee to formulate a legal, political and diplomatic response.

Islamabad was quick to call India’s move illegal, and Khan even threatened to take the matter to the United Nations Security Council.

Islamabad responded with a reduction in diplomatic relations with India as well as the suspension of bilateral trade and the revision of a number of agreements.

In addition, Pakistan announced the expulsion of Indian ambassador Ajay Bisari. The newly appointed ambassador of Pakistan, Moin-ul-Haq, will not be sent to New Delhi as a result.

According to India, Pakistan is also playing a negative role in Afghanistan, fostering terrorist activity and hosting groups like the Taliban in the so-called “Tribal Zone”. Militants belonging to these groups are undermining the security of Afghanistan, yet the authorities in Islamabad remain silent, failing to take effective steps to eliminate the “nest of terror” on their doorstep.

On the other hand, Pakistan is playing a key role in peace talks between the United States and the Taliban which could be crucial in restoring stability in Afghanistan. There have been reports that when Imran Khan met with President Donald Trump in Washington, the two concluded ‘secret agreements.’ Most likely, Pakistan, as a mediator, will exert maximum pressure on the Taliban to reach an agreement with the United States as part of the Afghanistan peace process. Washington, in return, will help Pakistan handle the Kashmir crisis.

Despite the high level of political, trade and economic relations between Kabul and New Delhi, the promotion of the peace process will be top priority for Afghanistan. Kabul will therefore have to forget its differences with Pakistan for some time and curb open support for India.

CHINA’S ROLE IN THE CONFLICT

The Kashmir crisis has attracted attention from numerous actors inside and outside the affected region. The security of the region has an impact on the political and economic interests of all neighboring countries, which could push political players to violate neutrality and make a choice in favor of one of the conflicting parties.

Jammu and Kashmir borders China, a country which also lays claim to certain areas of the state.

According to Modi’s decree, the state will be divided into two union territories – Jammu and Kashmir and Ladakh; China considers the latter to be its territory. In this regard, Foreign Ministry Spokeswoman Hua Chunying said that China has always opposed to India’s inclusion of the Chinese territory into its administrative jurisdiction.

It is important to note that China sees India as a strong economic competitor. That’s why in the context of China’s large-scale “One Belt – One Road” infrastructure project, Pakistan serves as an important strategic partner.

It is logical that Chinese Foreign Minister Wang Yi, after a meeting with Pakistani Foreign Minister Shah Mehmood Qureshi, would remind the world that her country continues to support Pakistan in protecting its interests in Kashmir.

#China intends to support #Pakistan in the UN Security Council (#UNSC) over the #Kashmir issue, Foreign Minister #ShahMehmoodQureshi said on August 9 after meeting with his counterpart #WangYi and other senior officials.

“China has categorically stated the Kashmir issue is a dispute from colonial history and it should be resolved peacefully under the UN Security Council resolutions,” said Wang Yi.

WHO WOULD BE THE BEST MEDIATOR?

Last year, when another wave of confrontation in Kashmir between Pakistan and India broke out, TURKEY raised concerns about the new escalation of tensions and stated its readiness to contribute to resolving the conflict.

Underlined the humanitarian aspect of Jammu-Kashmir issue at OIC Contact Group. #Turkey is ready to contribute actively to efforts for a sustainable settlement through dialogue btw Pakistan&India, on basis of UNSC resolutions & in line with wishes of the people of #Kashmir. pic.twitter.com/pWwvzhZGFT

Turkey has a historically close friendship with Pakistan, and its outlook on the crisis is dominated by the Islamic factor. Ankara, as is the case in regard to Palestine, shows more sympathy for the Muslim population, which could hurt its objectivity.

My openletter to the @trpresidency published in Turkish News Agency in 13 languages.English version is given below.
We thankful to the Turkish Embassy, Turkish President Office & all the people who shared it. https://t.co/WIClEJShTR

IRAN is another regional player with a stake in the Kashmir crisis.

Speaking with Imran Khan by phone, Iranian President Hassan Rouhani called on India and Pakistan to exercise restraint and stop the killing of innocent people, adding that “there is no military solution to the Kashmir dispute. It rather needs to be settled through diplomatic means.”

Rouhani went on to add, “The Islamic Republic of Iran has always made efforts to reduce tensions and unrest in the region, and we believe that the Muslims of Kashmir must be able to use their legal rights and interests to be able to live in peace.”

Iran is pursuing its economic interests in large and far-reaching projects on a regional scale. For example, discussions are ongoing regarding the construction of an Indian-Iranian gas pipeline from the Iranian port “Chabahar”, which would increase the volume of trade between India, Iran and Afghanistan, bypassing Pakistan. This port plays a significant role in the operation of another large-scale project – the North-South International Transport Corridor, in which the economic interests of Russia, Iran and India are involved. Iran will also serve as a link in China’s emerging massive transport corridor.

The transition of the Indo-Pakistani conflict into an open conflict would heavily complicate the multilateral and bilateral economic projects in which Iran participates.Iran, having good relations with both Pakistan and India, will be motivated to negotiate for peace in accordance with its economic interests and might therefore serve as a good mediator for the conflict.

RUSSIA’S position is similar to Iran’s. It is important for Russia to protect its economic interests with all cooperative countries under the scope of the international projects such as BRICS, SCO, “One Belt – One Way”, International North–South Transport Corridor and others.

In this regard, the Russian Federation, as a strong and influential player in the geopolitical arena, could also play a constructive role in resolving the Kashmir crisis.