How does the US see the sides of the conflict in Libya? 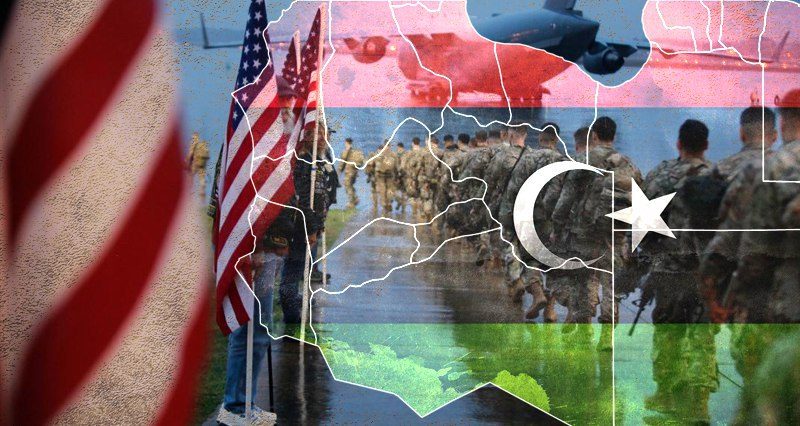 Changes in the balance of power in Libya have occurred as a result of the partial transformation of US strategy towards the country in 2019 (due to the launch of Haftar’s operation against GNA). On June 6, 2019 a group of members of Congress (members of the House Committee on Foreign Affairs) released a letter to Secretary of State Michael R. Pompeo expressed concerns regarding the conflict in Libya and especially the LNA’s military offensive. The operation, led by Haftar against the GNA government, was characterized as the destabilization of the region. The authors of the letter criticized contacts between Trump and Haftar (the congressmen mentioned President Trump’s phone call with Haftar on April 15). In April, 2019 the United States Africa Command (AFRICOM) left Libya due to Haftar’s offensive.

“The security realities on the ground in Libya are growing increasingly complex and unpredictable,” said US Marine Corps Gen. Thomas Waldhauser of US Africa Command.

After the beginning of collaboration and widening of diplomatic ties between GNA and Turkey, the US’ position started to become more sophisticated. The memorandum on maritime borders signed on November 26, 2019 by Erdogan and Sarraj caused a new threat to the balance of power in the Eastern Mediterranean and negatively impacted the regional allies of the US. The new ally of the GNA – Erdogan, whose political course in the last years after the failed gulenist coup d’etat in 2016 turned to an anti-globalist geopolitical agenda – posed a challenge to the US’ support of the GNA.

US Pulls Troops From Libya As Rivals Battle
Officials say where troops are going will be a secret#Libya #AFRICOM #Hafterhttps://t.co/zIHWyG7CPE pic.twitter.com/R4qcO6dJtl

Who is participating in Libyan conflict?

According to the Analysis of the Congressional Research Service there are several poles of external actors  in the Libyan conflict:

US’ view on the UAE and Egypt’s involvement

The US Congress’ Investigation Service names the UAE and Egypt as the two countries they believe to be arming Haftar. Saudi Arabia and Jordan, according to the Research Service of Congress, support Haftar, but to a lesser degree, and therefore have less influence.

Based on reports from State Department officials, the Congressional Research Service reports that “with regard to the United Arab Emirates and Egypt, for example, the United States is committed to Libya-related goals, along with those relating to Gulf security and peace in the region”.

At the same time, American media reported that American weapons, including missiles, are being transferred to Haftar through the UAE (along with Chinese and Russian arms).

A Foreign Policy article reports that the UAE and France have been accused of “fuelling” the conflict.

On February 28, a Senior State Department Official mentioned the UAE and Egypt alongside the UK, France, Italy, Germany and Turkey as countries the US coordinates with. At the same time, he warned that there is “a risk of a large-scale proxy war involving Turkey, Russia, the UAE, and Egypt”.

The US’ outlook on Turkey’s role in conflict

In the Congressional Research Service’s analysis, the GNA-Turkey maritime and security agreement is characterized as a destabilizing factor for the peace process in Libya. The maritime memorandum is considered to pose a threat to the security of the Eastern Mediterranean region. “The Turkey-GNA maritime agreement could discourage private sector involvement in Eastern Mediterranean energy exploration and pipelines and further complicate regional actors’ security calculations.”

The doctrine of maritime cooperation between GNA and Turkey is based on the geopolitical doctrine Mavi Vatan, developed by admiral Cem Gürdeniz. This geopolitical doctrine emphasizes the necessity of wide Turkish control in the Eastern Mediterranean and opposition to the Greek-Egyptian-Israeli alliance which is strongly supported by the US. The Blue Homeland Turkish naval exercises in Mediterranean sea was answered by the Egyptian-Greek Joint Maritime Training ‘Medusa 8’.

The US’ view regarding Russia’s role in conflict

The presence of Russian-national private contractors among the LNA has a serious impact on the development of the conflict. “LNA forces made minimal gains in their assault on Tripoli, until support from Russian private military contractors with air defense equipment enabled some LNA advances in late 2019”.

The fact that US’ officials are worried by Russian presence in Libya is also apparent in the actions taken against 2 Russian academics who were imprisoned in Tripoli’s prison Mitiga led by the leader of RADA Special Deterrence Forces Abdul Rauf Kara. Maxim Shugaley and Samer Seifan, according to sources, were arrested at the request of the Tunisian office of the CIA. The prisoners were doing sociological research on the attitude of the Libyan people towards the LNA and GNA. The 2 sociologists of the Foundation of National Values seem to be very important for Moscow. One of the federal channels of Russia presented a fictionalized film about Shugaley on May 1.

Recently, The New York Times wrote about the involvement of American intelligence in the abduction of Russian scientists, citing a source familiar with the situation.

“This legislation codifies Executive Order 13726 and sanctions individuals who commit human rights violations in Libya, support Russia’s military intervention in Libya, or threaten the peace, security, and stability of Libya.”

The methodology of the US in participating in foreign conflicts has changed into a hybrid variant of collaboration with both sides at the same time. On one side the US is supporting the GNA government, but its alliance with Turkey, which has become anti-NATO orientated has made support for the GNA more difficult, while on the other hand, sources in Benghazi confirm the US’ CIA presence in Benina airbase.  The author of the investigation of the Congressional Research Service about Libya underlines that there is a possible scenario of the return of the US personnel to Libya on a permanent basis, which will allegedly prevent “interventions by the other third parties in Libya.”