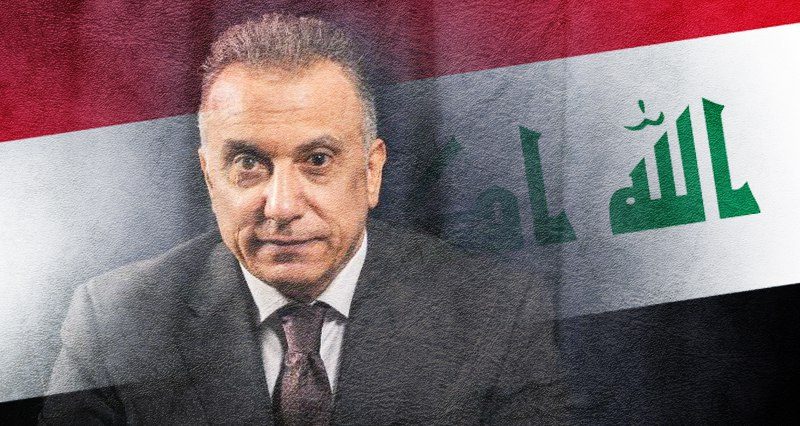 The prominent Shiite blocks in the Iraqi parliament have finally decided to accept Mr. Mustafa al-Kadhimi, the chief of the Intelligence Service, to be the new Prime Minister. Many Kurdish and Sunni parties declared their support for him and asserted that they would positively interact with his government in this critical period. However, it is very likely that al-Kadhimi will not be able to fulfill what Iraqi people expect of him unless political parties change their relationship to the political system. If they remain divided on fateful matters, neither al-Kadhimi nor anyone else, will be able to save the country from its gloomy future.

The high hopes that hang over Mustafa al-Kadhimi’s government must become rational. Political parties are still putting tremendous pressure on him to take their interests into account when it comes to the quota system they participated in founding. Publically, they say that they have given him the freedom to choose his cabinet. However, many media sources confirm the opposite and say that he, at the last minute, might seriously consider not following through.

The negotiations for creating a new government have revealed that a few leaders control the entire process. They decide who must be the new prime minister, and they are also responsible for setting the norms of choosing the ministers. This approach can lead to only one result: a failed state. In this case, they are attempting to turn al-Kadhimi into an employee in their institutions. However, Iraqis will no longer accept this equation. Instead, they want to see a real statesman who can rebuild their nation.

Civilized states need strong leaders who can solve problems and manage crises creatively. These leaders are produced by political parties for the revitalization of the state and for consolidating its position in the international arena. In Iraq, such a model has faced many setbacks since 2003, as partisan forces, for many reasons, fear these kinds of rulers, and have plunged the Iraqi state into a dark tunnel as a result. The same might also happen to al-Kadhimi’s government.

Recently, al-Kadhimi said that his government will depend on actions rather than words. As it stands, he is determined to address the basic challenges facing Iraq in many different sectors. This means that he will have to contain all kinds of corruption threatening society and the state. If he does so, political parties will likely choose to challenge him in this regard, putting him in a real dilemma. It is widely believed that they will not permit him to apply his governmental program to address crucial matters facing the country. Hence, sooner or later, he will admit that these parties want the Iraqi nation to be without actual leadership.

Al-Kadhimi is confronting the possibility of the state collapsing. There are presently many hurdles looming: oil prices are declining, the coronavirus has not been defeated, the possibility of direct conflict between the US troops and the Popular Mobilization Forces (PMFs) is still high, not to mention that the demands of the protest movement have not yet been met. To tackle all of these points, al-Kadhimi’s government will need a real national consensus to grant him the success and strength he requires. Unfortunately, there are many doubts that political parties will allow for the creation of the necessary conditions to allow al-Kadhimi to act as needed.

Until now, there has been no real evidence to show that the traditional political parties are at all interested in the fate of al-Kadhimi’s cabinet. Every side is negotiating for the sake of its own interests. Each party sees itself as the legal representative of a segment of the population, and has its own specific geopolitical dogma. This leads to impossible conflicts as all of these forces intersect with the state.

At present, there is serious talk about the nature of disputes between al-Kadhimi and the others, especially the PMFs, concerning the security ministries. Paramilitary groups want to impose their ideology on the security scene and prevent al-Kadhimi from managing such dangerous institutions. This suggests that mistrust has increased and that relations might collapse earlier than many writers anticipated. For his part, al-Kadhimi is trying to keep a firm grip on the intelligence services. All of this indicates how relations between these sectors will develop in the coming months.

Al-Kadhimi is facing the demand to find a solution to the American presence in Iraq. PMFs want him to apply the decision made by the Iraqi parliament calling for a full American withdrawal from Iraq. If he refuses to respond to their order, they will accuse him of being an American agent. In return, the US is looking forward to his role in securing its embassy and its military bases from the missile attacks. If he is unable to do so, he will face a sharp American reaction. It is clear that al-Kadhimi is between a rock and hard place among these opposing forces.

Al-Kadhimi will not be allowed to break the mechanism of sharing the ministries among the big parties. There are six ministries classified as sovereign, including the ministries of the Interior, Defense, Foreign Affairs, Oil, Finance and Planning. The ministries are distributed thusly: 3 ministries go to the Shiites, 2 ministries to the Sunnis and one ministry to the Kurds. Iraqi society has begun to express its disapproval of this formula, which has turned these establishments into business centers serving the parties in power. Accordingly, people do not regard these ministries as institutions belonging to the state but purely partisan institutions.

In sum, the Iraqi political experience has proven that we need a new generation to lead the state. Traditional parties have lost their ability to institute the changes the people demand. These political forces are obliged to change their policies and work with others to find a way out of the impasse. This is what Iraqi people want from them. Otherwise, they will be responsible for the failure of al-Kadhimi’s government, which has already been restricted by numerous political commitments which will restrain its effectiveness in the upcoming period.