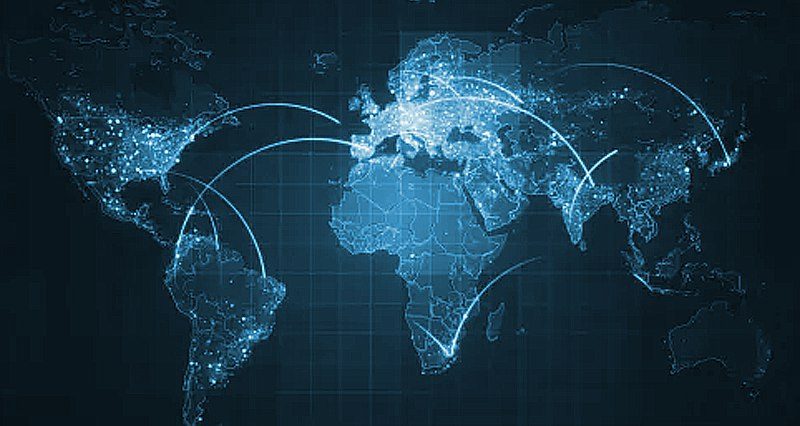 Coronavirus: the end of the EU

The coronavirus epidemic has hit Europe harder than any other region in the world. If we put the statistics from all EU countries together, the region in the world has the highest number of cases, with the worst situation being in Italy. However, no serious coordination of the fight against coronavirus within the EU has been observed. In fact, the EU has officially resigned in its helplessness. The position of independent nation states are strengthening, while supranational institutions are weakening in light of the coronavirus.

On March 20, Macedonian President Stevo Pendarovski signed a document officially approving the country’s accession to NATO. All NATO states have ratified the admission of the small Balkan state to their military and political club. The last country on the list was Spain, which had given its good intentions a few days before. Macedonia’s involvement in NATO, with the help of the United States and European partners, was carried out in order to reduce the influence of Russia and China in the Balkans.

In post-Soviet space the crisis caused by the novel coronavirus has also seriously affected integration processes. Member states of the Eurasian Economic Union began to impose uncoordinated restrictions on the movement of people. Kazakhstan, Armenia and Kyrgyzstan all declared a state of emergency.  In Russia, restrictive measures are being introduced at the level of the federative entities. In Belarus, President Alexander Lukashenko is generally skeptical about the coronavirus; there are currently no restrictive measures in the country. There is a lack of coherence among the heads of state involved in the integration association.

At an extraordinary meeting of the Verkhovna Rada of Ukraine on the night of March 30-31, MPs adapted a bill to open the land market. Earlier, a moratorium was imposed on the sale of agricultural land in Ukraine. Under the new law, land can be sold from July 1, 2021 until January 1, 2024. Only individuals who are citizens of Ukraine will be able to buy land. Admission of foreigners to purchase land in Ukraine will be possible only after the relevant decision is taken at a national referendum. However, opposition parties fear that this will allow huge chunks of agricultural land to be bought up by Ukrainian oligarchs and structures working for transnational corporations.

The full opening of the land market is a condition set by the IMF. With this decision, Ukraine has taken a step towards handing over some of its resources to the transnational oligarchy. These resources, given the exceptional fertility of Ukrainian land, could play a significant role in Europe’s food security.

On March 5 in Moscow, Turkish and Russian Presidents Recep Tayyip Erdoğan and Vladimir Putin held talks on the situation in Idlib, Syria. The negotiations were preceded by a serious aggravation in the Syrian province of idlib where several dozens of Turkish soldiers were killed.

As a result of the six-hour talks, Putin and Erdogan made concrete decisions and decided to personally demonstrate that they had reached an agreement. Among the decisions they made was the introduction of a joint Russian-Turkish military along the M4 highway in Idlib (connecting Latakia and Aleppo) starting March 15. A 12 km wide security corridor will also be created along the Latakia-Aleppo road.

Syrian armed opposition fighters and terrorists have tried to undermine these decisions by blocking the road so that joint Russian-Turkish patrols could not start working. On March 19, Turkish troops came under rocket fire near Mount Zawiya on the M4 Highway, leaving three Turkish soldiers dead. However, despite the opposition of terrorists, the patrols have engaged in their work.

Extraordinary parliamentary elections for the 23rd Knesset were held in Israel on March 2, 2020 — the third election since last spring. As expected, the Likud party of Prime Minister Benjamin Netanyahu won the most votes, taking 36 of the 120 seats in the Knesset – the party’s highest results in 17 years. However, even with the support of religious and right-wing parties, Netanyahu’s bloc won only 58 seats – three less than necessary to form a parliamentary majority and form the ruling coalition.

The Kahol Lavan bloc of Netanyahu’s main rival, Benny Gantz, won 33 mandates. Negotiations for the formation of a government were underway throughout the month. However, the COVID-19 pandemic has changed the politician’s plans. In late March Gantz agreed to form a unified government with Prime Minister Benjamin Netanyahu. According to him, the country needs an emergency government to tackle COVID-19. Under the agreement, Netanyahu will lead the country for 18 months, then allow Gantz to take over as prime minister. A large part of the opposition has accused Gantz of treason. Others, however, note that the terms of the agreement do allow Gantz to become Prime Minister after 18 months.

China has managed to nearly completely stop the spread of coronavirus, according to the representative of the State Committee on Healthcare of China Mi Feng.

According to him, data for March 28 indicate that the number of confirmed cases of coronavirus infection in the country is less than 3 thousand.

At the same time, he noted that a new round of combating the virus is possible in China as the number of imported cases continues to grow. On Saturday, 693 imported cases from 42 countries were recorded.

On March 25, India’s Prime Minister Narendra Modi announced the introduction of a total curfew. Quarantine measures will affect the entire population of the country, around 1.3 billion people, and will last at least three weeks. Violators are being beaten with sticks on the street. The largest democraty in the world is ready to take hardcore measures to handle the pandemic.

US: epicenter of the epidemic

On March 27, according to a study by Johns Hopkins University, the United States became the state with the highest number of cases of the new type of coronavirus (COVID-19). More than 85,000 have been diagnosed and nearly 1,300 deaths reported in the United States, surpassing even China. The United States has become the epicenter of the COVID-19 epidemic on a global scale. Earlier, President Donald Trump declared the coronavirus emergency. However, the limited measures that have been taken have not reduced the virus’ growth.

Trump’s administration warned residents of New York, New Jersey and Connecticut not to travel outside their states after the president threatened to establish a direct quarantine in a large part of the region. At the same time, he said that the three states do not need to introduce a full quarantine which shocked doctors given the critical situation.

Former US Vice President Joe Biden took the lead in the Democratic election campaign in March. After winning the primaries in South Carolina on February 29, he won most states during Super Tuesday on March 3 (Virginia, Texas, Tennessee, Oklahoma, North Carolina, Minnesota, Massachusetts, Maine, Arkansas and Alabama). On March 10 he won Idaho, Michigan, Mississippi, Missouri, Washington and then Arizona, Florida and Illinois. Joe Biden has won 1,218 representatives while his main rival – Senator Bernie Sanders, has won 918.

Most likely, with the support of the Democratic Party establishment, Joe Biden will be the candidate in the coming presidential elections. Sanders, who has put forward and popularized socialist ideas, will not be allowed to participate in the elections. The question is whether or not he will accept the rigged primary process or call on his supporters to resist.

In early March, protests against the neoliberal policies of the country’s leadership resumed with renewed force in Chile. They were timed to take place on International Women’s Day, March 8, and the 30-year anniversary of the end of the 1973-1990 military dictatorship. Protesters demanded the resignation of President Sebastián Piñera, blaming him for inequality and police violence.  At the end of the month, the protests were suspended as the government declared a state of emergency due to COVID-19. However, the reasons for the protests were not eliminated. After the COVID-19 pandemic is overcome, Chile will likely see the biggest wave of protests it has seen yet.

Donald Trump’s administration is preparing to present a new plan for regime change in Venezuela. The plan is called “Democratic Framework for Venezuela,” Its existence was confirmed by US Special Representative for Venezuela Elliott Abrams. According to this plan, neither President Nicolas Maduro, nor Juan Guaido – whom the US considers the legitimate leader of Venezuela – should hold leadership of the country.

The United States proposes a five-member council to govern the country until presidential and parliamentary elections can be held in late 2020. Four representatives of this council will represent the opposition while only one will represent the current Venezuelan authorities.

The Trump administration has made no secret of its desire to sow discord among the ruling elite in Venezuela. Abrams told the AP: “What we’re hoping is that this really intensifies a discussion inside the army, Chavismo, the ruling socialist party and the regime on how to get out of the terrible crisis they’re in.” The main condition for the lifting of the US sanction was the exclusion from power of all those against whom individual sanctions had previously been imposed, as well as the withdrawal from Venezuela of Chinese and Russian military advisers.

Libya: The Minister of the Interior strengthens position

Fathi Bashaga, the Interior Minister of the Government of National Reconciliation of Libya, made a trip to Europe this month. On March 12 he visited London, followed by Marseille in France. There, he discussed interaction with the governments of these countries. Against the backdrop of past statements about the need for an American base in Libya and constant contacts with the US embassy, Bashaga’s actions appear to be attempts to gain Western support. By strengthening his support from the West, Fathi Bashagha may challenge PNC Prime Minister Fayez Sarraj, which will complicate Turkish support for the PNC.

Elections in Mali: despite the coronavirus.

Residents of Mali went to the polls on Sunday, March 29, the day after the first coronavirus fatality was recorded in the country. In the previous elections in 2013, President Ibrahim Boubacar Keita’s Rally for Mali Party had won. Shortly before the election, the leader of Mali’s largest opposition party, the Union pour la République et la Démocratie (URD), Soumaila Cissé, was kidnapped in the central part of the country by unknown armed men.

Although some opposition parties called for a postponement of the vote because of the coronavirus outbreak, the government said that hand washing stations and masks would be available at polling stations.

Mali currently has 18 confirmed cases of COVID-19, but there are concerns about its possible spread in a country with poor medical infrastructure.