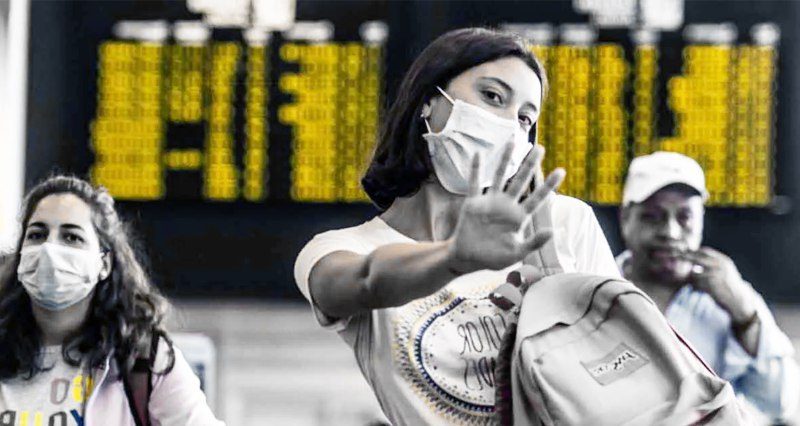 At a time when the number of Coronavirus cases has exceeded 500,000 worldwide and when all the countries of the world are needing to cooperate against the pandemic, the United States has announced new sanctions on Iran and Venezuela, while extending sanctions against Cuba. The US, meanwhile, has become the new center of the pandemic and now exceeds China and Italy in the number of infections.

In addition to the sanctions against Venezuela, Washington has filed charges about the President of Venezuela, Nicolas Maduro. The US State Department announced that President Maduro and other Venezuelan officials that they have been indicted on the grounds that they “played a role in international drug trafficking”. Alongside Maduro, the indictment includes the United Socialist Party of Venezuela (PSUV), Vice President and President of the Constituent National Assembly (ANC) Diosdado Cabello, Venezuelan Military Intelligence Chief Hugo Carvaja, former Major General Cliver Alcala Cordones, and the Minister of Industry and Natural Production Tareck El-Aissami. For people who provide information on the capture or arrest of Maduro, a bounty of 15 million USD has been offered. For other officials, the bounty is up to 10 million USD.

THE THIRD ROUND OF SANCTIONS ON IRAN IN TWO WEEKS

Meanwhile, Washington has blacklisted five Iranian companies and 15 individuals for the reason of “supporting terrorist organizations”. This is the third round of US sanctions on Iran in two weeks, where more than 2,200 people have lost their lives due to the Coronavirus pandemic. Blacklisted companies and individuals are accused of selling Iranian oil to Syria and delivering weapons to militias in Iraq and Yemen.

Iranian Foreign Minister Javad Zarif posted on his Twitter account: “Covid19 ravages the world, sparing no nation. Even the world’s largest economy needs others to help it fight the pandemic, yet refuses to halt its economic terrorism against Iran. Does the US want a forever pandemic?”

MADURO: I SHALL DEFEND MY HOMELAND!

The Venezuelan President Maduro, who has given a harsh response to Washington’s accusations, says that the United States and Colombia have prepared a plot to create chaos in Venezuela, and added: “As the President, I have to defend the stability and peace of this country, as a whole and no matter what. They have not been able to do it and they shall not.”

Maduro made this analogy on the US setting up a $15 million bounty for any information about his capture or arrest:

“The Administration of Donald Trump has launched a series of false accusations in an extremely bigoted, vulgar, miserable manner. They put a bounty on the head of the revolutionaries who were ready to fight, just like the racist cowboys of the 19th century. You are miserable, Donald Trump. He is not just behaving like a racist and a supremacist, he is also governing international affairs like a tyrant.”

THE HITMAN THAT THEY ASSIGNED HAD FAILED

Maduro stated that former Major General Cliver Alcala, who admitted sending weapons to Venezuela for an armed rebellion to spark, had failed, so the bounty was put for that reason by the United States.

Commenting on the former Major General Alcala’s military past, Maduro has said, “He was not loved much in his military life since he despised the people. We have seen the photos of him with the drug traffickers, and when an investigation was launched, he fled the country. He became a servant for the U.S. Drug Enforcement Administration, which gave him the missions to send weapons to Venezuela.  And he had announced that he signed an agreement with Guaido.”

CUBA: THE REAL THREAT FOR THE WORLD IS THE US

He described the US accusations of ‘drug trafficking’ against Maduro as a degenerate lie and said that “The US government has shown that it is the real threat for world peace and wellbeing by making this decision during the Covid-19 pandemic.”

President of Cuba Miguel Diaz-Canel Bermudez also emphasised that on this Twitter account: “Attack on Venezuela and against President Nicolas Maduro is an attack on the peace of Latin America. The imperial move is an attempt to escape internal problems in an election year. While governments of the region and the world come together against the Pandemic COVID-19, the empire threatens our peoples.”