From Quds to Erbil: Soleimani’s role in defending Kurdistan 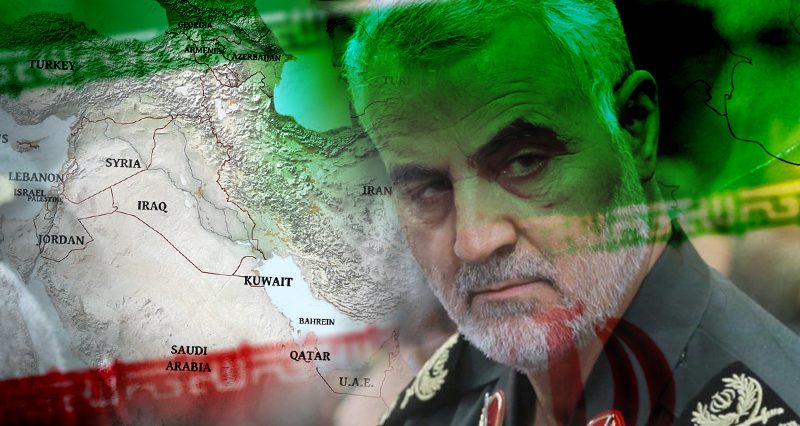 The assassination of General Qassem Soleimani, the commander of the Iranian Revolutionary Guards’ Quds force, was a powerful blow against Iran’s foreign operations. While the incident led to passivity among the shocked Iranian public at first, it soon became a motive for national unity and cohesion.

The incident also paved the way for the release of previously unknown records regarding Soleimani’s service in the Middle East. The details of his activities in the Autonomous Kurdistan Region of Iraq were among the most interesting.

In a serious strategic mistake, after Kurdistan’s alliance with the US led to escalating tensions between Erbil and Baghdad, Masoud Barzani decided to hold a referendum on independence for the autonomous region. Despite the explicit opposition of the central government and the other countries in the region, Barzani insisted on fulfilling his plan. However, Iran’s intervention and Turkey’s cooperation left things inconclusive. Since then, Erbil’s hostility toward Tehran, and especially toward Qassem Soleimani himself, was clear.

The position of Erbil’s leadership toward Soleimani’s assassination was the first open evidence of this hostility. The TV channel “Kurdistan 24” (which belongs to the Barzani family) frequently broadcasted US based information calling Soleimani a “terrorist responsible for the deaths of hundreds of US personnel in Iraq.” In an official statement, Kurdistan’s leadership condemned his allegened “terrorism” and refused to take part in Soleimani’s funeral.

Iranian Tasnimnews, a conservative news agency close to the IRGC, reacted to the position of Iraqi Kurdish leadership by releasing information regarding Soleimani’s role in saving Erbil from ISIS invasion.

“Erbil officials should not forget the date August, 2014 the 7th, when ISIS occupied three geo-strategic regions of Xazir, Gavir and Makhmur, posing a serious threat to Erbil.” 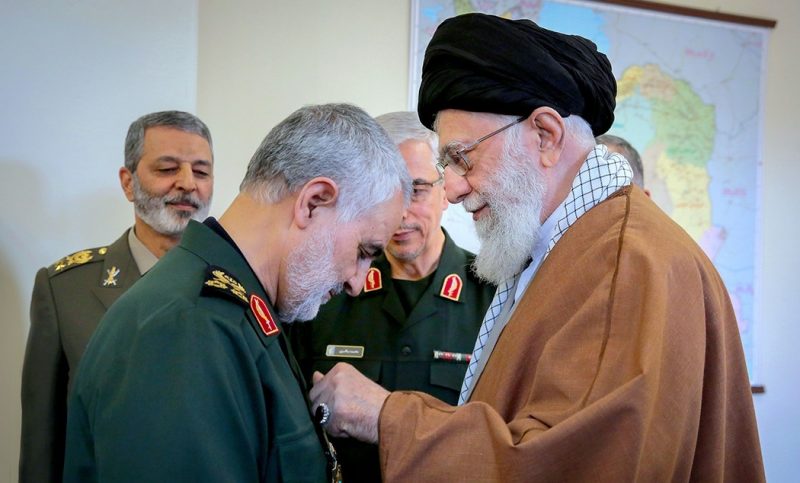 The agency also revealed efforts by Hoshyar Zebari, the former Iraqi FM and a member of political bureau of the Kurdistan Democratic Party, to send John Kerry, US Secretary of State, a request for assistance, and continues: “It was Soleimani’s special forces who were first involved in Erbil defense operations prior to US fighters, and it is they who saved the city.” The report also disclosed an appreciation letter from Masoud Barzani sent to the Iranian President.

However, the hostility didn’t stop other Kurdish politicians expressing the truth about Soleimani’s support for the Kurdish people. Muhammad Haj Mahmoud, Leader of the Kurdistan Social Democratic Party (KSDP) stated in an interview that without Soleimani’s support, Baghdad and Damascus would undoubtedly have fallen to ISIS. He also mentioned Kurdish leaders’ negligence to the Quds force commander’s warning about ISIS in 2014, and added:

“A number of Kurdish political factions believed that ISIS’ mission was to go forward toward Baghdad, and accordingly, that they would not touch Kurdistan … However, when ISIS reached the Kurdistan region, the Islamic Republic of Iran was the first country present at the Erbil airport [to help]; before either the US or the EU. Haj Qassem was already there, leading a 70-member military unit including military experts and three shipments of ammunition required to fight ISIS. They collaborated with the Peshmerga forces and even left martyrs in the Makhmur region.”

Brigadier General Bakhtiar Faeq Khodarahm, Deputy Commander of the 70th Peshmerga Forces, affiliated with the Patriotic Union of Kurdistan, stated in another interview:

“Qassem Soleimani supported the Kurdish Peshmerga Force whenever and wherever needed. At the time when we were under pressure, he supported us in military and even spiritual terms. He used to visit our trenches personally and met the troops. He would cooperate with us at any stage in which the Kurdish Peshmerga force needed assistance.”

The Deputy Commander of the 70th Peshmerga Forces also stressed that if there hadn’t been support from Soleimani and his forces, lots of Kurdish civilians would certainly have been captured by ISIS, and that the economic and strategic infrastructure of the region would likely have been destroyed.

Mahmoud Sangavi, a senior member of the Patriotic Union of Kurdistan of Iraq, is yet another Kurdish figure who discussed Soleimani’s services to Kurdistan. Emphasizing that the opinions and assistance of Iranian commanders played an important role in defending the Kurdish people, he said:

“After 200 ISIS militants invaded Mosul, lots of Iraqi forces dropped their weapons. Therefore, the terrorists achieved [heavy] military equipment such as Tanks, artillery, Katyusha rocket launchers, etc. ISIS utilized all the weapons they had against us. It was then that Iran rushed into the war and supported Iraq, as well as Kurdistan.”

Interestingly, Barzani is now completely ignoring Soleimani’s support for Kurdistan, and has even refrained from expressing any regrets regarding his loss. However, a few years ago, before Barzani began to participate in the disintegration plan for the Middle East in line with the US and British agenda, he had already emphasized Soleimani’s historic role in rescuing Iraqi Kurdish people from ISIS in a press interview.

In response to the question “We know that Erbil was falling, what happened that prevented ISIS from entering the city?” he responded:

“Yes, everyone knew that ISIS was at Erbil’s gates, and it was likely that the city would be occupied, and soon. After the invasion, I called the US, Turkey, the UK, France and even Saudi Arabia. All the officials responded that they could not provide timely support. Then I immediately contacted Iran. I told them Erbil is falling, and if they cannot help, we will have to evacuate the city. I was given Soleimani’s phone number and told that “Haj Qassem is our plenipotentiary representative in fighting ISIS.” I called him swiftly and explained the situation in detail.

He responded: “I will be there [in Erbil] by Morning Prayer, tomorrow.”

I told him, it’s too late for tomorrow, come here just now.

He responded: “Kak Masoud [“Kak” is a Kurdish term for intimacy, meaning “friend” or “brother”], just maintain the city for tonight.”

Barzani continued that in the early morning, Soleimani rushed to help the Kurdish people with dozens of his forces and two cargo aircrafts full of weapons.