“And yet it moves”: Turkey’s Eurasian future 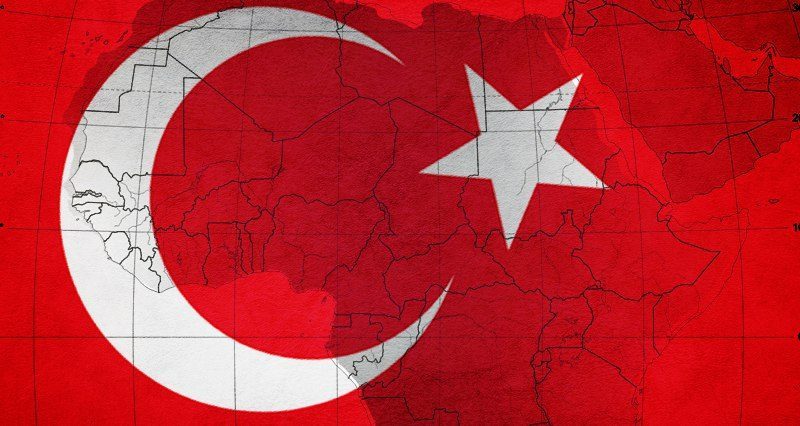 Our article begins with Galileo’s famous words, Eppur si muove: “And yet it moves.” Despite hegemonic power and the world order it established, despite political pressure, psychological warfare, conspiracies, trade wars, embargoes, sanctions, plots and color revolutions, the global order is changing. In a world where the top 42 richest people have the wealth equal to the bottom 3.6 billion people, it is becoming more and more evident that it is no longer possible to maintain the liberal capitalist order established after World War II based on Spykman’s Rimland Theory. The economic backbone of this system cracked during the 2008 Financial Crisis, and on August 8th 2008, the Ossetian Crisis broke it geopolitically.

Over the last 75 years, the liberal west has followed American civilization as a model, including Western individualism, neo-liberalism and Judeo-Christian metaphysics, all of which have now come into question. This rapid collapse has also revealed that Pax Americana was rather short-lived in comparison to the Pax Romana, Pax Britannica or Pax Ottomana. Nonetheless, in spite of its decline, the liberal West continues to plot new strategies to survive and maintain its presence. One of the most important tools they are using to this end is the strategy of creative chaos. Their primary goal is to prevent Eurasia from working together and going stronger. However, the alliance between China and Russia and their post-SCO strategic cooperation has already begun to change the balance.

Although the Belt and Road Initiative has been demonized by the liberal western media and despite the Trump administration alongside psychological operations carried out against China such as the media campaign around the Coronavirus, we can nonetheless look toward Eurasia and say “Eppur si Muove.” Both the Heartland and the Rimland are beginning to take China’s side.

China represents development and prosperity through production and state planning. The average life expectancy in China has doubled in comparison to 70 years ago. In the last 40 years, 800 million people, two and a half times the US population, have been lifted above the poverty line. In the last 12 years, China has been the central locomotive of economic growth in the world. In handling the coronavirus outbreak, China built a specialized hospital with 1,000 bed capacity in just 10 days, facts which completely counter the US’ efforts to present them as a failed state surrendering its economic-advantages to a virus. China represents not only itself, but also the Asian and the Eurasian Century. The weakening of the Rimland Theory in Asia and the emergence of new global powers is a nightmare for American leadership desperate to maintain their hold on power. 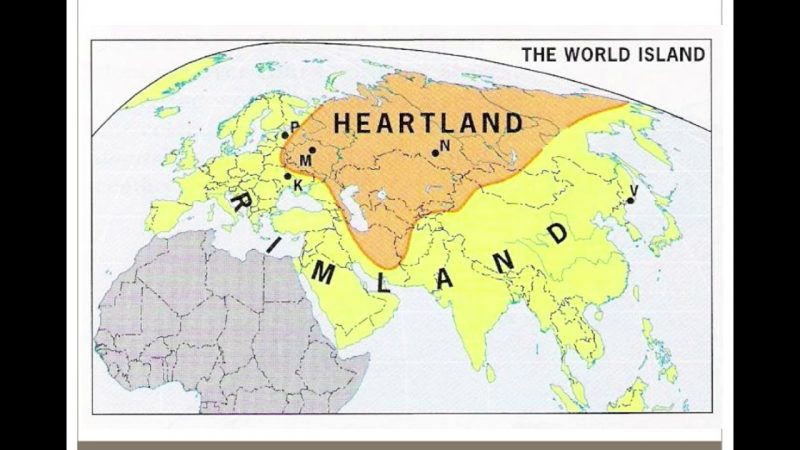 On February 5th 2020, the American Congressional Research Service published a report titled “The United States Role in the World.” The report indicates the United States’ global goals in four key areas: 1. Global Leadership; 2. Defense and Promotion of the Liberal International Order; 3. Defense and Promotion of Freedom, Democracy and Human Rights; 4. Prevention of Emergence of Regional Hegemons in Eurasia.

When it comes to Turkey and the region around it, it is clear that the last of these goals is the most important: all of the crises and coups that have occured in Turkey since March 12, 1970, are directly related to this goal. In 1946, this goal, shaped in line with the Rimland Theory of Nicholas Spykman and the containment strategy against the Soviet Union by George Kennan, was designed to never allow any power centers or coalitions in Eurasia that could compete with the United States. Therefore, every time Turkey came closer to the Soviets or to Russia, let alone being an anti-American powerhouse on its own, bitter events took place. First, Kemalist Turkey was destroyed, and then, Atlantic dependency was established. This dependency was effective in all areas; from the police to the intelligence community; from the army to the academics; from the business to media, preventing Turkey from developing independently.

Neo-liberal policies have crippled Turkey, especially after 1980, the year when the assets of our beautiful country were privatized. The service sector has now prevailed over industry, and consumption was encouraged over frugality. Agriculture declined. In the end, a great republic with powerful traditions of empire-building has been forced into a genetically modified morbid existence, dependent on cold-hard cash and submerged in a debt trap. It is hard to believe that as the unipolar period comes to an end and the multipolar period begins, as the Atlantic century evolves into the Asian century, the Republican People’s Party (CHP), the party which should be the political heir to the founding ideology of Turkey and Mustafa Kemal Ataturk, is ready to abandon the six arrows ideology. It is hard to believe that the constitutional proposal they prepared does not even say the word “Turkish” once.

It is even harder to believe that the former President who initiated a large-scale plot against the Turkish Navy and the Army is able to say “Find a prosecutor and prove it.” This is the same figure who accepted the US Secretary of State’s agreement of mandate, arguing that defending the country’s national interests, complaining that “Conservatives are becoming more and more nationalistic.”

Under the spell of cold-hard cash

Turkey is unfortunately in a position quite similar to that Galileo after he was brought in front of the Roman Inquisition. The truth may not yet be accepted, but it is obvious. While being crushed by foreign debt, Turkey is being pulled into a situation it cannot protect its own geopolitical interests and potentially into a war with Syria through the trap set in Idlib. The healthy and balanced relations that developed with Russia after the 2016 coup attempt are at stake. Just 6 weeks ago on January 8, 2020, Erdogan made a speech at the TurkStream opening ceremony where he said: “We cannot forget the help we got from our Russian friends, during the War of Independence… We did not allow our recent differences on the interests with Russia, to prevent our common interests…

No one has the right to throw the entire region, especially Iraq, into a new ring of fire for the sake of their own benefit… We will not allow our region to be drown in blood and tears, by mobilizing all the means we can get…we do not want Iraq, Syria, Lebanon, or the Gulf region to become the battlefield for the proxy wars.” 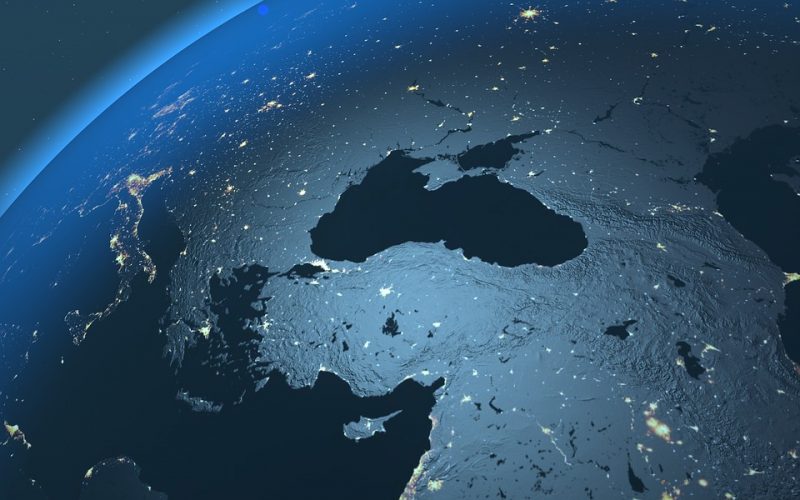 As I write these lines, the news of three more martyrs has come from Idlib. Every time new martyrs are created, Turkey is pushed deeper and deeper  into the Atlantic axis, increasing the number of Turks ready to bow to imperialism. However, asking for help from the imperialists is like waiting for mercy from an executioner. Let us take a closer look at what has been going on around us over the last week and how the Atlantic Front really acts toward Turkey. The US has deployed troops in Paphos, Southern Cyprus. France has sold €240 million worth of anti-ship and anti-air missiles to Southern Cyprus. Greek, French and the US Navies conducted a joint drill based on an anti-Turkish scenario on the island of Skyros in the Middle Aegean Sea. In TRNC, the resolution model of federalism has been revived.

The EU has decided to launch a naval operation against arms trafficking in Libyan maritime areas (according to them, aimed directly against Turkey’s supply of weaponry to the GNA) called Operation EU Active Surveillance. FETO’s fugitive militants were greeted with applause at the Virginia House of Delegates in the US.

We can not fall for the Atlanticist trap

All of that happened within the span of a couple weeks. After the coup on July 15, 2016 when 250 Turkish citizens were murdered by FETO militants under the protection of the United States, the EU and NATO, I said in a speech at the Ulusal Kanal, “The Turkish people will never forget this betrayal, nothing will ever be the same again.” It seems I spoke too quickly. Unfortunately, Turkey is being pulled back again into the same US/EU/NATO trap through Idlib. Falling for this trap is absolutely not to Turkey’s benefit, and would accompany losses in other regions as well; from the Eastern Mediterranean to the Tigris-Euphrates basin; from Libya to the Black Sea. I hope this process does not result in any irreversible geopolitical consequences for our Blue Homeland. It is more important now than ever to implement multidimensional, multilateral and interest-oriented security policies based on facts, logic and wisdom.

Neither Turkish blood, nor the Turkish labor force should be expended on geopolitical, strategic and economic mistakes that are impossible to be accounted for in the future. Imperialism must not be allowed to plot new conspiracy opportunities in Turkey. Turkey must decide its own fate.