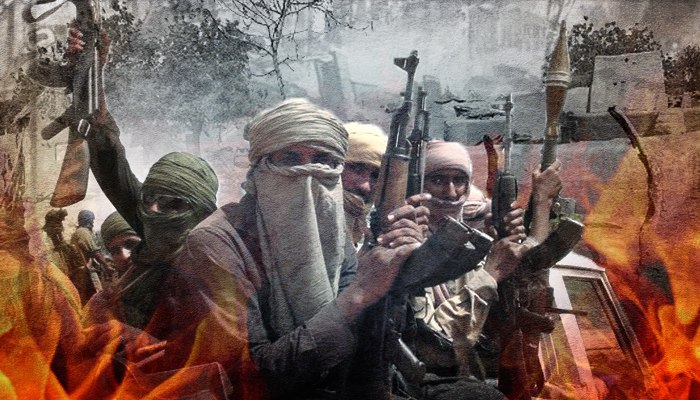 The Sahel region, which includes Chad, Mali, Mauritania, Niger and Algeria, remains host to vast criminal networks, drug trafficking and terrorist groups. Developments in Mali have hit the headlines over the past week ags terrorists attacked UN peacekeeping forces in Tessalit. As a result of the attack, at least 20 people, including 18 representatives of the organization, died from rocket attacks on a military base. According to sources, six people were seriously injured.

Following the incident, the Ministry of Defence of the Niger reported that the military base was attacked by 64 Islamist militants on cars and motorcycles – the attack was eventually repelled, but 25 soldiers were killed and six wounded in the exchange of fire. This was the first such attack at the Changodar post, located 10 km from the border of Mali.

France seems to be losing hope of taking control of the situation. Although Operation Barkhane was launched back in 2014 (a continuation of previous operations), since 2016, the number of terrorist attacks in Niger, Mali and Burkina Faso have increased five-fold, with more than 4,000 dead, the top UN official in West Africa, Mohamed Ibn Chambas, told the UN Security Council Wednesday. The number of violent deaths rose from 80 in 2016 to 1,800 last year, the United Nations reported. Chambas estimates that extremists are moving further south and west towards coastal areas that have never faced such pressure. The region has seen a “devastating surge in terrorist attacks against civilian and military,” Chambas added.

Other recent attacks include the deaths of two French soldiers on July 1 in Gao, Mali, where terrorists attacked a column of French and Malian soldiers. A car filled with explosives was used in the attack. On November 6, it was reported that during an operation in Mali, French intelligence services killed the leader of a group associated with al Qaeda. On the same day, Islamists in Burkina Faso attacked an armed convoy of Canadian mining company Semafo, operating in eastern Burkina Faso, killing at least 40 people. Niger also regularly suffers from terrorist attacks, the Tillaberi area bordering Burkina Faso, for example, being a frequent target. On December 10, more than 70 soldiers were killed in there an attack which was later claimed by ISIS. On December 25, 14 soldiers were killed in a terrorist attack in the Sana’ame commune.

Why is the situation only becoming more and more destabilized given the presence of France and the UN? Despite the presence of 4,500 French troops and the reinforcement of the armies of Niger, Burkina Faso and Mali, the region continues to suffer from jihadist attacks.

The rise of Islamism in Africa

Africa is still perceived by many as a resource base. For example, Mali is essentially an artificial colonial state in which historically conflicting ethnic groups live. The country itself is contradictory, given the strong internal cultural differences and the different interests of numerous groups (including Tuareg, Islamist Arabs and many others). For example, in 2012-13, the country was engulfed in a rebellion of the Tuareg (Sunni Muslims who preserved pre-Islamic traditions), who at one point even entered into negotiations with the Islamists. It is not possible for local authorities to combine these patchwork communities into a single state with a common ideology and strategy.

Against the backdrop of domestic economic and political instability, Tuareg activism and external colonialist interventions, a special Arab-African Islam is emerging on the African continent, gradually embracing the South.

Gold fever and deals with the devil

Given the fact that the population cannot rely on the authorities and police to share the country’s extracted resources, it is increasingly common in Mali for local Islamist groups to negotiate protection. Jihadists take gold for protection and sell it to smugglers who then trade it in northern Africa, where the gold is taken to the UAE, Saudi Arabia, Turkey and even Europe and China.

When the former French colonies in the Sahel finally began to gain independence, a new problem emerged: the authorities in the countries themselves became engrossed in corruption and simply began to sell off national wealth for their own interests. The Islamists took advantage of the moment to gain the trust of the deceived poor Africans. In the course of numerous coup d`etats, revolutions and wars on the continent, Islamist militants only strengthened their position by offering clear rules of the game to the population.

Thus, the terrorists in the region have increasingly strengthened their power: they have begun to replace state structures and take control of gold mining. If they were previously more interested in kidnapping and killing, now, having become a kind of criminal authority, they are engaged in more profitable business. In the eyes of many locals it is a “good deal,” given that millions of Africans working for jihadists have regular income. For example, al Qaeda trades in northern Burkina Faso, Niger and Mali, while Ansar Dine jihadists have seized mines in eastern Burkina Faso. Some groups have even infiltrated Côte d’Ivoire. Thus, there is more confidence in “honest bandits” than in official governments. Given growing pan-African sentiment, one can also recall that there is a growing hatred of the French and Western colonialism in general.

This is not limited to the problems of Africa. Increased migration, as well as the threat of terrorism, has also triggered light drug trafficking in the Sahel region. In the event of increased destabilization, chaos will also spread to neighbouring countries beyond the Sahel.

The consequences of colonialist policies

What is happening is the consequence of French colonial policy in Africa, as well as a deep misunderstanding of the internal situation – ethnic, religious, etc. France intervened at the very moment when it was dealing with the loss of its former influence (especially when the Tuaregs rose in Mali on the one hand and Islamists on the other, and nothing could be done about it) – since 2012. The official reason was the “war on terror…”in fact, it was an attempt to preserve access to resources and retain its infrastructure.

The situation was partly provoked by the Arab Spring and the Libyan war (all fomented by the US), when radical elements penetrated deep into the African continent. Gradually, the militants began to attack army posts with impunity, steal equipment and destabilize the situation.

In December, President Emmanuel Macron proposed withdrawing French troops from the Sahel. The experience of France since 2014 shows only negative results, and in this regard, there is a growing tendency to say that it is time to learn to negotiate with the Islamists.

The policy of French hegemony has long been ineffective. Other countries refuse to get wrapped up in the consequences of France’s misadventures – Germany, for example, refused military assistance after two requests from Paris. On January 13, representatives of the countries of the Sahel region will meet in France, and Macron will be faced with some difficult dialogue.

Perhaps it’s time for some unexpected twists and turns– since the Europeans have been defeated, will new strong players come on stage in this chaos? Perhaps it is time to instead look toward those world powers who advocate for a multipolar world and take into account the diversity of cultures; those who support win-win economic strategies and are prepared to offer Africa a chance to form its own, unique geopolitical pole.

It is worth recalling that Africa already has many potential (and relevant) partners – for example, during the Russia-Africa summit, the G5 Sahel countries appealed to Moscow for help. Turkey also has a chance to develop a multipolar world and profitable trade in its interests. In addition to the economy, the countries are united by the fact that they are fighting against Phaetos in Senegal, including Ankara, which allocates money for the fight against terror.