“Internal dynamics” or “external influence” in the Arab world? 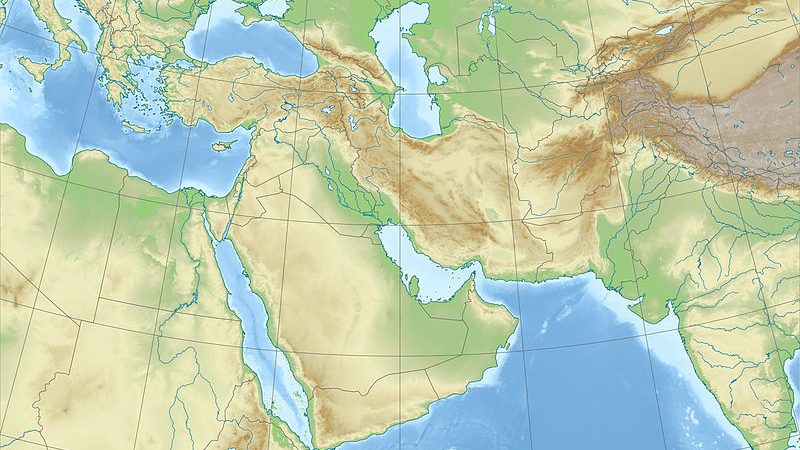 Two different viewpoints have been prominent in analyzing the weeks of mass protests in Iraq, Lebanon and Algeria:

There is relevant information regarding both viewpoints that should be kept in mind in analyzing the situation.

Before starting the discussion about whether “internal dynamics” or “external influence” is behind the recent unrest, it is important to underline an important point about the Arab world in general: It is not possible to talk about a single “Arab World” due to the historical development and socioeconomic differences of the Arab countries located in the Middle East and North Africa.

At the same time, it cannot be denied that there is a strong link between Arab countries as a result of common language and religion.

THE ISSUE OF NATIONALIZATION

Before we fall into the trap of generalizations and reductionism, it is important to note that there are structural problems in the countries where these actions are taking place.

What exactly are these structural problems?

The Lebanese and Iraqi constitutions were written with the guidance of invading forces and are made up of articles that emphasize and institutionalize ethnic and sectarian differences in these countries.

In both of those countries, the heads of legislative and executive institutions are chosen according to their ethnic and/or sectarian affiliation. As a result, various minority groups living within the countries’ borders have been prevented from becoming a nation.

In Algeria, although French-style nation-state principles prevail, the process of nationalization remains incomplete due to secularist hesitation. There are also problems related to the integration of “Berbers” living in the Kabylie region.

An incomplete process of nationalization has resulted in structural problems in all three countries. When the protests are examined, especially in Lebanon, it becomes clear that the situation is deeply affected by the contradictory relationship between the idea of a singular nation and these ethnic/sectarian divisions.

#LebanonProtests march towards the U.S. embassy in Awkar demonstrating against the blatant U.S. interventions in Lebanon’s internal affairs.The Palestinian flag was raised above the barb wires in front of the embassy in support of Palestine and the resistance.
Video from @Mulhak pic.twitter.com/sZG9hwIY1Q

AWAKENING FROM THE SHOCK DOCTRINE

Aside from these broader structural problems, these countries are plagued with serious economic irregularities. In this regard, it is useful to remember Naomi Klein’s concept of “the Shock Doctrine”, an international relations strategy that American imperialism has mobilized to push its agenda across the world.

The neo-liberal economic program of the Chicago School, pioneered by Milton Friedman, advocates limiting state intervention in the economy and opening the door to privatization. This outlook became the guiding economic principle in the US and UK in the 1980s by Ronald Reagan and Marget Thatcher respectively.

Western imperialist armies carried out military operations against numerous world leaders, political groups and states who rejected this program of international capital, imposing Neoliberalism on them by force.

The overthrow of democratically elected Socialist President Salvador Allende in Chile on the 11th of September 1973, the 1980 coup in Turkey and the dissolution of Yugoslavia are perhaps the most prominent examples.

Iraq was also subjected to the “Shock Doctrine” after US occupation. According to the World Bank, 25% of the Iraqi population live on or near the poverty line, while nearly 40 million Iraqis live on only $6 a day. Ethnic and sectarian factors play a role in the distribution of oil income in Iraq, a country which has a federal system.

Friedman’s doctrine was at play in the civil wars and occupations of Lebanon that destroyed the country’s state institutions. Today, a quarter of the country’s population lives near the poverty line.

The state losses has lost most of its power in this process, while small groups  of economic elites who work in cooperation with international capital have seized control. These groups are often masked by their ethnic or sectarian affiliations.

Algeria managed to survive a similar process despite the chaos that resulted from the bloody civil war provoked by imperialist powers. It did so by maintaining unity thanks to the National Liberation Front which had successfully fought French colonialism.

However, ever since then, corruption and decay have flourished. A narrow clique has come to dominate the country ever since it gained independence in 1962.

THE ROLE OF IMPERIALISM

The emphasis on economic crisis and corruption in the demonstrations in Iraq, Lebanon and Algeria can only be understood when all of these factors are taken into consideration.

To summarize, the structural problems in the socio-economic areas in all three countries have led to social inequality and economic stratification.

In these countries, a core of rich elites working in tandem with international finance-capital holders (who have seized the majority of these nations’ natural wealth) has an incredible amount of power and a strong influence on government policy.

The recent protests have by and large developed in opposition to these elite groups and their policies.

Looking back at the historical causes of these problems, it is clear that imperialism (which Lenin described as “the highest stage of capitalism”) is still a predominant factor.

However, it is at the same time a result of these countries’ leadership to manage their governments that has created a basis for the influence of imperialism to gain a foothold, as well as a lack of alternatives to Western capitalism and worsening economic injustice.

Pretending these problems are purely a result of “external powers” could result in us overlooking the mistakes and structural problems of these governmental systems. Both factors are relevant to understanding the current unrest.