Mass unrest grips Iraq: the how and why 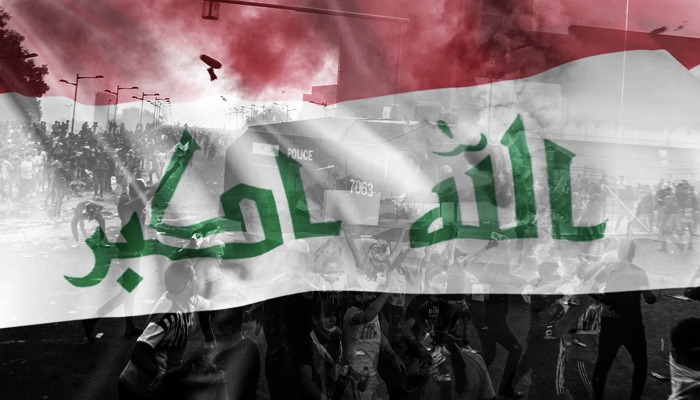 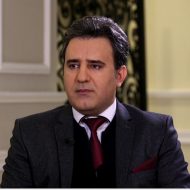 Over the last month, Baghdad and several Shiite-majority cities in Iraq have been affected by popular protests against the government. The demonstrations provoked a heavy reaction from security and paramilitary forces, leaving dozens dead. This article examines the cause of Iraqi protests, the demands of protesters and the perspectives for the future of Iraq.

On the eve of the massive planned protests, Locals in Babel province, Iraq kicked out the governor and the trade minster while chanting “ The people want to down the system” #iraq pic.twitter.com/qrHgwmUdTx

HISTORY OF PROTESTS IN NEW IRAQ

Needless to say, this is not the first time that Iraqis, and in particular a large part of those residing in the capital, have taken the streets in protest. The most significant mass political action took place in 2011 when Prime Minister Nouri al-Maliki was in power. The protests repeated in 2012 and 2013, with significant numbers losing their lives each time. However, with the rise of ISIL in 2014 and the radical changes in political and security developments that came with it, there was no longer a possibility for large-scale demonstrations for some time. However, in 2017, the streets of Baghdad, Basra and several other cities have once again become the scene of mass protest. Clashes between security forces and furious people are common occurrences. In the course of the protests, demonstrators have symbolically seized the parliament and other government centers. Protests took place in 2018 and 2019 as well, this time including more Iraqi Shiite cities. The violence in Basra was particularly extreme.

GOVERNMENT INACTION IS AT THE HEART OF THE PROTESTS

The main reason for the protests in cities across Iraq is the inability of the government to carry out its essential duties. The level of civil, service and developing economic projects is still extremely low. The government has been unable to address problems with the power supply which has been disrupted since 2005. Drinking water, cleaning services and unemployment are among the many problems facing the Iraqi government, the crisis being particularly acute in major cities.

Iraq, despite its economic deficiencies, has significant resources and significant oil reserves, something particularly important given increased oil sales and the country’s relatively low population.

The widespread and systematic corruption in Iraq, lack of experts in key posts and lack of adequate or efficient planning have swiftly depleted the oil revenue. Over the last two decades, Iraq has always been among the top three countries in corruption indexes. Critical security concerns and inequality are also important indicators of the government’s failure.

WHY IS THE IRAQI STATE SO WEAK?

Although the government in Iraq is democratically elected, the Iraqi people are frustrated with ballot-box politics, which is why the last Iraqi parliamentary elections saw a historically low turnout. But why?

Four prime ministers have come and gone since 2005, but these changes had virtually had no impact on the lives and livelihoods of the Iraqi people.

It appears that the new Iraqi statesmen have not yet succeeded in carrying out a transition, either at the macro or micro levels, nor offered a relatively stable system like the former Ba’athist regime. The removal of most officials and executive officers from the former government has led to numerous vacancies in the country, but the new generation of young and educated Iraqi leaders have failed to take their rightful place.

THE IMPACT OF THE ‘NATIONAL UNITY’ MODEL ON THE IRAQI STATE

Politics in Iraq are heavily affected by religious and ethnic identity. The presence of Shiites in the center, south and west of the country, Sunni Arabs in the northwest and center and the Kurds in the north and northeast are bitter from the experience of 80 years of Sunni Arab minority leadership over Iraq, which has since led to political agreements between these diverse groups. The new Iraqi government is firmly resolved to prevent any one group from assuming control.

A model of associative democracy has been created in Iraq which might otherwise be called ‘quota democracy’. According to this model, key posts are shared by Shiite Arabs who consist of 60-65% of the population. On the other hand, the presidency and several ministerial posts are currently held by Kurds, while the speaker of parliament and several ministry positions are occupied by Sunni Arabs. The situation has severely complicated the political equation in Iraq.

#US losers not welcome to #Kurdistan #Iraq
Never again kurds will trust US pic.twitter.com/XK2hDQ6LTc

However, this is only part of the political complexity in present-day Iraq. None of the groups listed above have complete or even relative sovereignty: each participates in elections with multiple coalitions and political currents. Since no such party or coalition can win the election without the help of another party in the pluralistic environment, the parties must work together to form a government.

In all four periods, Iraq followed the model of a national unity government with the participation and presence of the majority of currents and parties. The multiplicity of these parties makes the state virtually devoid of planning and coordination. In national unity governments, the majority of parties must be satisfied, and when each party has its own goals and interests, the government can easily become paralyzed. This is a crucial factor in the current situation in Iraq.

WHAT DOES THE FUTURE HOLD FOR IRAQ?

The current protests are predominantly a result of the inability and inadequacy of the Iraqi government, a situation which is deeply informed by the political and historical situation in the country, the corruption of the government, the conflicts between various ethnic and religious groups in the country and the presence and interference of various regional powers. These issues have held the Iraqi government back from effective or positive governance. As a result, the political situation in Iraq is expected to remain in an unsolved deadlock for the medium term, leaving the country prone to periodic mass upheavals.