Brexit and British influence in Africa 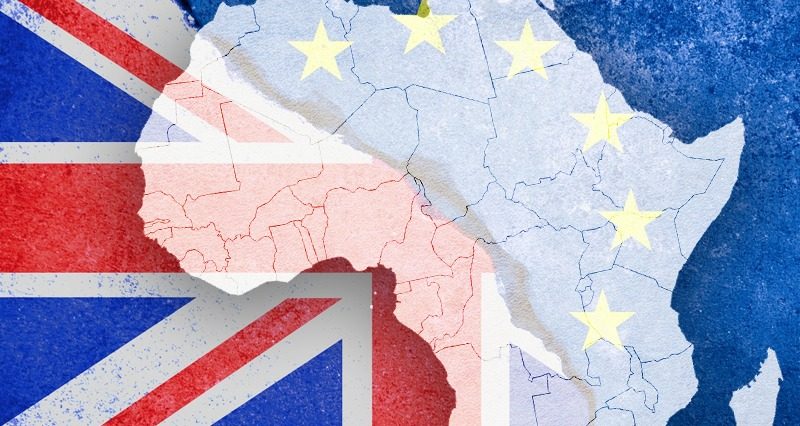 October 31 is the date when Great Britain is scheduled to withdraw from the EU. No matter how opponents of Brexit delay the move, sooner or later it will take place. Exiting the EU entails a lot of problems for the political elite, but most crucially it represents the possibility of London making a serious geopolitical shift.

For the past 3 years, the British elite have been using the concept of a “global Britain” to describe the country’s role in foreign policy. First mentioned in National Security Strategy and Strategic Defense and Security Review in 2015, the concept has since evolved into a major pillar of post- Brexit strategy. In a changing world, the UK elites believe the UK should be “leading the world as a force for good ”.

In place of its previous euro-centric foreign policy, wherein the UK was torn between a pro-US orientation and attempts to defend its independence from the Franco – German continental core, the new strategy will be at once  more globally oriented and more isolationist. This new orientation will differ from the classic concept of “Splendid isolation” in that Britain wants to be self-sufficient, an “island” separated from continental Europe, but also connected by global networks with other regions of the world.

The protests in Hong Kong, where the British have played a major role, demonstrates the concept’s central tenant: the restoration of ties with former colonies. Britain, in wedging itself into the US-Chinese confrontation, is demonstrating that, at least at the level of the protest’s symbolism, it can have a significant impact on one of the world’s most important global financial centers (The city is a partner, but also a competitor of London). There is reason to believe that similar attempts to strengthen control over former colonies will be made in other regions of the world in the near future.

#HongKong protesters keep throwing the petrol bombs even when there were a bus of passengers nearby. pic.twitter.com/KXbQuJR16f

Most of the former British colonies (and not only them) are members of the Commonwealth, including a large part of Africa ( 19 out of the 54 African Countries). In May 2019, the UK’s trade commissioner for Africa, Emma Wade-Smith, said that in 2022, London will be one of the largest investors in Africa among the G7 countries.  She repeated this commitment on September 14 and announced that the Kingdom plans to host an Africa investment summit in January.  Last year, UK-Africa trade increased by 7% to a total of £33.1 bn.

In 2018, Theresa May visited South Africa, Nigeria and Kenya citing the need to strengthen UK-Africa relations and to “continue to work together to maintain stability and security.” In preparation for more intensive engagement with African countries, the UK plans to expand its diplomatic presence in Kenya, Nigeria and South Africa, Africareport adds.

Some British analysts share the idea that Brexit presents an opportunity for the UK and Africa to negotiate more favorable trading terms. The same idea is shared by Morgan Philips Executive Search, which says that Nigeria (the largest economy on the continent and global oil producer) could become a major post-Brexit ally for the UK.

In September of this year, Britain initialed an agreement on trade after Brexit with the Southern African Customs Union (SACU) (South Africa, Botswana, Lesotho, Namibia, and Eswatini) and Mozambique; there are also plans to establish similar agreements with other African governments and the African Union itself.

Despite the pleasant words about mutual benefits, the trade agreements promoted by the UK undoubtedly favor the British economy, turning African countries into a source of raw materials while at the same time pumping out intellectual resources.

It is control over mineral resources that British companies are mostly interested in. Around 100 companies listed on the London Stock Exchange, most of them the British, are engaged in the extraction of raw mineral materials in 37 sub-Saharan African countries. They control over US $1 trillion worth of Africa’s most valuable resources (gold, copper, platinum, coal and diamonds).

As the UK Army’s website states that “outside the UK, the largest number of UK Armed Forces deployments are currently training or on operations in Africa.” Officially, the main goal of British troops in Africa is peacekeeping and counter-terrorism. At present, the UK has land troops in Nigeria, South Sudan, Somali and Kenya. In 2020, London plans to send about 250 troops to Mali, where this year about 100 servicemen of the RAF and a number of helicopters have already arrived.

Among the “secret” deployments of British troops, the British press has mentioned Libya in 2016. British special forces are still there based in the territory controlled by the GNA of Faiz Sarraj. In May 201,9 the year this fact was reported, an SAS unit was evacuated by the RAF in Libya  following the rapid advance of Haftar’s troops. There is not information to indicate that the SAS has left altogether.

Last year, the Commander of the British Peace Support Team (Africa) (BPST (A)  Colonel Geoffrey Minton declared that Britain is in “in competition with China” on the continent.  BPST (A) is engaged in the training and preparation of the armed forces of African countries (a total of 93 peacekeeping and security courses across the continent). The pretexts under which the British military has established its presence in African countries varies: in Uganda, for example, it trains government forces to fight terrorists, in the Democratic Republic of the Congo it teaches self-defense courses for civilians and in Malawi it is engaged in counter-poaching operations to save wildlife.

The Army has permanently deployed teams in Africa like @BPST_A building strong and enduring relationships with our @_AfricanUnion and @UN partners to promote stability. @UKinUganda @UKinZambia pic.twitter.com/vhdiNkE3W6

British Private military companies which are closely associated with the British armed forces are also very active on the continent.

Another British PMC, Aegis Defense Services, says that it operates in 18 African countries including Angola, Niger, Nigeria, the Democratic Republic of Congo and the Central African Republic.

After the overthrow of Muammar Gaddafi’s government in Libya in 2011, G4S was one of the first private companies to show interest in working in the country. Among the other British PMCs operating in Libya are the Control Risks, Olive is Group is, AKE, the Blue Mountain and Sicuro Group.

There have also been reports that former members of Executive Outcomes, the leading private military company of Africa in the 90s, are fighting in Nigeria against Boko Haram. The company has hired veterans from South African forces, but has also been associated with the British government. 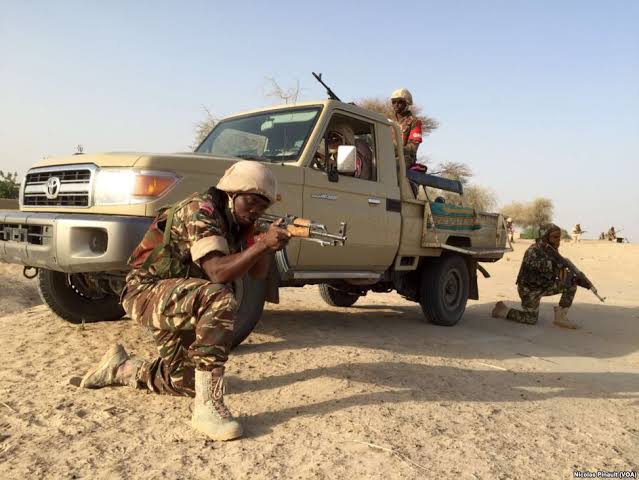 Ever since the 2016 referendum, the UK has been increasing its diplomatic presence in Africa. In 2018, Theresa May announced that the United Kingdom would open two new embassies in Chad and Niger and will increase the staff of the embassy in Mali.

The UK has also reopened resident High Commissions in Lesotho and Eswatini, and, in May 2018, it appointed its first ever resident Ambassador to the Islamic Republic of Mauritania.

In June 2018, the UK’s Minister for Africa Harriett Baldwin declared that Great Britain “at the end of this process ” will have “more offices across Africa than any other European country. ” The current Prime Minister, Boris Johnson, while serving as the Minister of Foreign Affairs in May’s cabinet, visited more African countries than his predecessors.

Visits of this kind demonstrate the UK’s willingness to the Royals as an instrument of Soft Power. Britain is expanding its use of soft power tools alongside other political mechanisms in the region. A characteristic example: in Libya, one of the most obvious UK Soft  Power instruments, the British Council, resumed its activity in 2011 shortly after Gaddafi was overthrown.

In addition to the grant system, education programs in the UK or various types of “assistance,” London’s political influence is also based on the interaction between intelligence agencies and various emigrant groups from African countries. Again, Libya is a characteristic example. In 2011, MI -5 encouraged domestic extremist Libyan exiles to go fight against the government. The rebels were even trained by the former SAS. The banner of the Kingdom of Libya during the Senussi dynasty, which was created by the British, as well as the portraits of King Idris I, emerged among the protests.

Although the monarchists in Libya do not represent a serious political or military force, they held a series of events with the participation of prominent representatives of the Cyrenaica elite. Despite their limited influence, it is important to note that statements about the need to restore the monarchy in Libya are still being voiced.

A solution to the problems of this war torn country need to be discussed in the international arena sooner or later. It is worth remembering that the main contender for the Libyan throne, Mohammed El Senussi, currently resides in the UK. Other members of the royal family are also closely connected with London.

In preparation for Brexit, Great Britain, its politicians and analysts are paying serious attention to building relations with African countries. London will be trying to strengthen the economic dependence of African countries and will reinforce its already heavy military presence. We will likely see the emergence of new units of the British military and PMCs in various hot spots throughout the continent. The political influence and the activities of the special services working at embassies will also intensify.

Brexit will undoubtedly conflict with the intentions of other countries hoping to expand their influence in Africa. It will also affect those countries trying to challenge the liberal world order (such as Russia, China and Turkey) which Britain resolutely defends.