The Storm Inside the AKP Shows No Signs of Calming 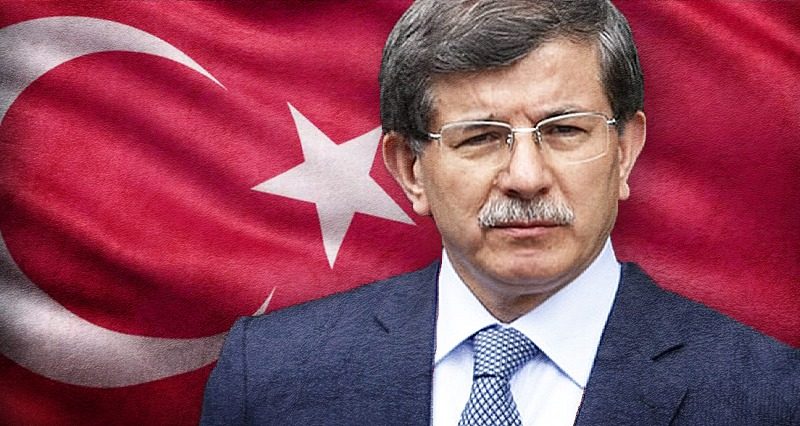 Following in the footsteps of ex-Minister of Economy Ali Babacan, who left the Justice and Development Party (AKP) and announced his intention to create a new party together with ex-President Abdullah Gül, former Prime Minister Ahmet Davutoğlu has also announcing his resignation.

Davutoğlu and his team, pre-empting the start of a process to expel them from the party, announced they would be leaving the party. The former-prime minister sharply criticized the leadership of the party, and promised to “create a new political movement.”

WHY DID DAVUTOGLU QUIT?

According to information from within the party, a team of AKP “trolls” was conducting campaigns against Davutoğlu and his inner circle. Davutoğlu’s allies had also been removed from active posts in the party.

Davutoğlu’s promise to start a new political movement is far from idle: he has already held meetings with the electorate in many provinces to find out what his level of support is among the population. During these meetings, the former prime minister began to criticize the party, arguing that “the AKP has departed from its ideology and principles, and that the party’s leadership is being dominated by a group of trolls along with Minister of Finance and Treasury Berat Albayrak and his brother.”

In connection with these events, the AKP leader launched the initial process to expel Davutoğlu, a man who had served as the 26th Prime Minister of Turkey at the party’s head.

IS THE AKP’S POSITION WEAKENING?

Ali Babacan and Davutoğlu set one new goal in creating their new parties – siphoning away the votes of the population in order to weaken Turkish President Recep Tayyip Erdogan’s position in the coming presidential election. To win the presidential race, a candidate needs to get over 50% of the vote. Therefore, even a few influential figures leaving is enough to put Erdogan and the AKP in a difficult position.

At the same time, there is an opinion behind the scenes that the main player in this process is not Davutoğlu, but Ali Babacan. Many are confident that the new party that Babacan created with the support of ex-president Abdullah Gul will win over a significant percentage of the electorate.

DAVUTOGLU’S TEAM LEAVES WITH HIM

Along with with Davutoglu, ex-deputies Selçuk Özdağ, Ayhan Sefer Üstün and Abdullah Başcı, as well as the ex-head of the AKP branch in Istanbul, Selim Temurci, left the AKP. At a press conference in his office in Beysukent, Davutoğlu announced his intention to create a new political movement.

He invited “all segments of the population” to join the new party. Below are Davutoglu’s statements about why he left the party and his criticism of AKP leadership:

“IT HAS ALREADY BEEN DECIDED”

“In the past, I have come before you on various occasions as a scientist, adviser, minister, chairman, prime minister… but I would never have imagined that one day I would come before you to leave the party, the party for which I have done so much, but it seems it was destined to be so. 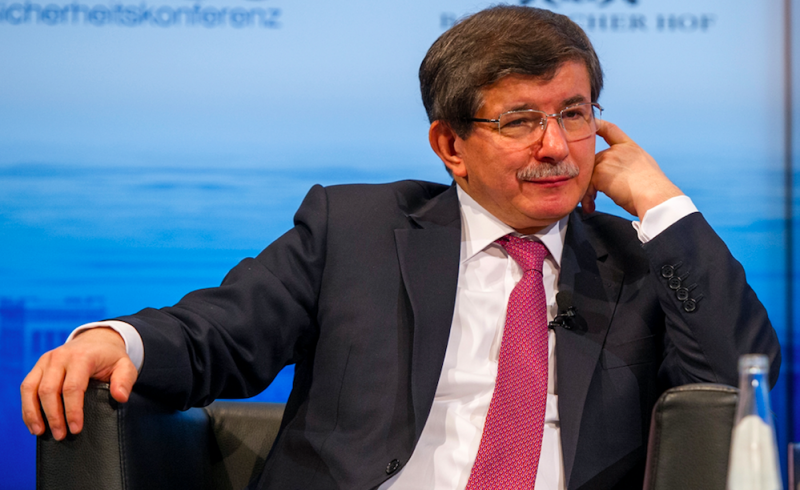 THE PARTY HAS DEPARTED FROM ITS PRINCIPLES

Last month, the AKP turned 18 years old. The political strategy of the party was best reflected in its three missions – leading the fight against prohibitions, corruption and poverty. However, in recent years, the AKP has moved away from those values, rhetoric, and politics, which at one time found favorable response among the people. In all areas, from justice to development, problems began to appear. The priorities, rhetoric and policies of the AKP leadership have changed.

The basis of democratic politics is a diversity of opinions and the possibility of expressing different points of view. Political parties can maintain their democratic wealth only to the extent that within them there is the possibility of a productive exchange of views. In the event that this wealth cannot be maintained, parties lose their inner dynamism, the ability to freely think and give birth to ideas.

From the day I resigned as party chairman, I regularly sent written and oral recommendations and constructive criticism to senior party representatives regarding the intra-party flaws, mistakes and difficulties that I observed. Despite the fact that our advice was not taken into account in any way, for 3 years I did not speak to the public.

Why, therefore, did I begin to actively express my position and voice my constructive criticisms after April 22? Because the AKP lost the March 31 elections to both its rivals and the party with which it has formed a coalition.

NAMES DO NOT LIVE IN VIDEOS, BUT IN THE HEARTS OF PEOPLE

We set ourselves the goal of calling for a responsible approach to the current leadership of the AKP, which has moved away from its principles and original political mission. Our goal was not to sow the seeds of discord, to divide and weaken the party, but rather, to become a kind of mouthpiece of the discontent observed among ordinary party members and the electorate, to identify the potential for updating the party based on its basic principles and priorities.

In our statements, we did not insult anyone and used exclusively respectful expressions, such as “our party, Mr. President, our business, our future”– in response, we were accused of betrayal, incitement and provocation, and began to receive open threats of retribution.

Even more tragic is the fact that they tried to erase from history the period from 2014 to 2016, hoping that they could make us forget our own names. Perhaps they do not understand that the names of sincere people do not live within the frames of videos but in the heart of the people. This ungrateful and unworthy position did not matter to us. However, there is a truth forgotten by communities that do not have a historical vision and experience: when people try to force forgetting, history itself becomes blurry.

THE POSITION OF AKP LEADERSHIP

The party leadership, which could not refute our fair remarks in any way, instead started the process of our expulsion from the party. We waited with great interest to hear the reasons that would be used to justify this step. The text of this decision, one which would undoubtedly be difficult and entail great responsibility in any party, ended up offering no concrete justification, moreover, it contained untrue statements, inconsistencies and was prepared under extremely unfair conditions.

The accusations brought against us are an open demonstration of the fact that the AKP leadership is divorced from reality and its basic principles, and that it is not even able to conduct a full-fledged process to prepare the evidence to justify its decisions.

The conscience of the AKP lies not among the individuals whom they wanted to exclude, but those values ​​that were the essence of the AKP as a political structure, and the masses of people who worked for years to maintain these values. Those who think that these decisions on exceptions can be saved from internal party criticism, over time, they will even more deeply feel the pain of separation from good conscience.

The party, having begun the process of expelling us, has essentially launched the process of the dissolution of the AKP itself, along with the basic principles, goals, objectives and the political and social center on which it was formed 18 years ago.

THE PARTY HAS BEEN UNDER THE CONTROL OF A NARROW INTERIOR

It cannot be expected that a structure that has closed itself off from healthy constructive criticism and any political dialogue will benefit the people and be able to develop a new approach and strategy for the future. The AKP, the leadership and political views of which have come under the control of a narrow layer, has no resources or possibility to lead Turkey to a better future, to solve the problems of our country and people.

Obviously, the process that we are observing is not a legal one, carried out within the framework of the Party Charter, but a scenario, the result of which has been prescribed in advance. In this regard, in order to rid the devout electorate of the AKP of sadness at the sight of expelling its chairman from the party, who, together with the people, fought shoulder to shoulder in the course of two election campaigns and experienced the greatest pride in receiving the highest democratic history of the percentage of votes. I resign from the party, for the benefit of which I worked for many years… However, I do not say goodbye to the devoted members and the electorate of the AKP.

WHAT WILL THE NEW PARTY BE?

The signs may change, but values ​​that give meaning to our life and struggle remain the same. Party activity makes sense only to the extent that it serves these values. We will continue to be the spokesmen and advocates of these values ​​and principles.

We want to create a democratic order built on respect for human rights and global values, in which prohibitions and corruption are fought, in which freedom of speech, religion and the press are not restricted, the rule of law is recognized and cronyism and mutual responsibility are condemned, in which openness is present at all levels and in all spheres, family values ​​are preserved and honored, and the main measure of social and political life is virtue, in which women feel safe and play an active role in all areas, in which there is an effective and modern educational symmetry which makes it possible to educate strong and physically, emotionally, and psychologically healthy young people, in which the benefits are distributed fairly in society, rather than accumulated in the hands of certain individuals, in which the laws of free market and competition apply, in which there is peaceful and humane diplomacy, and in which new generations look to the future with hope and confidence.

WE INVITE THE ENTIRE POPULATION

The creation of a new political movement based on these basic principles is not only a historical obligation, but also our obligation towards the Turkish people. As part of this effort, we invite representatives from all walks of life to come together and work together with those who feel responsible for the country’s future and those have ideas to help improve it.