Safe zone in Syria, Trump and the Taliban, Maduro vs. Guaido 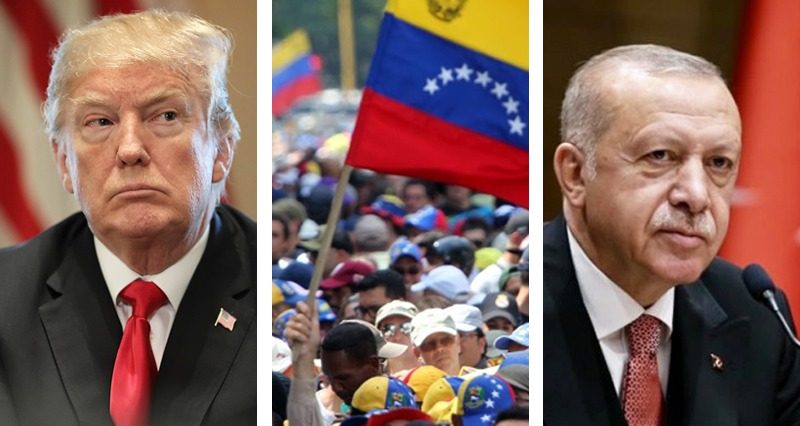 On Sunday, Turkish President Tayyip Erdogan accused the United States of attempting to use the creation of a security zone in northeastern Syria, not for Ankara’s sake, but in order to protect the Washington-backed Syrian Democratic Forces (SDS) operating in the area. Turkey sees the SDS and the Kurdish units of the People’s Self-Defense Force as terrorist organizations.

In response to the US’ efforts, Erdogan again threatened to create the security zone east of the Euphrates River unilaterally: “If the security zone in Syria is not created by the end of September, then Turkey will have no choice but to do it on its own.”

Trump and the Taliban

US President Donald Trump has canceled peace talks with Afghan President Ashraf Ghani and leaders of the Taliban.

Earlier in the week, Trump published a series of tweets wherein he announced he was pulling the plug on preparations for the meeting after an explosion in Kabul killed 12 people, including members of the US military.

The Taliban condemned Trump’s decision, saying that American interlocutors had already reached an agreement with them at earlier talks in Doha. Both sides had agreed to meet on September 23 to discuss the transition to the next stage of the peace agreement, which would have included negotiations with other Afghani parties.

The Venezuelan prosecutor’s office has launched an investigation into possible criminal activity by the Washington-backed self-declared interim president of the country, Juan Guaido. The government claims that Guaido’s staff had planned to abandon Venezuela’s “historical claims” to a disputed territory, negotiating to transfer the region to neighboring Guyana without the consent of the proper authorities or the rest of the country. On September 6, Attorney General Tarek Saab suggested that the action was tantamount to high treason.

Read more about the ongoing crisis in Venezuela and Guaido’s destiny – https://uwidata.com/5251-guaido-on-the-verge-of-imprisonment-why-does-the-us-have-its-eye-on-essequibo/