Turkey and China One Road One Belt Project 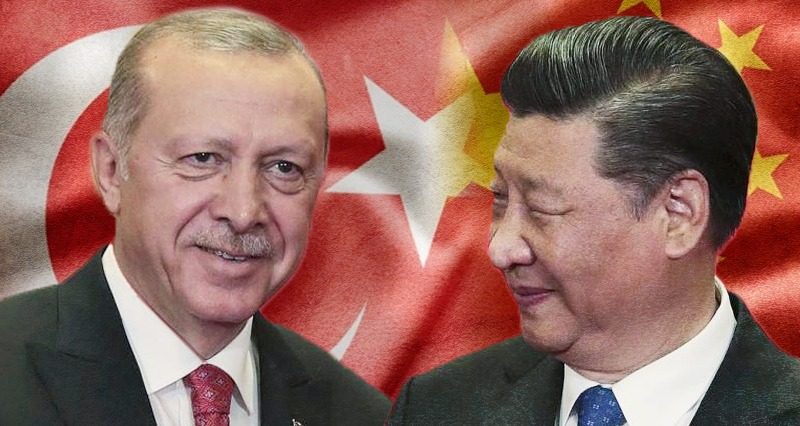 In recent years, thanks to the development of Turkey’s transit fleet and the emergence of a vibrant and active private sector in this sector, Turkey has been able to take a fair share of the road transport market with the countries of the region by creating competitive advantages.

Turkey and the Modern Silk Road Project is an important initiative in terms of growth and development of strategic partnership and political relations with China. Turkey needs new investments in the growing economy, and this project is a great opportunity for Turkey. Turkmenistan, Azerbaijan, Georgia and Turkey are considering investing in the development of their railways and rail infrastructure and despite the numerous problems and costs of transshipment of Caspian cargo, continuing to focus on reducing total transportation costs and providing value-added services to customers.

Turkey’s geopolitical position on the planned path makes it valuable in this new project. The “One Belt, One Road” project will facilitate transportation and allow products of Turkish origin to reach China more easily. This is expected to compensate for the difference between the trade in exports and imports with China.

Erdogan in his current visit to China, met with President Xi Jinping, and assessing the bilateral relations between Turkey and China emphasized that Turkey and China have great responsibilities in the period when a new global system is under way. Referring to Turkey’s high support for the development of the road and the belt (economic silk road), added: “The cooperation that has continued among our countries for hundreds of years now also involves the development of a belt and a road. Under the leadership of Mr. Xi Jinping, it will be strengthened and will continue.” 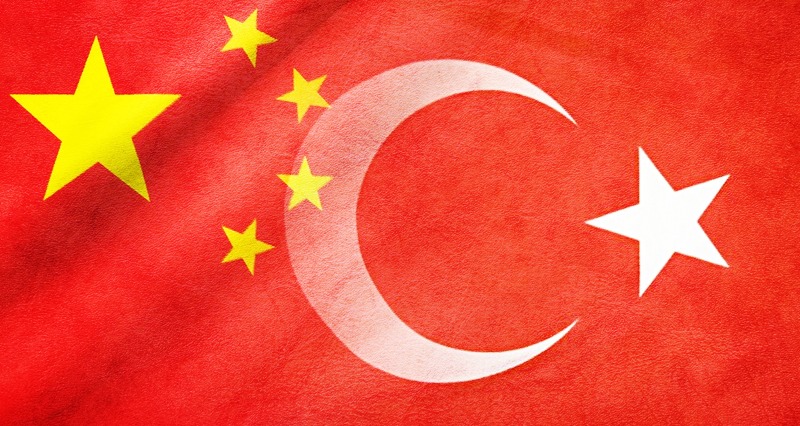 Erdogan in his visit to China asked to increase trade volume, Referring to the fact that the volume of trade between the two countries reached $50 billion in the first phase, and in the second phase $100 billion in other goals, Erdogan emphasized: “In this regard, Chinese businessmen have to invest in our country as a connecting point of Asia and Europe and the heart of the project will invite a belt of a road. The world now faces serious global threats. Threats to the free trade system are a threat to the global economy, given the depth of the globalization of the economy. These threats, which are the product of the unpopularity of life, also harm international peace and stability. ”

Turkey President Recep Tayyip Erdogan, in a paper entitled ” Turkey, China share a vision for future ” published in the China-based newspaper The Global Times, stated: “Turkey and China need peace in the world, maintaining security and stability, encouraging multilateralism and continuing free trade have a shared vision of the future.”

Erdogan wrote: “Turkey and China have been having good economic and cultural cooperation for hundreds of years despite being geographically far away. The Chinese and Turks, as the owners of the two ancient civilizations in the easternmost region of Asia, and the other in the westernmost region of the continent, were committed to preserving the historical way of the Silk Road in developing commercial and cultural exchanges for humanity. ”

Having enjoyed an upward trend in their bilateral economic ties in recent years, the two countries are committed to further improving current potential, particularly in investment. Namely, China is looking to double its investments in Turkey to $6 billion by 2021 according to Deng Li, the country’s ambassador to Ankara.

Turkey is expected to rapidly increase exports to China. During the first Chinese International Import Fair held in November last year, Suning Holding Group signed a contract with the Turkish side to purchase 500 million euros. The number of middle-income citizens in China has reached 450 million and demands on various issues have changed completely. High-quality agricultural products such as pistachios and olive oil continue to increase their market share in China. Turkish exporters expect serious opportunities in the market.

Energy is one of the most important issues in this project. Currently, Turkey has a significant position in the region due to the construction of the “TANAP” pipeline and the “Turk Stream” gas pipeline and has become an important energy market in Asia and Europe. Turkey can play an important role on the modern Silk Road by supplying energy from the east to the west.

The Chinese state defines the project as a method of cooperation that will be profitable for all who support a path leading to joint development and friendship by strengthening all forms of sharing. Quanzhou is a very important port and there is a port in Mersin. Our cooperation with the Silk Road project will intensify more.

The first project completed by China for ORB is the Ankara–Istanbul high-speed railway. This project was completed with the co-production of Chinese companies and Turkish companies with loans offered by the Chinese government in Turkey. At the same time the scope of modern Silk Road project Baku – Tbilisi – Kars railway is a project based in Turkey. The project was completed in 2017. these types of projects will reach 25,000 km of railway network in Turkey by 2023.

Thanks to the Baku-Tbilisi-Kars railway being integrated with Edirne-Kars high-speed train, projects with China will be able to transport their goods to Europe much sooner. According to the information given by the Chinese authorities will be reduced to 10 days from a month. Goods from China will be transported to Europe’s most remote destinations in 18 days. Additionally, goods will be transported from China by ship along the “Marine Silk Road Project” to the port in Turkey. For this, the port city of Quanzhou, the starting point of China’s maritime silk road project, will be used.

Concrete cooperation is carried out every day in China and Turkey to provide Turkish citizens with more tangible benefits. Huawei’s data communications and remote services provide services for the villages located in the mountainous area in Turkey benefiting over 500 thousand locals. NUCTECH’s security control solutions and equipment ensure the safe operation of Istanbul’s new airport. According to statistics, some Chinese companies employ close to ten thousand local staff in Turkey.

On the other hand, problems of trust experienced in mutual Turkey-China lead to the formation of a gray area regarding the Ankara-Berlin line. One of the main reasons for insecurity is China’s Uighur policy. The pressure exerted by China on the Uighurs is causing trouble in Ankara.

In China, Turkey is seen as a foreign supporter of Uighurs and China often expresses its discomfort about Turkey intervening in China’s domestic affairs. For example, in 2009 the policies pursued by Turkey due to events in China, Beijing criticized Turkey and the two countries have come to the point of tension. However, as a result of the mutual initiatives by the leaders of both countries, bilateral relations returned to normal in a short time.

In order to exploit the wealth in the region and to oppose separatist movements, the Chinese government has preferred repressive and assimilated politics. This policy may make the Silk Road Project more difficult to realize. China’s practices in the region have also been recognized internationally, human rights organizations closely monitor the situation in the region; international organizations such as the UN and the EU also organize sessions to examine the situation.

The most important is the geopolitical and geopolitical position of Turkey, which alone manages Turkey from the strategic position of OBOR. But if Turkey is just as a pathway to this project, it will be terrible. Perhaps Turkey has taken steps to play a more active commercial and financial role. Turkey earlier this year showed that it intends to launch more aggressive markets with its companies. The merger of companies may indicate that Turkey wants to create important tools to enter the business. To achieve this, China can provide Turkey with better patterns than the West because China’s focus is on business based on its own state-owned companies. Indeed, OBOR offers an alternative model for government-owned business structures that lead to country development.

Turkey has two aspects that can be considered: each of them plays the role of adding to the production of goods that will be traded on the Silk Road. The first is the true path of commodity trade, the other is the flow of finance and investments that accompanies OBOR flow of goods. The link that the Turkish foreign minister pointed out included not only the supply chain and the flow of goods but also the flows of money and investment.

Turkey can play a significant role in this project in a variety of ways, and it seems that both are preparing to have a place in the new system. The final point is that both Turkey and China will play an important role in this order. To the extent that these two countries place themselves in this emerging world of trade and investment, their profits and their importance will be added.

One response to “Turkey and China One Road One Belt Project”