What gift has Iran prepared for Europe on JCPOA? 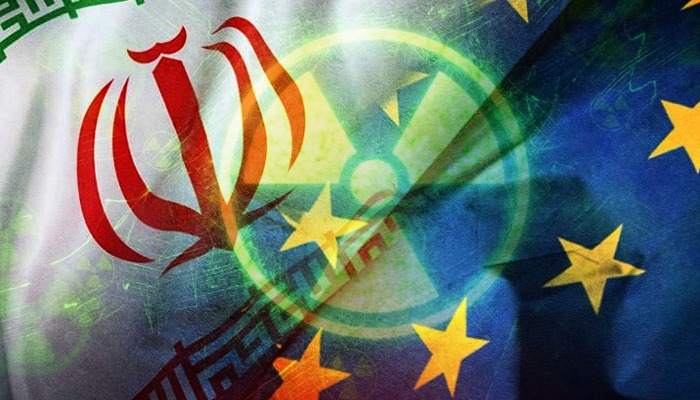 Hasan Rouhani’s ultimatum to Europe for rescuing the Joint Comprehensive Action Plan (JCPOA) has expired and the whole world is waiting to see what Iran will do next – continue observing the nuclear deal or create a nuclear bomb.

Iranian Foreign Minister Javad Zarif has made a statement suggesting Iran will go over to the second phase of the slashing of its obligations under the nuclear deal with world powers as of July 7.

“Iran will start the second phase of reducing its commitments under the JCPOA in two weeks’ time,” he said in a message on June 28, adding that the signatory countries and Ms. Mogherini, the EU High Representative for Foreign and Security policy, had been notified of this decision. Mr. Zarif stressed the upcoming expiry of the two-month ultimatum for European countries and indicated that “we will announce our next step to Mrs. Mogherini and other JCPOA members via a letter.”

As of that moment, Iran’s rhetoric on the nuclear deal has been sharpening one day after another.

It was worthwhile expecting that Iran’s main warning to the EU Troika would imply an accelerated rate of uranium enrichment.

After reducing the level of its obligations under the JCPOA, Iran took two steps, one of which concerned a boost of uranium enrichment, which has so far been confined to the IR1 centrifuge. Now the Iranians have activated the IR6 system. These are the centrifuges of a new level and the step has increased the enrichment capacity, which means that Iran may have accumulated more than 300 kilograms of enriched uranium by July 7. The fact is fairly obvious.

Under the provisions of the JCPOA, Teheran pledged to stay away from enriching uranium by more than 3.67 percent over fifteen years and to maintain the reserves of enriched uranium at a level below 300 kg, while excessive amounts would be sold to other countries or exchanged for natural uranium that would then be delivered to the country.

Following the imposition of anti-Iranian sanctions, however, Washington hoped Tehran would stop the enrichment process altogether but the Iranian government did not agree to it and said enrichment procedures would continue. Simultaneously, it withheld the obligation to sell the surplus amounts abroad.

The second step taken by Iran was the production of heavy water at a special plant in Arak. Earlier, Iran pledged to limit the resources of heavy water to 130 tonnes a year. It used to hand the excessive amounts of the material to Russia, Oman and Kazakhstan, but these countries will not buy it from Iran anymore in the wake of the sanctions and that is why the authorities have revised the limit of the reserve upwards.

Since the EU countries have not taken the expected steps before July 7, Iran will most likely take other measures, as it said in the official letter. The reduction of Teheran’s obligations has included so far the increased output of enriched uranium and the activation of the heavy-water reactor in Arak with China’s aid. Since China has not undertaken any steps in that field yet, Iranian experts will do the job on their own.

European countries said earlier they would honor their obligations under the JCPOA but no practical steps on their part followed. The past year showed the European governments cannot provide their corporations with an opportunity to cooperate, to trade, to do transactions with and invest in Iran. The initial assessment of the situation exposes their overwhelming inability to do anything.

A demand to the European countries to launch INSTEX – a special mechanism for financial transactions with Iran in the conditions of U.S. sanctions – was one of the key terms Hasan Rouhani had included in his ultimatum. One more condition suggested that INSTEX should not confine to transactions involving the commodities unaffected by the sanctions (medicines and foodstuffs) and that it should work in the interests of the Iranian oil industry – the most crucial branch of Iranian economy.

Putting INSTEX on stream has immense importance for Iran, whose authorities think that the Europeans might regain credibility with its aid. Then Teheran would probably take a different stance on the ways of building constructive dialogue on how to handle the U.S. pressure. In addition, INSTEX may give some advantages to the Iranian economy that is affected by U.S. sanctions. That is why the Iranians put stakes on INSTEX as an instrument for opening up the opportunity to sell oil to the Europeans, since oil brings much bigger revenues to the Iranian economy than medicines or foodstuffs.

The Europeans do not have consensus as regards INSTEX and especially as regards the purchases of Iranian oil, although a positive tendency in fulfilling Rouhani’s ultimatum has been noticed.

In the week preceding the expiry of Rouhani’s ultimatum, Helga Schmid, the Secretary General of the European External Action Service (EEAS) told a meeting of the joint commission on the JCPOA that the INSTEX mechanism had been launched.

“France, Germany and the United Kingdom informed participants that INSTEX had been made operational and available to all EU Member States and that the first transactions are being processed,” she twittered. “Ongoing complementary cooperation with the Iranian corresponding entity (STFI), which has already been established, will speed up.”

“They are also working to open INSTEX to economic operators from third countries,” Schmid’s statement read.

Also, the first transaction with Iran was announced by the French Economics and Finance Minister, Bruno Le Maire.

Nonetheless, one should hardly expect that Iran will believe these statements. It needs practical steps and if the problem of oil supplies is not resolved, the Iranians will act more aggressively. The UK, the country that signed the nuclear deal and worked together with Germany and France to establish INSTEX, has undermined trust in the European troika. The incident involving the arrest of the Iranian tanker by British marines in the waters off Gibraltar made the Iranian authorities indignant and they promised retaliatory actions along the principle of parity. The situation has gotten so red-hot that Iran may even break off diplomatic ties with the UK.

It is not surprising therefore that, on the background of latest developments, Hasan Rouhani has decided to put period to the situation around the JCPOA. As he met with French President Emmanuel Macron on Saturday, he apportioned blame for Iran’s partial suspension of obligations on the nuclear program to the European partners.

“It’s important for the EU to act in compliance with its obligations that arise from international agreements and UN resolutions,” Rouhani said.

He indicated that Iran’s most recent steps stayed within the limits of the nuclear deal and did not encroach on the JCPOA terms in any way. He also made it precisely clear that only the lifting of all the sanctions would prompt Iran to revoke its decisions. Thus Rouhani stated that Iran expected the elimination of the whole package of U.S. sanctions in addition to fulfilling the ultimatum on INSTEX.

The Europeans cannot influence Washington’s decisions and that is why one can predict more assertiveness on the part of Iran.

Still one thing is definite – Iran certainly has no plans for a full-scale confrontation with Europe or for a breakup of the nuclear deal, as in this case the risk of an international embargo prone with a full paralysis of the national economy will be much greater.