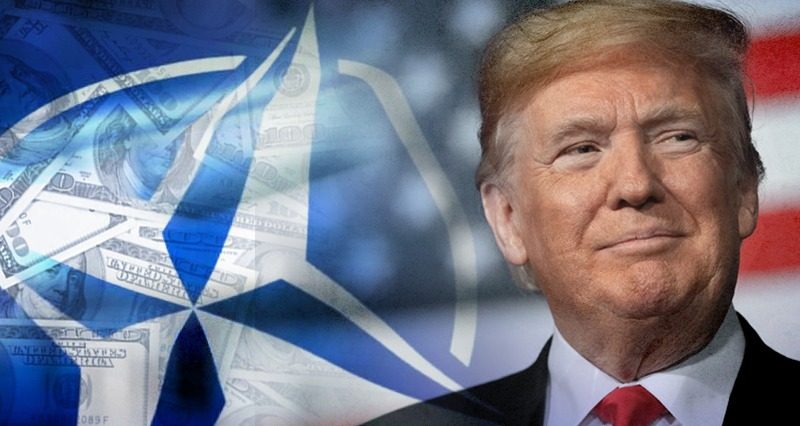 Building a wall along the U.S. southern border was one of Donald Trump’s key electoral promises. While making a speech on June 16, 2015, where he announced his plans to run for presidency, he said,

“I would build a great wall, and nobody builds walls better than me, believe me, and I’ll build them very inexpensively, I will build a great, great wall on our southern border. And I will have Mexico pay for that wall. Mark my words.”

In January 2017, President Trump fulfilled his promise and ordered to get down to building the wall. The irony of the situation is that he failed to make the Mexicans pay for the wall, even though he claimed that Mexico was paying for it through the new trade agreement (USMCA). “Much of the Wall has already been fully renovated or built. We have done a lot of work,” Trump said on January 2, 2019.

Large sections of WALL have already been built with much more either under construction or ready to go. Renovation of existing WALLS is also a very big part of the plan to finally, after many decades, properly Secure Our Border. The Wall is getting done one way or the other!

Yet Trump’s resolve to fence Mexico off encountered strong resistance in the U.S. Congress after some time, though. The president’s initial estimates suggested that the construction works would cost $ 25 billion but when he bumped into the Democrats’ resistance in 2019, he demanded an additional allocation of no less than $ 5.7 billion for the wall project.

However, the Democrats who had got the majority of seats in the House of Representatives at the election in November 2018 turned the request down. Instead, Trump received only $ 1.37 for building a border barriers.

Since Trump is obviously eyeing a second term of office, he must live up to his promises. That is why construction of the wall on the border with Mexico has moved up the list of the president’s priorities. Trump claims that Mexico is boosting a humanitarian crisis along his nation’s southern border and across the entire territory of the U.S. For him, the situation in the field of security there is worse than in Afghanistan.

Donald Trump has tapped a rather sophisticated method of getting the needed amount of financing for building the Mexican wall. He seems to have proceeded from a principle that suggests, “We’ll take the monies from where security is certainly unneeded.”

U.S. Acting Secretary of Defense, Patrick Shanahan endorsed the allocation of $ 1.5 billion by the Department of Defense for building a 128-kilometer section of the wall on the southern border. About $ 600 million of that amount was meant for the upkeep of security forces in Afghanistan.

A step on the part of the U.S. reveals in bold relief, in the first place, the glaring inconsistency of the Trump Administration in conducting its policy. Secondly, the decision to pay up construction of the southern wall at the expense of the funds set aside initially for the upkeep of the Afghan Army violates the U.S.-Afghanistan Strategic Partnership Agreement.

This legally binding document says that the U.S. undertakes to give logistic assistance to security forces in Afghanistan. The Afghan Defense Ministry says, in the meantime, that the annual spending for the maintenance of the Armed Forces in the much-troubled country stands at around $ 6 billion, and that is why the slashing of assistance by Trump will inevitably bring about a weakening of the Afghan security forces and will affect their combat capability.

Add to this another weighty factor to be reckoned with – the amassed relocation to Afghanistan of the followers of ISIS after the defeat of the grouping in Syria and Iraq. Now they also pose a threat to the country that has long mired in a war with Taliban. ISIS militants who have entrenched themselves in the remote mountainous areas of Nangarhar, Khost and Hindukush have declared the establishing of a branch of the Great Khorasan caliphate. Their plans envision the seizure of neighboring regions of the Central Asian countries.

Threats to security in Afghanistan are as ominous as never before. And they are apparently more pressing than the migration crisis on the U.S.-Mexican border.

Another Snippet of my forthcoming report on ISK, "Allied and Lethal" (releasing November 2018) #Khorasan #ISKP #IslamicState
Since its emergence in the region, ISK has not shied away from unleashing terror against state targets in Pakistan or Afghanistan. pic.twitter.com/J2ZP8wcv3a

It is worthwhile recalling that ISIS units managed to carry out far more bloodiest terrorist acts against civilians in Afghanistan in the past two years alone than Taliban did over a period of several years.

📌Infographic (Operations of the #ISKP in #Kabul, #Afghanistan/#Khorasan) [English] pic.twitter.com/4KiFm9hUHV

It is doubtless that the threat posed by ISIS in Afghanistan is extremely grave and it requires maximum mobilization of security forces – the Afghan forces and the ones supported by NATO likewise.

Yet Trump’s decision to slash the funding stands at variance with the obligations and principles of cooperation promulgated by NATO, of which the U.S. is a member.

An agreement was reached with the Afghan President, Ashraf Ghani, in the autumn of 2018 on NATO’s continued sponsorship of the Afghan army through to 2024 as a minimum. Ghani stated it personally at a joint news conference with NATO Secretary General Jens Stoltenberg.

Stoltenberg too confirmed NATO’s plans to continue financing of the Afghan army. The format of NATO’s Resolute Support Mission in Afghanistan presupposes the annual financing in the amount of $ 4 billion on top of training of the Afghan security forces. The breakdown of this sum shows that U.S. allies in the bloc allocate $ 1 billion and the U.S. Administration, $3 billion.

It is clear that Trump proceeds from economic rationale as he takes political decisions. Still the change of priorities and the decision to slash the budgeting of Afghan security forces for the sake fencing oneself off from Mexico by a ‘great wall’ looks more than just weird.

The so-called ‘Mexican crisis’ cannot in any way be assigned the same red-level alert status, which the situation in Afghanistan apparently has. Therefore, Trump’s moves to cut down the funds aimed at supporting security in one of the hotbeds of extreme tensions seem to be bigger than treachery towards the international agreements co-signed by NATO allies. It is robbery in a bid to satisfy personal ambitions and whims.