Has China succumbed to the pandemic or not? 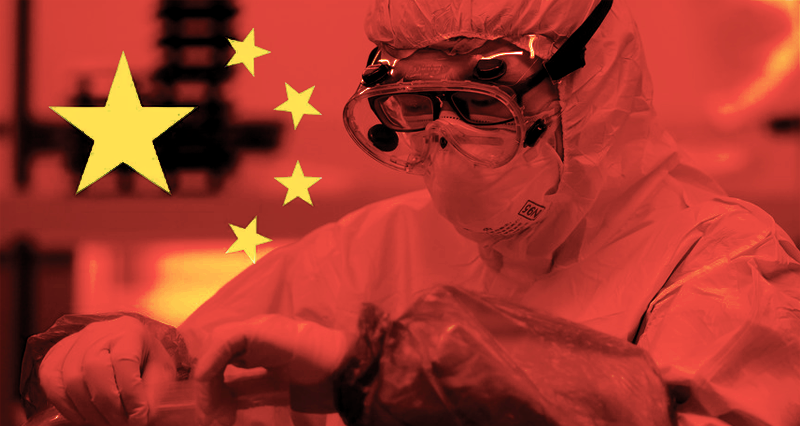 Editorial note by Socialist China.org, where the following article first was published:

We are pleased to publish below the English version of an article by Adnan Akfirat, Chairman of the Turkish Chinese Business Development and Friendship Association (and member of the Friends of Socialist China advisory group), countering Western propaganda about China’s evolving strategy against the Covid-19 pandemic.

Having lived through 63 days of quarantine in Shanghai in 2022, and then contracted Covid for the first time upon travelling to Türkiye, the author has witnessed at close quarters the accomplishments of China’s Dynamic Zero Covid policy, which saved many millions of lives while China bought time to develop and deploy vaccines and treatments, and to bolster its healthcare system. He notes that China’s extraordinary mobilization of resources for the protection of human life against Covid is testament to the superiority of the socialist system.

Adnan further observes that there has been a positive side-effect of the Covid-19 pandemic in China, in that it has accelerated the improvement of the public healthcare system and stimulated a return to the development of comprehensive, state-funded, high-quality healthcare for all.

The article was originally published in Aydınlık and has been translated into English for us by the author. A shorter version has also appeared in Global Times.

The People’s Republic of China’s policies against the Covid-19 pandemic have been a major concern for US governments. The strict controls and quarantines required by China’s Dynamic Zero Covid policy were denounced as human rights violations. Towards the end of 2022, China determined that the virus was no longer so lethal and adopted a strategy of loosening restrictions. This time, the Atlantic camp accused China of “endangering humanity” and began to impose restrictions on Chinese tourists.

In his New Year’s speech at the start of 2023, President Xi Jinping emphasized that “since the COVID 19 pandemic, we have always put people and life first.” Xi said China has entered a new phase in its fight against the epidemic and “we have adapted our COVID 19 response in light of the evolving situation to protect the lives and health of the people to the greatest extent possible.”

For the last two months, US and European leaders and Western media have been accusing China of spreading disease and making the Chinese people miserable. Unfortunately, the Turkish media has also joined this campaign without questioning it. If you look at Turkish newspapers and TV channels, especially on social media, you will see that “China is collapsing from the disease!”

I write as someone who lived through 63 days of quarantine in Shanghai in 2022: since the beginning of the pandemic, the Chinese government has effectively mobilized the population and all resources on an unprecedented scale. As a result, China has managed to keep the virus at bay and to keep the loss of life at a surprisingly low level compared to many Western countries.

With 1.4 billion inhabitants and still a developing country, China has bought time with tight control, anticipating that if millions of people were to fall ill at the same time, its healthcare system would collapse.

By the end of 2021, China’s population aged 60 and over had reached 267 million, while the child population exceeded 250 million. If China had followed the same policy as the US, based on Singapore’s estimated infection mortality rates, the number of deaths in China for those aged 60 and over alone would have been around 600,000.

The numbers of patients dying are not just mere numbers; each one is a heavy burden for the families and friends of the lives lost. Can we stand by and accept the loss of the elderly and children around us? We say with Asian consciousness, this is absolutely unacceptable!

China’s social system, history and culture, values and social conscience do not allow us to stand by and watch the generation of parents and grandparents and babies being squeezed by the threat of death. In the UK, hundreds of people have died in just one nursing home due to the epidemic. If this happened in China, there would certainly be riots.

The superiority of socialism

Strict prevention of the spread of the disease has enabled China to weather difficult times and withstand multiple waves of epidemics. China’s stringent measures have freed up precious time for research, development and implementation of vaccines and treatments, as well as for making medical supplies readily available. This has minimized the number of serious cases and deaths, and as a result, the health and safety of the population has been greatly protected.

This achievement is an important testament to China’s respect for human rights. Because the most important human right, that neoliberalism has made us forget, is the right to life! And the primary duty of governments is to protect the lives of the people. The most severe virus outbreak of the last 100 years proved the superiority of socialism over capitalism.

The World Health Organization-China Joint Task Force, in its report published on February 28, 2020, records as follows: “China’s response to the Covid-19 epidemic is the most ambitious, agile and aggressive disease prevention effort in history.” Moreover, “China’s exceptional nationwide implementation and strict adherence to these containment measures was only possible because of the Chinese people’s deep commitment to collective action in the face of a common threat.”

For most of the past three years, most Chinese have not been infected with Covid despite strict precautions and long quarantines.  As a matter of fact, I first contracted Covid when I arrived in Turkey in July 2022.

Why did it change?

Why did China move to a liberalization phase when it was successfully pursuing a Dynamic Zero Covid strategy? The answer is simple. Because nowadays, the virus has significantly changed its nature. With the lethality of the Omicron variant declining and the speed of its spread increasing, China has taken the initiative to defeat the disease by changing the way it fights the epidemic. The strict measures taken over the past three years and the improvement of its capacity to fight the disease have been decisive in shifting to the new policy. China has shifted the focus of its response from “stopping infection” to “protecting health and preventing serious cases”.

The Chinese government assesses that “this change is science-based, timely and necessary”.

China will continue to work to make its Covid response measures more science-based, targeted and responsive to the evolving situation, and to better facilitate safe and orderly cross-border travel of Chinese and foreign nationals.

China has devoted its efforts to research and development of vaccines, rapid test kits and medicines, launched the largest vaccination campaign in the world, and promoted the use of both traditional Chinese medicine and western medicine. Omicron, which has become the dominant strain of the virus globally, is transmitted very quickly, but serious cases and mortality remain low.

China announced that it has administered more than 3.4 billion doses of Covid vaccines nationwide. The vaccination rate has exceeded 92 percent in the total populatio. It was announced that the measures taken have significantly improved the health and personal protection capacity of the Chinese people.

With the easing of restrictions, the number of people infected with the virus in China has increased dramatically. However, the situation is progressing as predicted and is under control. The capital Beijing was the first major city to reach the peak of infection.  But life is slowly returning to normal.

China is confident that it can protect the public’s health and prevent serious cases, while accelerating the normalization of economic and social life to achieve a complete and final victory over the pandemic.

The bill that China pays

As the pandemic continues, as the virus continues to mutate, what the public needs is to raise awareness of the protective measures against the virus, to promote vaccination, and thereby defeat its ability to take lives. China has done this. But China’s Zero Covid strategy has come at a huge cost. According to the 2021 health development data released by China’s National Bureau of Statistics and the National Health Commission, total health expenditure in 2020 and 2021 reached 14.7 trillion yuan ($2.2 trillion), the same as the total health expenditure in the three years between 2016 and 2018. Moreover, in April 2022, the National Health Insurance Bureau announced that 3.2 billion doses of COVID 19-19 vaccines were administered nationwide, amounting to more than 120 billion yuan ($18 billion).

As if to prove the saying “there is good in every evil”, the epidemic accelerated the improvement of China’s public healthcare system. The fight against the epidemic has led to a rapid return to the socialist policy of free healthcare for all that was abandoned during the Reform and Opening Up era.

In 2009, the government announced a health reform plan that aimed to provide affordable, basic care for all by 2020, with a particular focus on rural populations. By 2011, state-funded health insurance covered more than 95 percent of China’s population in some form. By 2017, the number of health workers per capita had almost doubled (increased by more than 85 percent) and the number of hospital beds had increased nearly one and a half times. According to the 2019 “Healthy China” report by the World Health Organization, the World Bank and the Chinese government, thanks to a large increase in government spending on health care since 2012, out-of-pocket payments for health care have fallen from about 60 percent to 30 percent of household health expenditure.

Most of those infected with the Omicron strain recover within a few days. China has been very prudent in changing its policy. The CPC is now preparing for a new economic miracle. The Chinese government is flexing its muscles to normalize the economy and quickly recover the losses of the past years. It is anticipated that China’s growth rate in 2023 will exceed IMF and World Bank forecasts. The Asia Times newspaper is sounding alarm bells for the Western world with the headline “China’s explosive rise in 2023 debunks US soft landing thesis.”

How beautifully said by our ancestors: “What dawns before sunrise!”