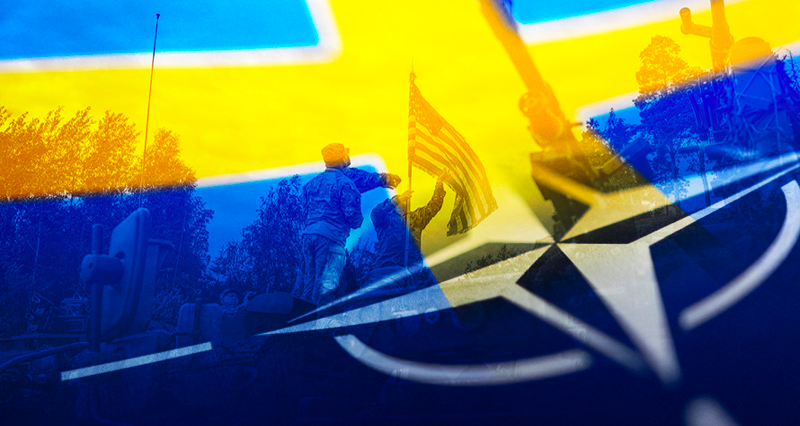 The People and Defense (Folk och Försvar) conference, held in Sälen, a ski resort in northern Sweden on January 8-10, was marked by discussions on the country’s NATO application and Türkiye’s position. The ruling and main opposition parties and NATO Secretary General Jens Stoltenberg attended the conference.

Speaking at the conference about Sweden’s NATO application, Swedish Prime Minister Ulf Kristersson mentioned the list of names, whose extradition Türkiye demands: ”Türkiye confirms that we have done what we said we would do, but they also say that they want things that we cannot or do not want to give them. These are issues not included into our three-way agreement. Türkiye sometimes names people that they would like to have extradited from Sweden and it’s well known that Swedish legislation on that … is very clear: courts make those decisions, and there is no room for changing that. I told them that we could only act by Swedish law. We can’t extradite a Swedish citizen to another country. The decision is now up to Türkiye.”

Speaking at the same conference, former prime minister Magdalena Andersson supported Ulf Kristersson’s remarks: “Now the NATO application must be finalized. Our application was approved by 28 NATO member states at record speed. We had already reached a three-way agreement addressing every issue at the Madrid meeting. The government and the opposition have once again shown that they are committed to national unity and cooperation when it comes to Sweden’s interests.”

NATO Secretary General Jens Stoltenberg stated in an interview with Swedish newspaper Aftonbladet: “It’s time for Sweden to join NATO because it has done what’s necessary to secure Türkiye’s approval for membership. In the meeting in Istanbul I have said to the president and officials that time has come to bring to an end the ratification process for Sweden. … My hope now is that Sweden’s application will be approved as soon as possible, but I don’t know when the Turkish parliament will do that.”

It is expected that Hungary will approve Sweden and Finland’s application in February.

A US base in Sweden?

Speaking at the same conference, Swedish Defense Minister Pål Jonson said that the negotiations for a “Defense Cooperation Agreement (DCA)” with the US have begun. The Minister emphasized that this means receiving American support quickly and effectively in times of crisis and war and that the agreement, which covers many areas, will make it easier for American troops to operate in Sweden. He added that the agreement would include issues such as legal status, storage of supplies and materials, and investments in infrastructure. The media is reporting that the government is “negotiating with the US to deepen relations and facilitate the deployment of US troops in Sweden.”

The support provided by the US to Sweden and Finland, two countries that are not yet officially NATO members, renders Türkiye’s “veto” in NATO ineffective and enables Sweden to join NATO through the back door under the name of “US and Northern Cooperation”. Sweden and Finland, which have also acquired Patriot missiles from the US, continue to conduct military exercises with their northern neighbors and NATO troops as if they were NATO members.

As it is known, three of the Northern Five – Iceland, Denmark and Norway – are NATO members. In her speech at the conference, former Prime Minister Andersson called for the establishment of a “Nordic Commission for Defense and Cooperation”. In this way, she indicated that it is possible to create a strong and effective northern bloc without NATO’s approval as a whole.

Sweden, which has a strong arms industry, will spend 2% of its GDP on defense. There is a consensus between the government and the opposition on this matter. Former Social Democrat Prime Minister Magdalena Andersson had stated at a meeting of EU heads of state and government last year that “the war in Ukraine might be a long one, so Europe needs to produce more weapons”, and added: “Armaments provide a great opportunity for the Swedish arms industry. We have good weapons. They are also good in terms of cost.”

“We cannot let Russia win the war,” Andersson said in the conference. She repeated the sentence in English, perhaps to gain more support. She stressed that it is very important to continue to support Ukraine militarily, economically, humanitarian and long-term, and that Sweden’s military strength has increased since 2014: “The war in Ukraine has shown that we have to have a high level of military power, and not only material power, but also military power to fight.”

In a statement issued after the conference, it was announced that the number of civil defense forces will be increased once more and that the population will be subject to “compulsory civil defense duty” in the event of crisis and war. The parliament will take this decision in the coming days so that every Swedish resident between the ages of 16 and 70 (regardless of citizenship or ethnicity) will be assigned a role in civil defence. Everyone will be given a task according to their ability and capacity. The Employment Agency will be responsible for the tasks.

‘Those spying for Russia’

There have been detentions or accusations of spying for Russia in Sweden for some time. Institutions are now announcing and warning the public that Russia might carry out more spying activities. Sweden has recently passed what is known as the “spy law”. It has been argued that this law could undermine the “freedom of expression” of journalists.

Türkiye’s veto on NATO and the extraditions

Political analysts in Sweden point out that Türkiye is in the run-up to the elections and that Türkiye not approving Sweden and Finland’s NATO application will be used as propaganda during the elections, so the final decision may be postponed until after the elections. It is known that Sweden does not extradite to Türkiye the people Türkiye asks for. Moreover, it is not clear how many people on the list are, as Prime Minister Kristersson said referred, Swedish citizens. Moreover, the Swedish Court of Appeal takes judgment after judgment ruling these people could not be extradited, arguing they face repression upon returning to Türkiye. The topics covered in the Swedish press for days are as follows: Three people have been extradited to Türkiye so far, one of whom is sought for ordinary crimes, two others extradited despite not being on the list were arrested at the border and tortured.

In recent days, prominent Swedish writers-politicians-academics, together with Kurdish activist lobbyists, have been calling for “no one to be extradited to Türkiye which is not a state of law”.

After Türkiye’s veto, the already existing “anti-Türkiye sentiment” has escalated. The counter-propaganda ranges from President Erdogan to cross-border operations, from imprisoned journalists to corruption.

The latest demonstration against President Erdogan took place in front of Stockholm municipality building on January 12. A model depicting Erdogan was hung from his feet. A group called “Rojava committees” organized the protest. “Take the opportunity and resign before being hanged in Taksim Square,” (Istanbul’s main square) the committee tweeted. The committee describes itself as “a network of solidarity and cooperation between revolutionary movements from all over Kurdistan.” Even such a despicable demonstration gained support by some people in Sweden who perceived it through the context of the “NATO veto, human rights violations in Türkiye, and Türkiye’s cross-border operation in Syria”. Another problem in Sweden is that there is no “Turkish” lobby to counter the “separatist Kurdish lobby”.

In short, the north winds of the Atlantic are getting fiercer. Will Türkiye will give up its demands from Sweden and take new measures to restore its reputation as an “untrustworthy, repressive, authoritarian country” or it will insist on its veto and be excluded from NATO.