Are the US preparing to expel Türkiye from NATO? 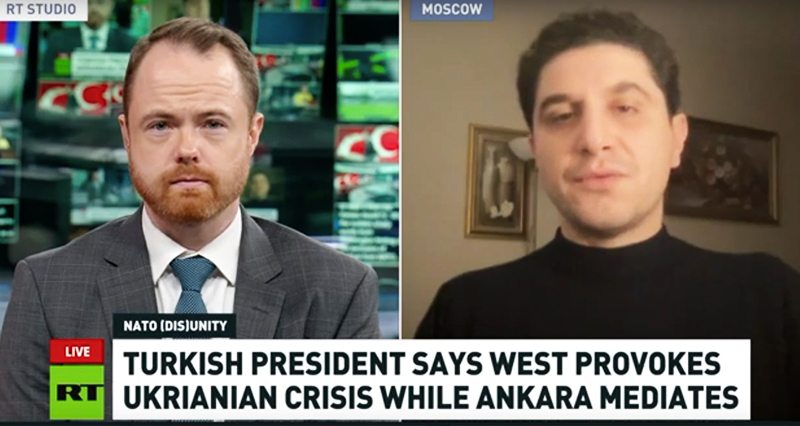 The former US security advisor John Bolton made a striking comment on Türkiye about a week ago. He said “Unfortunately, this includes Türkiye, whose NATO membership should be in doubt in 2023 if [Turkish] President Recep Tayyip Erdogan – probably through fraud – will be re-elected in the elections scheduled for June.”

I would like to get your opinion. What do you make of this comment by the former US security advisor?

First of all I have to say that it is not a big surprise for me and I think, also not for the Turkish public. Because more the Turkish government and state is establishing good relations with its neighbors like Russia, Iran and also recently Syria. Therefore, the US pressure on Turkish government is increasing. That is why Mr. Bolton made this kind of a statement about Turkish domestic policy, elections and Türkiye’s NATO membership.

Do you think it is even remotely possible that Türkiye could be excluded from NATO and how would that even happen?

I think that today Türkiye has no more common interests with NATO. NATO member countries are supporting terrorist organizations like PKK/YPG, Fethullah Gulen Terror Organization (FETÖ), which are acting against Türkiye’s national security. So why does Türkiye have to stay as a NATO member?

So do you think that Türkiye could voluntarily leave NATO and shift towards other alliances?

There are two different ideas within Türkiye. Some people are defending the idea to stay within NATO claiming that Türkiye can keep its right of veto, for instance cases like Sweden and Finland’s membership. But due to Türkiye’s normalization process with Syria and highly good relations with Russia and Iran, pressure from West will continue to increase in the coming period. In this respect, it is possible that Türkiye will voluntarily leave NATO.

The Turkish government was following balance policy between West and East. Türkiye has talks with Ukraine, but at the same time it is a very good partner for Russia. However conditions are evolving even for Türkiye through where it would no more be possible to pursue a balance policy between NATO and Russia. The head of NATO, US, is employing more and more pressure on Türkiye in economy, policy and even military sphere insisting on its support terrorist organizations in north of Syria.

Talking of terrorist organizations… NATO may expand in the near future with Sweden and Finland, but Ankara is asking those two countries to send terrorist suspects to Türkiye. Do you think NATO got a bit too big to be manageable and do you think these divisions are likely to increase as it expanses?

The case of Sweden and Finland is not an exception. NATO members (the US, France, Germany, Netherlands) support terrorist organizations in a strategic manner for more than 30 years. Finland and Sweden are no more than two samples of this strategy, which came to the fore because of their application to NATO membership. When we evaluate Turkish national interest and NATO’s strategy, it is obvious that there is no common ground anymore.