“Time for the US to leave the region” 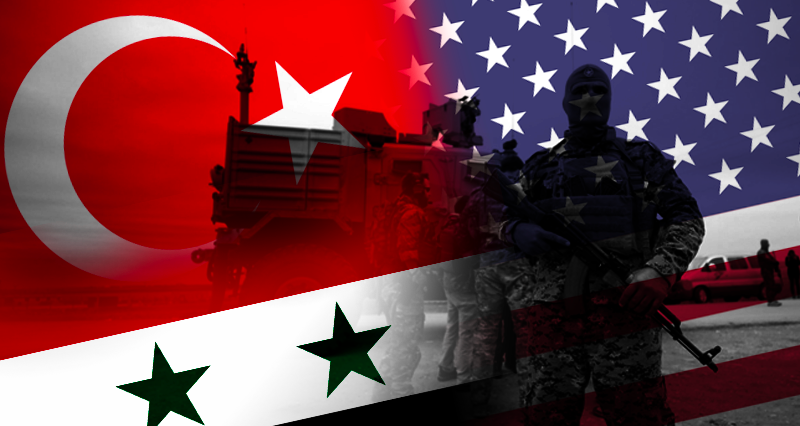 The meeting caused a worldwide echo. It is considered of turning point for the near future of the region and Syria-Türkiye relations, which have been almost entirely severed since the start of the civil war in Syria in 2011.

We share the assessments Vatan Party Chairman Dogu Perinçek, who previously met with Syrian President Bashar al-Assad in Damascus and of Prof. Mehmet Yuva, the President of the Türkiye-Syria Friendship Movement. Both have commented on the issue in the Turkish national TV channel Ulusal Kanal.

We are on the threshold of a new historical phase. This meeting is not just an ordinary meeting because it is the meeting of those who have already and who will in the future make history.

Meaning of the meeting: Joint use of armed forces

We are at a very significant moment for the expulsion of the US from West Asia. The charges of those that attended the meeting need a special emphasis: They are defense ministers, that is, ministers who lead the armed forces. So this meeting is a meeting for joint use of armed forces. This means that Türkiye-Russia-Syria will use armed force together in northern Syria.

Towards the dissolution of PKK

The PKK is screwed. The PKK will be wiped out with the cooperation of the three countries. The PKK has no choice but to surrender. PKK leaders have started to discuss where they will escape or to whom they will surrender. Let us call on them: There is no other option for you but to dissolve PKK. Immediately drop the US-Israeli weapons in your hands and stop your treacherous acts against the Turkish soldiers.

Time for the US to leave the region

It is time for the US to leave the region! And also for organizations like ISIS-DEASH, which are pawns of the US and Israel! The Türkiye-Syria cooperation will eliminate terrorist organizations operating under both ethnic and Islamist banners. The territorial integrity of Syria will be achieved through the joint military cooperation of the three countries.

We are witnessing historical events. In 2007, Syria, together with Türkiye, brought the “5 countries 5 seas” project to the fore. Now, it will become clearer in the coming period which forces will take part in this project. The establishment of a broad front centered on Türkiye-Syria, including Russia and Iran and supported by the People’s Republic of China will be very important for the peace and economic growth of the region and the world.

The 5 countries 5 seas project is hampered mainly by the US military presence and US’s projects in the Aegean, Mediterranean, Ukraine and Georgia. It is undoubtedly the case that military industries and their subsidiaries have benefited enormously from these war policies. However, the world will either be destroyed by these war policies or countries will take a firm stance against them.

Expulsion of the US and terrorist organizations

The most urgent task is the expulsion of the US from Syria and the neutralization or expulsion of terrorist organizations based on religion, sectarian and ethnicity.

The talks between Türkiye and Syria, which started first between the intelligence and defense ministers and then between the foreign ministers, will turn a new page in the world after the summit of the leaders of the two countries, which will probably take place in the first month of spring.