Russia and the West: Towards a Long War 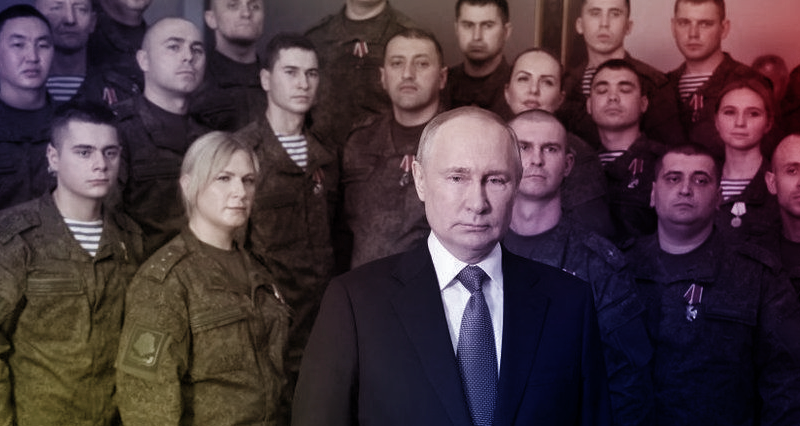 Russia entered the New Year with rain, not snow.

Unlike previous years, the Kremlin and its surroundings were calm. The lights of the houses were on.

At five minutes to 12, President Putin appeared on Russian television. Lined up behind him were men and women in uniform.

Putin addressed his citizens from the Southern Military District Command, located near the Ukrainian border. His speech, broadcast on tape, was long and full of moral values.

As I observed from Moscow, the Kremlin followed a line of trying to keep Russian citizens psychologically distant from the ongoing war against the West in Ukraine.

But as the war dragged on and Western sanctions became more severe, the Kremlin changed its attitude.

Then posters of “Heroes of the Fatherland” appeared in cities, especially on public transportation.

Putin’s New Year speech signaled that the transition phase is coming to an end and that Russia is almost entirely preparing for a long war.

“The defense of the homeland is our sacred duty to our ancestors and descendants. We have the moral justification based on history,” Putin began his speech.

After expressing his gratitude to the soldiers, Putin made the following remarks, which remind that different sectors of society are part of the ongoing war and address the productive classes:

“Millions of people are with you in their hearts and souls, and will be raising a toast to you at their New Year’s table. Many thanks to everyone who provides ancillary support for military operations: drivers and railway workers who deliver supplies to the front, doctors, paramedics, and nurses who are fighting for soldiers’ lives and nursing wounded civilians. I thank the workers and engineers at our military and other plants who are working today with great dedication, builders who are erecting civilian facilities and defensive fortifications, and helping to restore the destroyed cities and villages in Donbas and Novorossiya.”

And he stated that the struggle against the West, which has declared a “war of sanctions” against Russia, continues.

During the course of Putin’s speech, the Russian and Ukrainian armies continued their mutual offensive and some Russian cities were targeted.

The Russian Defense Ministry announced that US-made HIMARS missiles killed 63 Russian soldiers in a building in Donetsk on New Year’s Eve. According to media reports, more than 100 Russian soldiers were wounded in the same attack.

In the meantime, there are rumors of a new military mobilization in Russia.

It is an undeniable fact that the longer the war goes on, the tougher it gets.

The US and its European allies continue to provide military aid to Ukraine, despite their cracked voices and their deteriorating economy.

As Russian officials have underlined in their statements, the US insists on its strategy of completely severing ties between Europe and Russia through Ukraine.

It is obvious that Washington is aiming for a regime change in Russia, which it plans to weaken in this way, just like it happened in 1991.

But the Russians are resisting militarily, economically and politically.

As the Russians resist, the positions of the Asian countries, especially China, and the states that oppose the unipolar world domination of the US, on the side of Russia, are becoming more and more clear.

How long will the war endure?

The world is going through a decisive change.

The US insists on preserving the unipolar order it has established. But we are in a multipolar world, as Western strategists and intellectuals also acknowledge.

So how far will the ongoing war go?

In any case, the war between the West and the East over Ukraine is likely to drag on.

However, the world is no longer the old world, as the developments show once again.

And nothing will ever be the same.