From Ivan the Terrible to Stalin and today: History of Russia and the use of force and violence (Pt.1) 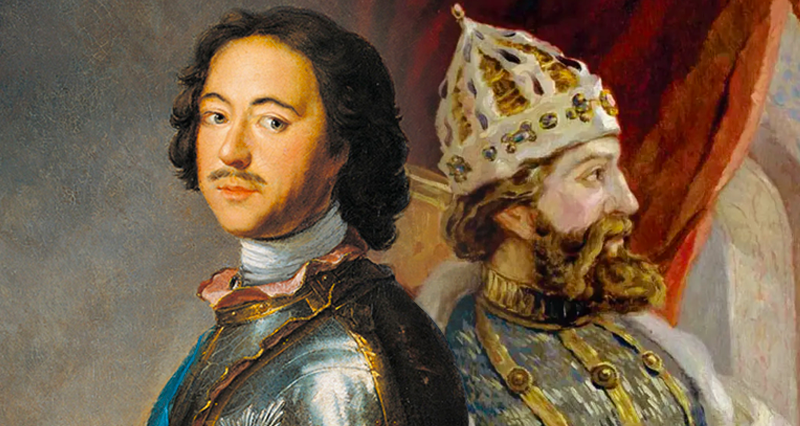 Following Russia’s special military operation in Ukraine, a debate lived up again on the role of force and violence in history – especially concerning the history of Russia itself. United Woeld International author has given a lengthy interview to Emrah Maraşo, editor-in-chief of Turkish monthly magazine Bilim ve Ütopya (Science and Utopia).

The interview was published first in Turkish. UWI presents it in chapters to our readers.

In 1565, Ivan IV established a special organization of military servants called the “Oprichnina”. While some historians see this as a tool of Ivan’s sheer brutality and tyranny, historians who adopt the Marxist method, such as Platonov and Pokrovsky, consider Oprichnina as a means of eliminating princes and aristocracy who opposed Russia’s unity under the Tsar, as an institutional structure that led to the triumph of the monetary economy over the natural economy and ascribes a progressive function to it. What was the role of Ivan the Terrible in Russian history and for what purpose did he employ Oprichnina, which is the instrument of his violence? Do you find Ivan’s violence progressive?

First of all, there are two distinct views on Ivan IV or Ivan the Terrible. These different views persist even today and are in line with today’s disagreements and camps. In today’s world, liberals, westernists, those who favor a looser state model, the intellectuals of neoliberalism perceive Ivan’s actions as despotism and tyranny. On the other hands, the Marxists of Stalin’s era and today, and even not only Marxists, but also Russian Eurasianists and adherents of orthodoxy, like Platonov and Pokrovsky, have the opposite view.

In Ivan IV’s era, Russia was not politically and religiously subordinated to a single center, but to different authorities. These local entities were politically under the rule of the Golden Horde and religiously under that of Constantinople/Istanbul. Towards the times of Ivan, these two empires, the Byzantine and Golden Horde, both collapsed. This sets the stage for the emergence of Russia as the Russia we know today.

And the measures taken by Ivan IV in this period laid the foundations for today’s Russia: Moves towards the gradual elimination of feudal principalities and aristocracy, in other words, an administrative centralization. In addition, under Ivan IV rule there is an urge to protect Russia against the other powers. Of course, centralization leads directly to authoritarian situation and violence.

It envisages the elimination of those who were gradually decaying or who posed an obstacle to Russia, but it also plays a role in preventing attacks from the outside to subjugate Russia. From this point of view, we see the motive to protect Russia against other powers, both in terms of armed power and economy.

For example, Stalin said that about Ivan IV the following: Ivan the Terrible’s wisdom lies in the fact that he had a national perspective and protected the country from the infiltration of foreign powers and foreign influence into his country. So, while emphasizing his patriotism he also says that protecting his country against economic and physical attacks from outside is the basis of his wisdom.

In addition, Stalin says that in history, only Lenin and Ivan the Terrible imposed taxes on foreigners. Stalin also points out the points where Ivan differs from Peter the Great. On the one hand, they are both great emperors, but Ivan is the one who laid the foundations of today’s Russia and centralized it, while Peter the Great opened the country completely to the West along with important reforms. In other words, Ivan built a structure based on Russia’s own roots, while Peter drew a path by following the principles and development model of the West. And Stalin argues that the palace was not a Russian palace during the reign of the tsars after Peter the Great, quite the contrary it turned into a German palace, especially during the reign of Catherine II.

The discussion about Genghis Khan

In Russia, the difference in evaluations on Ivan is also seen in the case of Genghis Khan. About Genghis Khan, one can say that he crushed, burned down and destroyed everyone and every place… There is a work by a Russian painter that depicts skulls stacked on top of each other about Genghis Khan coming to the Russian lands. On the one side there is slaughter and brutal violence, but Eurasianists in Russia consider Genghis Khan in terms of the creation of a state tradition in Russia. Russians learned a lot from Genghis Khan: from the postal organization to army organization and tax collecting. So it depends on the way you look at things.

How orientalism portrays Russians and Turks

I guess Orientalism also has an impact on this perspective of Eurocentrism.

Of course… Liberalism and neoliberalism sees only violence here, not constructiveness. The reason why this point of view does not recognize constructiveness is they think it is not possible for Russians and Turks to be constructive. Because for them, these nations are uncultured, uncivilized and barbaric. There is an orientalist point of view like Russians are bears and that Turks massacre. In order to portray Russia and Türkiye as destructive, aggressive, savage, uncivilized, uncultured, dictatorial, both in the past and today, they focus on the use of force only in terms of destruction. This is one of the key aspects of the Westernist and Orientalist point of view, which is quite reasonable because they don’t want a strong Russia and Türkiye. Stalin says that Ivan put up a wall that prevented foreign influence.

Historical sources of obstacles to the West’s exploitation and occupation

All of these are historical sources of obstacles to the West’s exploitation and occupation of Türkiye or Russia. Because the violence or armed force we are talking about, or even the tariff barriers – the tariff barriers are perhaps invisible, but they are no different from the ramparts of Kremlin and Istanbul to prevent their exploitation – they want to present the powerful state and the protective apparatus of that state as savagery, barbarism and destructiveness.

You just mentioned Stalin. Interestingly, when he first watched Eisenstein’s movie ‘Ivan the Terrible’ in 1941, at a time when the Soviets and the Nazis were in agreement, Stalin got very disappointed and harshly criticized the director. Why would a country that embraced communism film the life of a Tsar, and what was the point of Stalin’s criticism? Do you think Stalin established a historical continuity between Ivan and himself? If so, in what ways?

What was the reason for shooting the movie ‘Ivan the Terrible’?

First of all, in order to understand the policies of Stalin and the Soviet leadership at that time, it is necessary to mention that they were facing the German threat. They had to organize a strong resistance against this. In other words, it was necessary to take steps where the people would fight to the last drop of their blood and support the front with all their energy. So they are trying to dig into the depths of history, in a sense, to resurface the slightest elements in the history, and thereby create a source of motivation for the people. They are trying to inspire the idea that “we did it in the past, we can do it now”. At that moment Russia was a country ruled by socialism for nearly two decades since the October Revolution, but socialist values alone are not enough to mobilize the people. Russia is a country with a very strong state tradition. And of course there are people with different worldviews in the country.

Alexander Nevsky against the Teutonic Knights

Actually, the first step was to shoot ‘Alexander Nevsky’, not Ivan, during the period of the non-aggression pact with the Germans. They even removed the movie from theaters after the non-aggression pact was signed because the movie was full of references against German Nazism. In a scene Alexander Nevsky says, “Those who come here as friends will be welcomed with wine and bread, and those with arms will be responded with arms”. There he is facing the Teutonic Knights of the Germanic race. Of course, the Germanic race represents Germany, and the armor on the Teutonic Knights symbolizes German tanks. Eisenstein filmed this at Stalin’s request. He even got the “Stalin award”. But when the pact was signed, the movie was removed. Then, when the pact was broken, it was released again.

Movies were not only shot about Ivan the Terrible. There were also movies about Kutuzov, Nakhimov, the admiral of the Sinop raid. All the historic tsarist commanders and princes, and a man of more ancient times than Tsarism, Nevsky (like Alparslan of the Turks)… Nevsky has an important role in uniting the principalities. As I mentioned, they are trying to spread the feeling that “we already did it in the past, we can do it now” by all this. Posters of these people were hung up: Kutuzov, Suvorov, Nevsky and Red Army soldiers. Banners were made from Suvorov’s and Nevsky’s words, statues of Kutuzov were erected.

The link between Ivan the Terrible, Stalin and Putin

The revival of the church

They were making these films behind the front lines, in Kazakhstan. On the one hand people were fighting, on the other hand budgets and resources were allocated for these movies. You can only resist German fascism with strength and violence and all these components were used to motivate the people. Not only these, different actions were also taken in the field of religion. The church was revived. Stalin recognized the archpriest. The church was encouraged to organize resistance in the war and to raise money for it. In other words, all kinds of means to increase the fighting power were used. Certainly, cinema is one of them. All these films, Ivan the Terrible, Nevsky, Kutuzov, Suvorov, Nakhimov, were all made during World War II.